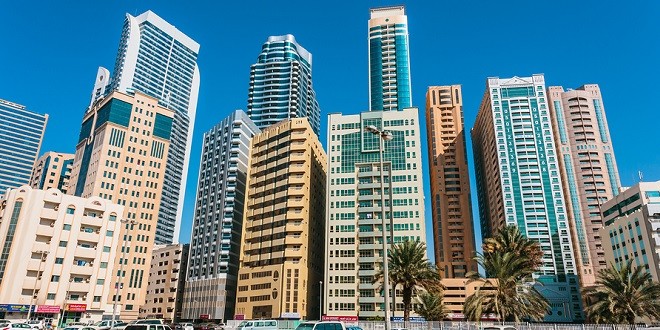 The Sharjah Chamber of Commerce and Industry (SCCI) held discussions with the commercial office of the Consulate General of the United States in Dubai on enhancing economic relations between the emirate of Sharjah and the United States, as well as increasing trade and mutual cooperation between the business communities of both sides.

These discussions took place during a business meeting held on Monday at the Sharjah Chamber. The meeting was held between Abdallah Sultan Al Owais, Chairman of the SCCI; and Shakir Farsakh, Commercial Officer at the US Consulate, where the two sides explored avenues of mutual investment and the exchange of expertise in the areas of entrepreneurship, innovation and advanced industries.

From the chamber, the meeting was attended by Ziad Mahmoud Khairallah Al-Hajji, Honorary Treasurer of the SCCI Board of Directors; Mohamed Rashid Ali Demas, Board Member of the SCCI; and Mohamed Ahmed Amin, Acting Director-General of the SCCI. From the US Consulate side, the meeting was attended by T’Errance Favors, Economics Officer at the US Consulate; and Ashok S Josh, a Commercial Specialist.

Abdallah Sultan Al Owais, Chairman of the SCCI, stated that the meeting comes as part of the chamber’s efforts to enhance its cooperation with the commercial office of the Consulate General of the United States in various avenues, which helps to develop the growing relations between the two friendly countries and contribute in creating partnerships between the business communities of both sides.

Al Owais added that the chamber has reviewed ways to increase mutual investments and partnerships in joint projects between Sharjah and the United States, and that it has reviewed the most prominent incentives and facilities offered by Sharjah to investors, which is what makes Sharjah an attractive destination for investment, especially for companies seeking to strengthen their presence across the region.

Shakir Farsakh, Commercial Officer at the US Consulate, stressed the depth of the friendly relations between the USA and the UAE. He expressed that the commercial office of the Consulate General of the United States in Dubai is keen to continuously develop its relations with the Sharjah Chamber, which contributes in enhancing the communication between the two sides in order to improve the level of economic cooperation and trade between the two countries.

The total volume of non-oil trade between the two countries reached $30.6 billion during 2017, representing a growth rate of more than 19% over a period of 5 years from 2012 to 2017. The volume of US investments in the UAE reached $5.2 billion by the end of 2016, which make the United States the third largest investor in the UAE.

The bilateral trade relations between the two countries are concentrated in vital sectors such as aviation, health care, technology, and construction. Furthermore, Emirati airline companies are among the largest buyers of American Boeing airplanes in the world.