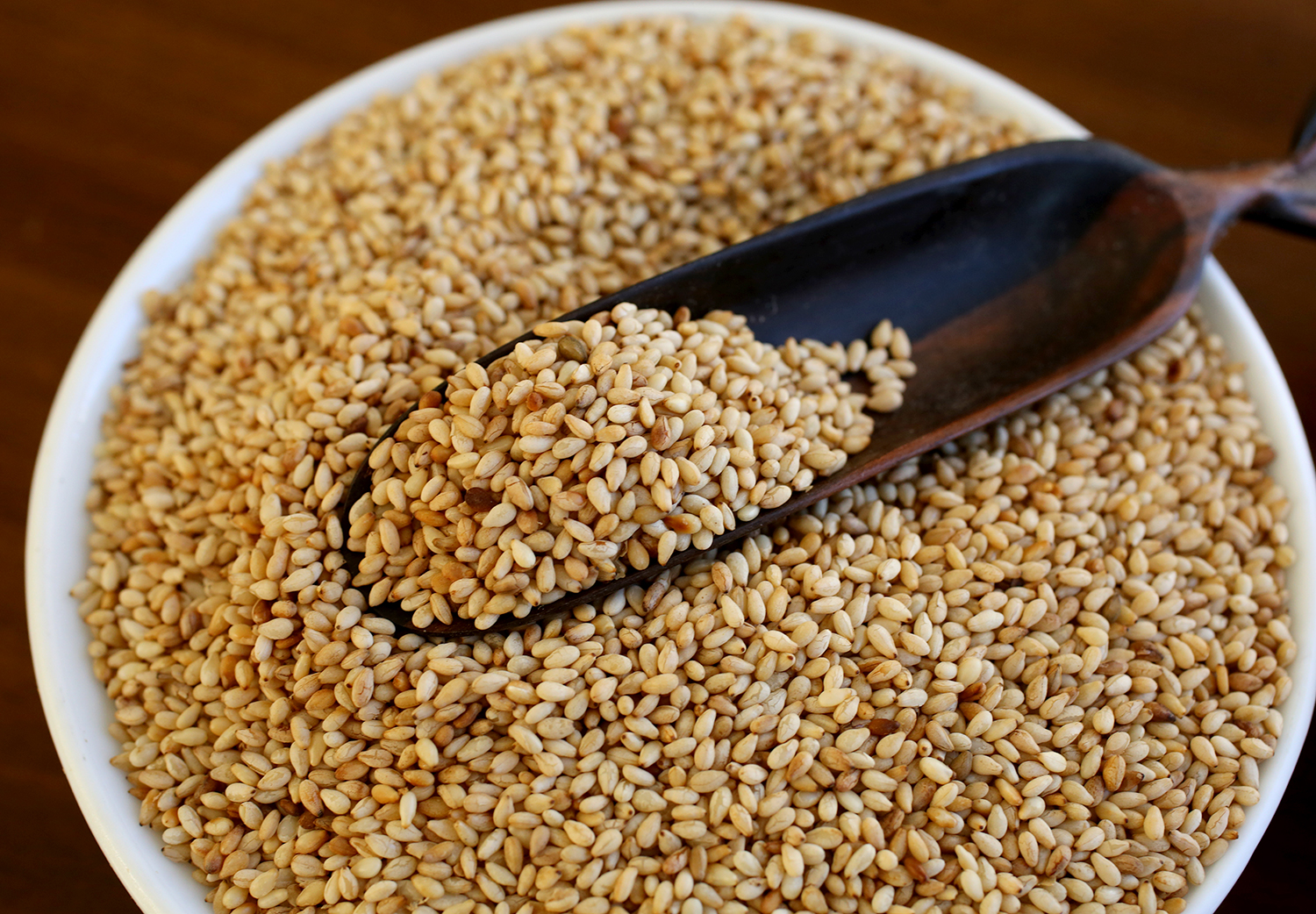 Sesame: Not just a Street

Sesame Street was created by Joan Ganz Cooney and Lloyd Morrisett in 1969.

The long running American children's television series was broadcast in more than 140 countries. In 2001 there were over 120 million viewers of various international versions of Sesame Street according to Wikipedia.

But sesame seeds open the door to a wealth of health benefits. Sesame plants (Sesamum indicum) are an annual herb from the Pedaliaceae family that had been grown for thousands of years. Its oil is believed to be the oldest oil that is derived from plants and used by people all over the world. The oil is high in Omega-6 fats. It has been used by the Chinese over 3000 years as ink, food, and medicine. The Old Egyptians used it to treat pain around 1500 B.C. The Roman and Greek soldiers carried the seeds pasted in honey as energy bars.

The word “sesame” is from Latin sesamum or Greek sesamon and derived from Arabic semsem. Archaeological reports from Turkey indicate growing sesame plants and extracting its oil 2750 year ago in the Urartu Empire.

Sesame is often called a survival crop because it can grow where no other crop can grow. It is drought tolerant and can survive on late rains or monsoon moisture residues or where crops fail. It can grow on edge of deserts providing valuable oil and seeds.

Also the seeds are used to garnish pastries or make candies and other sweets differing from one country to another.

In Syria it is a major component of the Syrian thyme mix. It adds a nutty flavor to the blend and essential vitamins and minerals.

But what if you live somewhere that does not offer tahini and halva?

I came up with a simple way to make it at home. First things first.

To make tahini you need sesame seeds. You can buy them roasted or raw. In the latter case just roast them lightly for 5 minutes. For 2 cups of sesame seeds you add 1 Tablespoon of flour and 1/2 teaspoon of salt.

After they cool completely put them in a powerful food processor adding little oil in the process as it becomes a paste like consistency. The oil used could be sesame oil, olive oil, or sunflower oil. The paste could be done to the smoothness you like. The oil quantity could range between 3 to 5 tablespoons adding the first spoon after a light crush of the seeds in the processor.

As for the halvah, I tried this recipe and it worked fine:

3- Half a cup of powdered milk.

6- Nuts (depending on taste pistachios, walnuts, almonds, or cashews).

In a mixing bowl mix the first 5 ingredients and need them to make dough like ball.

In a lightly oiled glass bowl sprinkle the nuts of your choice then press the dough to make it a solid one. Cover and put it in the fridge overnight. Next day turn the bowl upside down and remove the nicely packed halava.