September 11 Attacks, A Day of Remembrance And Lessons Learned

For many Americans, the evil attacks on September 11, 2001 was a day of unforgettable grief. On that day, I was at one of the largest U.S. military bases, and as the only Muslim female officer, I worked around the clock to help piece together the ugly events.

There was grief at the shedding of innocents’ blood in the attacks of September 11 and over the death of more innocents in the war that followed in Afghanistan.” (Award-winning journalist, Anthony Shadid)

(By the way, the war in Afghanistan is not yet over. And many call this longest war in America’s history.)

Like most Americans, I have my 9-11 moment. I was standing inside a conference room with two oversized plasma screens, watching one plane after another shatter glass and destroy thousands of lives.

As an American, I was shaken. As a Muslim, I was heart-broken.

Initially, I had a hard time accepting that the men who flew the planes could be “Muslim” since Islam has no tolerance for killers. Islam punishes those who kills innocent men, women and children. 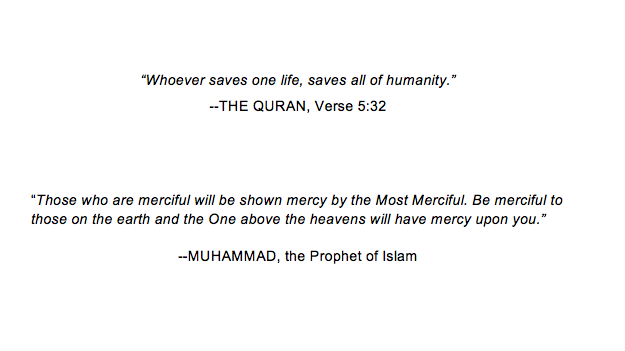 When I finally came home to Washington, DC., I joined a special task force to “investigate” the attacks: who, what, where, and most importantly, how.

How did foreign nationals enter the homeland and plan a sophisticated series of attacks? The operational nugget was key to understanding what just happened and how to prevent future attacks. (Thankfully, a 9/11-style attack has not occurred since that day of barbarism. Although smaller-scale attacks and future planners continue to keep us on edge.)

Days after the attacks, we learned a lot about the operatives, including their finances, logistics, communication nodes, and much more. We gave multiple briefings to the White House. We published assessments. We followed other groups that have the will to strike America and its allies. More people were hired. More agencies created.

And yet, despite all that we have done, the terrorist threat against the United States is greater. More conflicts exist today in the Muslim world. Promises of democracy have fallen flat as more conflicts arise. More individuals / groups resort to violence. More people are forced to leave their homes. There are a host of reasons to explain why–entire books have been written about the impact of American foreign policy and the damage done by befriending demons of democracy and dictators-for-life. (Anthony Shadid’s earlier book, The Legacy of the Prophet: Despots, Democrats and the New Politics of Islam is a good read.)

Today, a new generation of Muslims are growing up in violence and with revolutionary zeal.

The movement toward democracy is an ancient cry for those unable to fight thugs, terrorists, and tyrants (read obscenely corrupt governments, heavy-handed repression and the hopelessness of daily life. Think of Egypt under al-Sisi whose human rights record is appalling.)

Nearly two decades later, we continue to face threats from violent extremists and more conflicts spiraling out of control. Here’s what you can expect:

If we fail to address the “root causes” of violence and the rise of extremism, we will be living in an age of terrorism forever.

US using debt to strongarm Turkey into pharma imports

The U.S. ambassador to Turkey said on Wednesday companies will consider abandoning its market if …