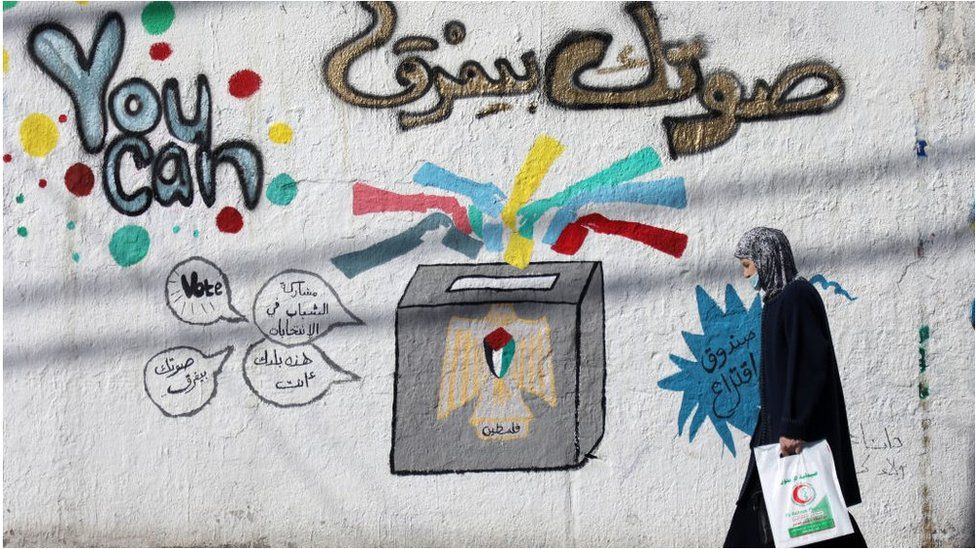 Voters cast ballots Saturday in towns and cities of the Israeli-occupied West Bank in a rare democratic exercise following a decade and a half of delays to Palestinian elections.

It is the second phase of municipal elections after a first round of voting in December in 154 West Bank villages.

Saturday’s vote is being held in 50 towns and cities, with many elections uncontested, or without any candidates in some cases.
Wasfi Ramhi, voting in the city of Al-Bireh, said he hoped it would lead to national elections.

“If they are democratic, fair and free, they will help us to hold legislative and presidential elections,” he said.

No legislative or presidential elections have been held in the Palestinian territories for 15 years, following repeated delays.

The last municipal elections, held in 2017, were boycotted by Hamas, the Islamist rulers of the Gaza Strip.

Hamas is also boycotting this vote in protest at president Mahmud Abbas’s indefinite postponement of parliamentary and presidential elections that had been scheduled for last year.

The Islamists had been poised to sweep the parliamentary election, which was widely seen as the real reason for Abbas’s 11th-hour postponement of the poll, citing Israel’s refusal to allow voting in annexed east Jerusalem.

Abbas’s presidential term was supposed to end in 2009.

Central Elections Commission chief Hanna Nasser said a number of candidates had been arrested in the lead-up to the vote.

“There are candidates who were arrested before today,” Nasser said. “This indicates blatant interference in the election process.”

“The arrests were made for political reasons to prevent certain candidates from running in the elections,” he told a news conference.
No elections are being held in Gaza or Israeli-annexed east Jerusalem.

In the Jordan Valley city of Jericho, independents dominate the candidate lists, with established parties officially staying away, a dynamic mirrored across the West Bank.

“Usually there are just one or two lists running — and they belong to the parties. This time there are five lists, many of them independents,” said Emad Barahmeh, a businessman who heads one of the independent lists running in Jericho.

Yet experts say Hamas and Fatah, the secular party led by Abbas, are still involved, running candidates under the table as independents.

“It is also noticeable that the various Palestinian factions are clearly absent from running for these elections, but their candidates have entered under the name of independents,” Talab Awad, an expert on Palestinian elections, said.

“There are candidates from the Hamas movement in these elections, but they are doing so personally,” Awad said, adding participation would likely be “high.”
The businessman Barahmeh said the delayed legislative elections had left people “disappointed” and Saturday’s vote was “like a small piece of freedom for them.”

Hamas and Fatah have been at loggerheads since 2007 when the Islamists seized Gaza after a week of deadly clashes.

Today, the Fatah-dominated Palestinian Authority has control over parts of the occupied West Bank, where 2.9 million Palestinians live, while the Gaza Strip, an enclave of 2.3 million inhabitants under Israeli blockade, remains under Hamas control.