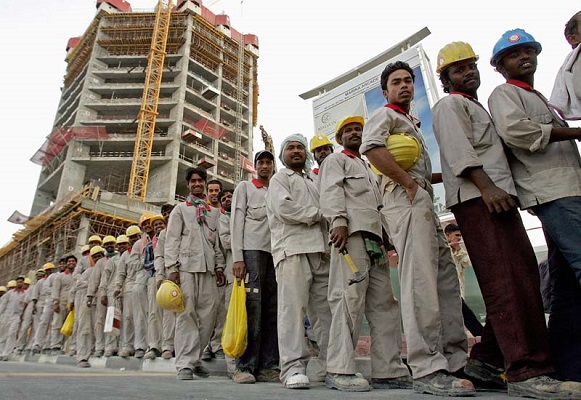 “The security screening of job candidates means that they will have to produce good conduct certificates from their home countries, or the country, or countries, of their residence for work, or study, for the past five years,” an official source told Gulf News on Tuesday.

The screening is applicable only to new work visas.

The source said the move was adopted after many labour cases showed some foreign workers had involved in criminal offences or wanted for their home countries.

“The security vetting is a means of judging a job candidate’s past mistakes, character, and fitness, and to identify potential hiring risks for safety and security reasons and to ensure the safety and security of the employees as well as their public and private employers,” the source said.

The criminal history checks will be applicable to all job candidates including domestic workers.

The source clarified if the applicant for a work permit has lived and worked in more than one country in the past five years, a certificate of good conduct from each country must be produced.

“For residents born and lived in the UAE until they apply for a job, they will not be required to present a good conduct certificate,” the source said.

However, the source said, those born and lived in the UAE for a while but left for home or other country before applying for a job, must produce a good conduct certificate from their home country or the country of their residency for work, or study, for the past five years.

The good conduct certificates must be certified by the UAE’s missions abroad or attested at customer happiness centres of the Ministry of Foreign Affairs and International Cooperation.

The security screening is only mandatory for job candidates but not their dependants or family members.

The certificate is not required for tourists, students and people who come to the UAE on medical or mission visas, issued for the purpose of temporary work in the country for three months and can be renewed for a similar period.

A committee made up of representatives of the ministries of Interior, Foreign Affairs and Human Resources and Emiratisation said in a statement the new procedure was part of the UAE Government’s efforts to create a more secure community. It said this condition was “part of the process of updating and developing government policies, to achieve the highest level of security for those residing in the country, in a secure, peaceful and happy community”.

Conducting background security checks on foreign workers was approved in principle by the Cabinet in October 2016.

Stricter security checks on foreign workers were invited on the wake of many controversial crimes committed by foreigners including the case of a Jordanian man who was found guilty of kidnapping, raping and murdering an eight-year-old boy in 2016.

Hamad Al Rahoumi, a member of the Federal National Council, who pressed for security vetting being conducted on foreign workers, said there are more than 4.5 million expatriate workers living and working in the UAE, which requires background checks for any past criminal activity.

“The UAE wants to make sure every worker is free of a criminal record — regardless of wherever they come from,” Al Rahoumi said.

“If a job candidate has committed a crime in his/her home country and the person has a criminal record, there is no way for us to know unless there is security vetting,” Al Rahoumi said.

Al Rahoumi said he did not feel safe without knowing the background of each workers. He wanted to make sure every chauffeur that drives his family’s car is free of a criminal record. “It comes down to authorities conducting security checks before issuing work permits,” he said.

The good conduct certificate will be produced on applying for a job visa, issued by residency departments to foreigners who wishes to work for a company in the UAE upon the approval of the Ministry of Human Resources and Emiratisation.

The visa allows the holders to enter the UAE once and is valid for two months from the date of issue. When the employee has entered the country on the basis of the job visa, the sponsoring company will arrange to complete the formalities of medical and stamping his residence within 60 days.

The heads of the Indian, Bangladeshi and Indonesian mission welcomed the development, but said they need to get a clear idea of its modalities.

Navdeep Singh Suri, Indian Ambassador to the UAE, said: “‘We have taken note of the media reports on the requirement of a good conduct certificate. We would need to get a clear idea of the modalities involved for the workers before we can offer a substantive comment.”

Mohammad Imran, Bangladeshi Ambassador to the UAE, said: “We welcome this move as we hope that this will address any concerns the UAE authorities may have about Bangladeshi job seekers. However, we also hope that the procedure will be a simple one.”

Husin Bagis, Indonesian Ambassador to the UAE, said: “The embassy understands the aim and spirit of the new regulation. We hope that its implementation will not hamper or burden qualified job seekers to meet the demands of the UAE’s labour market.”