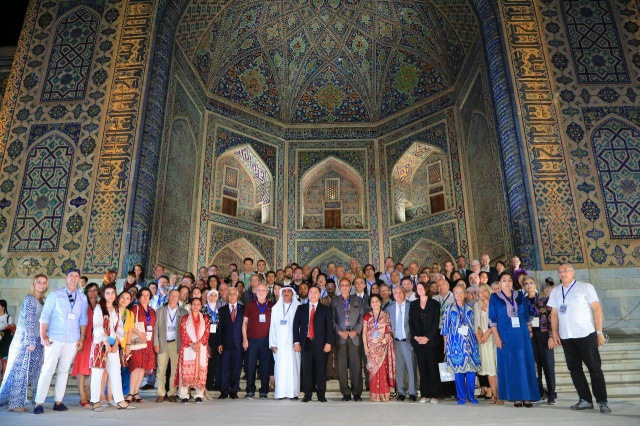 Participants of the World Society for the Study, Preservation and Promotion of Cultural Heritage of Uzbekistan expressed their willingness to help the President of Uzbekistan in his reforms in the field of culture.

The culmination of the Cultural Heritage Week “Uzbekistan – the Crossroads of Great Roads and Civilizations: Empires, Religions, Cultures” became the adoption of an appeal by the participants of the World Society for the Study, Preservation and Promotion of Cultural Heritage of Uzbekistan to the President of the Republic of Uzbekistan Shavkat Mirziyoyev.

The document was solemnly adopted at Registan Square in Samarkand.

In the appeal, more than 300 members of the World Society expressed their readiness to help the new Uzbekistan and personally the Head of the country Shavkat Mirziyoyev in his tireless efforts on preserving and popularizing the cultural heritage of Uzbekistan.

Following the international congress, a roadmap of activities of the World Society for the next two years was adopted.

In addition to the publication of new book-albums, as well as implementation of some projects at the initial stage, new activities are also included in the action program.