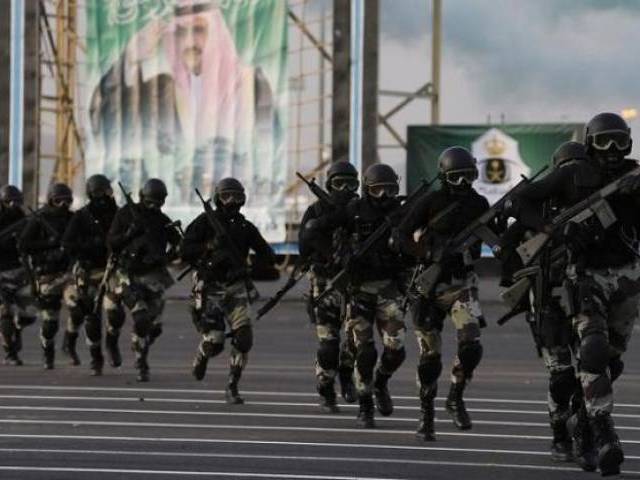 A Saudi army soldier convicted of treason has been sentenced to 23 years in jail.

Investigations revealed that the man, who has not been named, embraced the radical ideology of Al Qaida, glorified Osama Bin Laden and supported Daesh.

The convict also attended conferences by the Islamic Nation party in Saudi Arabia calling for toppling all regimes in the Gulf and held meetings with its leaders in a Gulf country, case documents showed.

He also set up an office for a “hostile party seeking to destabilise Saudi Arabia”, a report in the Saudi daily Okaz said.

The office aimed to recruit young people and encourage street protests calling for the toppling of the regime.

He was also found guilty of carrying funds to party militants in conflict zones.

The court also ordered that his weapon and laptop be confiscated, his Twitter account shut down and a 23-year travel ban imposed on the convict.

Saudi Arabia has toughened its laws amid a massive drive to root out terrorism.

Heavy jail sentences and travel bans have been imposed by courts against those found guilty of supporting or sympathising with terror groups or attempting to join conflict zones.

On Sunday, the court sentenced a Saudi supporter of Daesh who had plotted to assassinate public security investigators to 20 years in jail.

The court said the verdict was based on charges of embracing the takfiri ideology, supporting Daesh and agreement with terrorists to target security men in response to an order from a Daesh leader.

The defendant was also charged with following Daesh supporters on Twitter and other social media, storing pictures of Daesh leaders and pro-Daesh images and video clips on his mobile.