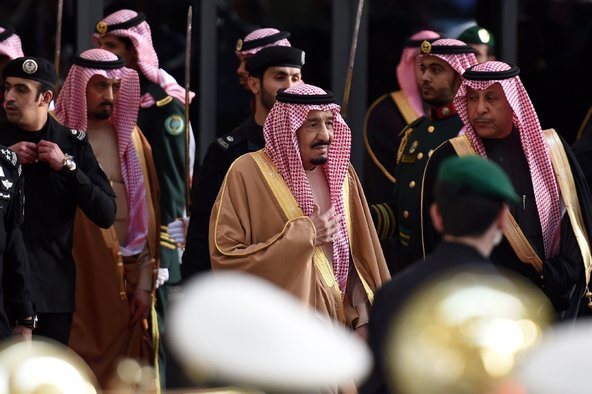 The Saudi Cabinet on Tuesday reiterated the importance of confronting Iran over its destabilizing activities in the Middle East, and throughout the world, and its sponsorship of terrorism.

Only by agreeing to end such provocative behavior will the country be reintegrated into the international community and sanctions be lifted, ministers noted during a virtual meeting chaired by King Salman. Such an outcome would would greatly benefit the Iranian people, they added.

The cabinet said that any current or future nuclear agreement with Iran must include provisions that continue to prevent the proliferation of nuclear weapons and contribute to efforts to rid the region of weapons of mass destruction.

Ministers also reviewed the latest developments in the region and internationally. These included a joint statement on Yemen that was issued on Sept. 17 by the foreign ministers of US, China, France, Russia, Germany, Kuwait, Sweden and the EU — following their meeting in connection with the 75th General Assembly of the UN — in which they expressed concern about an attack by Houthis on the Yemeni city of Ma’rib, which undermined UN-led efforts to find a political solution to the crisis.

In addition, acting Minister of Media Majid Al-Qasabi told SPA that ministers reviewed the latest developments in the coronavirus pandemic, at local and international levels. These included statistics for cases in the Kingdom, which indicate that the number of infections continues to decline and that there has been a significant increase in recoveries, and the progress being made in global efforts to develop a vaccine.

The Cabinet also reviewed the Kingdom’s response to the persecution and suffering of Rohingya Muslims and other minorities in Myanmar. It noted the Saudi call during the 45th Session of the UN’s Human Rights Council in Geneva for the international community to urgently act to stop the violence, restore the rights of the Rohingya minority, intensify efforts to resolve this crisis, and create the conditions necessary for the safe return of those who have been displaced.