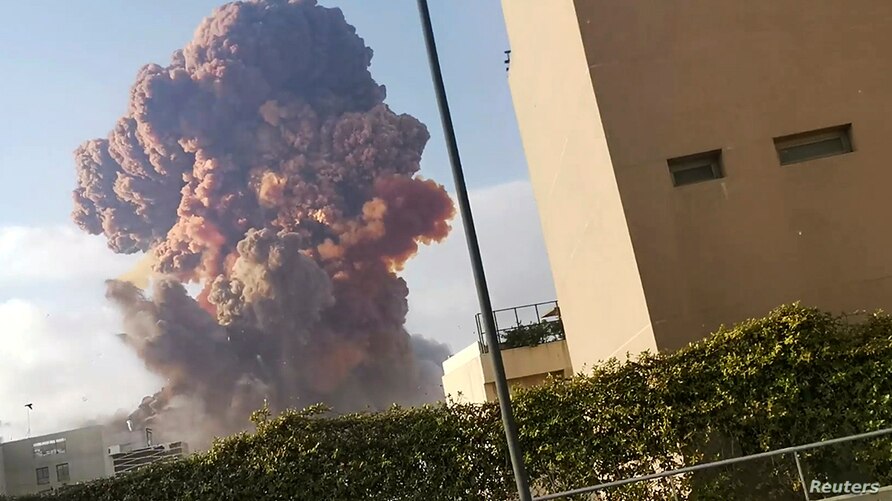 Iran sent to Beirut the hundreds of tons of ammonium nitrate that detonated in August 2020 at the port of Beirut causing the world's biggest non-nuclear explosion, according to a report by the Saudi-owned Al-Arabiya's Al-Hadath TV.

Al-Hadath said it has learned from unnamed sources that Iran had sent the shipment to the ports of Poti and Batumi in Georgia through Azerbaijan, then to Madagascar instead of Beirut in an attempt to "cover-up" the transfer.

From Madagascar the shipment arrived to "its main destination, the port of Beirut, where Hizbullah stored the ammonium nitrate along with rockets," Al-Hadath said.

"Some quantity of the ammonium nitrate was smuggled to Syria, another was used to make rockets," the report added.

The report stressed the Iranian presence in Azerbaijan, accusing Iran of forming a Shiite militia there, called Huseynyun. It also said that Iran's intelligence agencies heavily control the ports of Poti and Batumi in Georgia.