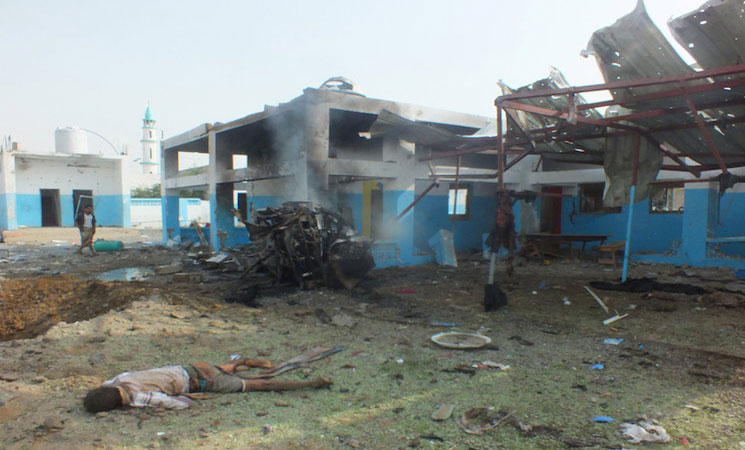 The Levant News — A Saudi-led coalition airstrike hit a hospital run by Doctors Without Borders (MSF) in northern Yemen. According to the aid group, the attack on Monday killed an aid worker and 10 patients, and wounded 19. A statement issued by MSF confirmed that the hospital’s location was well known to all parties, including the coalition.

In response to the news, the United States denounced the airstrikes but refrained from condemning the Saudi coalition, calling on all parties to immediately cease hostilities.

Meanwhile, the coalition confirmed that starting Monday it would be allowing UN and other aid agencies to fly into Sanaa’s international airport, which has been closed since last Tuesday.