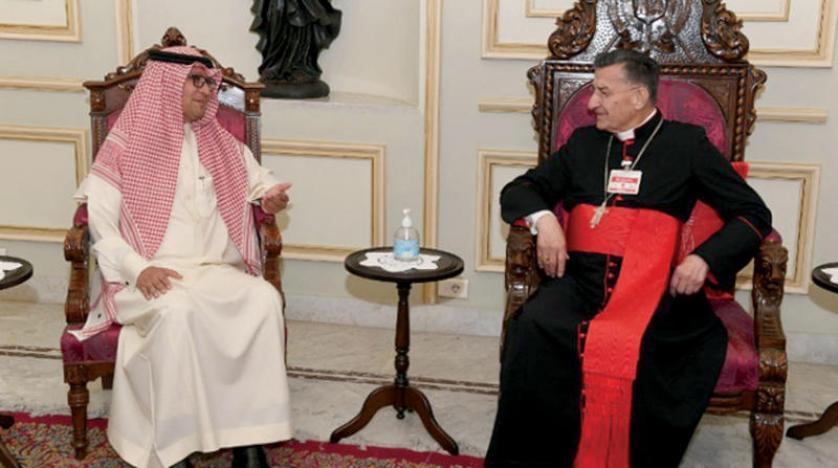 Saudi insists its not interfering in Lebanese affairs

Saudi Ambassador to Lebanon Walid Bukhari on Monday hosted a Ramadan iftar banquet that was attended by a host of Lebanese leaders and incumbent and former officials, days after he returned to the country following a diplomatic crisis sparked by former information minister George Kordahi’s remarks on Yemen’s war.

“The kingdom does not interfere in domestic affairs and the return came based on joint projects. We will talk about joint projects between France and Saudi Arabia to offer humanitarian support and support for stability in Lebanon,” Bukhari said at the banquet.

“Saudi Arabia’s principles do not allow it to interfere in sovereign matters, we respect the parliamentary and presidential junctures and we call on everyone to run in them based on competency,” the ambassador added.

He also noted that “ties had not been severed with Lebanon,” adding that the kingdom “took a diplomatic measure to express its stance on the insults against the kingdom and the Gulf Cooperation Council nations.”

Miqati meanwhile met with Bukhari on the sidelines of the iftar banquet and said that he heard from him that the kingdom and its king and crown prince are “keen on supporting Lebanon and standing by it.”

The ambassador “spoke of the French-Saudi partnership in supporting six sectors in Lebanon and said that his return in this holy month is aimed at showing further solidarity with the Lebanese people,” Miqati added.

“We hope there will be a new chapter in the relations,” he said.

Miqati also revealed that he intended to visit the kingdom during Ramadan, as MTV reported that his visit will be for the performance of the minor Umrah pilgrimage.

Responding to a question, he added: “In my statement, I reaffirmed the constant principles… and that we’re committed that Lebanon won’t be a platform or a source for any annoyance against any GCC state.”