By Noah Browning  FOR REUTERS|  Saudi Arabia, Egypt, the United Arab Emirates and Bahrain severed their ties with Qatar on Monday, accusing it of supporting terrorism and opening up the worst rift in years among some of the most powerful states in the Arab world.

Iran — long at odds with Saudi Arabia and a behind-the-scenes target of the move — immediately blamed U.S. President Donald Trump for setting the stage during his recent trip to Riyadh.

Gulf Arab states and Egypt have already long resented Qatar’s support for Islamists, especially the Muslim Brotherhood which they regard as a dangerous political enemy.

The coordinated move, with Yemen and Libya’s eastern-based government joining in later, created a dramatic rift among the Arab nations, many of which are in OPEC.

Announcing the closure of transport ties with Qatar, the three Gulf states gave Qatari visitors and residents two weeks to leave. Qatar was also expelled from the Saudi-led coalition fighting in Yemen.

“(Qatar) embraces multiple terrorist and sectarian groups aimed at disturbing stability in the region, including the Muslim Brotherhood, ISIS (Islamic State) and al-Qaeda, and promotes the message and schemes of these groups through their media constantly,” Saudi state news agency SPA said.

It accused Qatar of supporting what it described as Iranian-backed militants in its restive and largely Shi’ite Muslim-populated Eastern region of Qatif and in Bahrain.

Qatar said it was facing a campaign aimed at weakening it, denying it was interfering in the affairs of other countries.

“The campaign of incitement is based on lies that had reached the level of complete fabrications,” the Qatari foreign ministry said in a statement.

“What is happening is the preliminary result of the sword dance,” Hamid Aboutalebi, deputy chief of staff of Iran’s President Hassan Rouhani, tweeted in a reference to Trump’s recent visit to Saudi Arabia.

Trump and other U.S. officials participated in a traditional sword dance during the trip in which he called on Muslim countries to stand united against Islamist extremists and singled out Iran as a key source of funding and support for militant groups.

U.S. Secretary of State Rex Tillerson told reporters in Sydney on Monday that the spat would not effect the fight against Islamist militants and that Washington has encouraged its Gulf allies to resolve their differences.

A split between Doha and its closest allies can have repercussions around the Middle East, where Gulf states have used their financial and political power to influence events in Libya, Egypt, Syria, Iraq and Yemen. 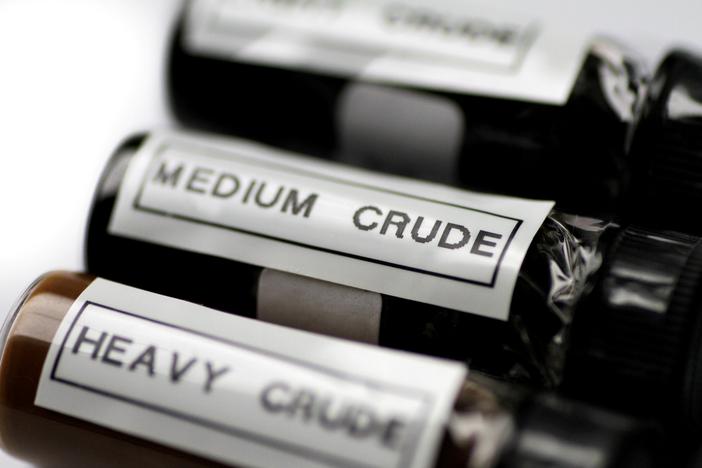 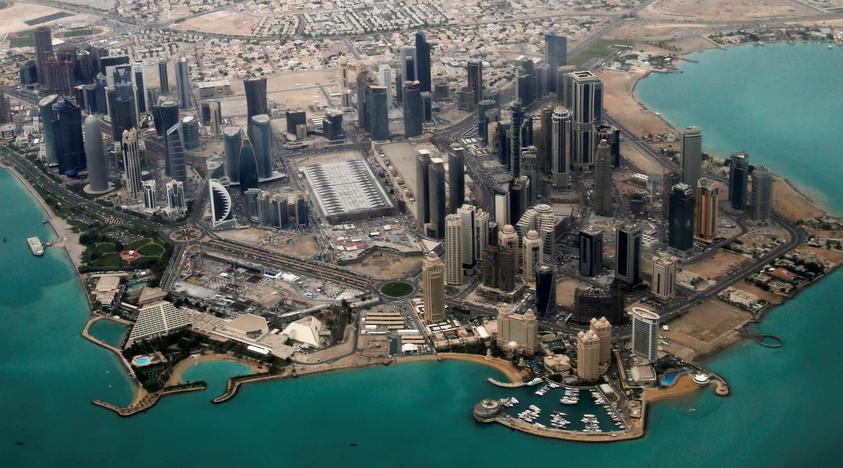 The economic fallout loomed immediately, as Abu Dhabi’s state-owned Ethihad Airways, Dubai’s Emirates Airline and budget carrier Flydubai said they would suspend all flights to and from Doha from Tuesday morning until further notice.

Qatar Airways said on its official website it had suspended all flights to Saudi Arabia.

The measures are more severe than during a previous eight-month rift in 2014, when Saudi Arabia, Bahrain and the UAE withdrew their ambassadors from Doha, again alleging Qatari support for militant groups. At that time, travel links were maintained and Qataris were not expelled.

The diplomatic broadside threatens the international prestige of Qatar, which hosts a large U.S. military base and is set to host the 2022 World Cup. It has for years presented itself as a mediator and power broker for the region’s many disputes.

Kristian Ulrichsen, a Gulf expert at the U.S-based Baker Institute, said if Qatar’s land borders and air space were closed for any length of time “it would wreak havoc on the timeline and delivery” of the World Cup.

“It seems that the Saudis and Emiratis feel emboldened by the alignment of their regional interests – toward Iran and Islamism – with the Trump administration,” Ulrichsen said. “(They) have decided to deal with Qatar’s alternative approach on the assumption that they will have the (Trump) administration’s backing.”

Muslim Brotherhood groups allied to Doha are now mostly on the backfoot in the region, especially after a 2013 military takeover in Egypt ousted the elected Islamist president.

The former army chief and now president, Abdel Fattah al-Sisi, along with the new government’s allies in Saudi Arabia and the UAE, blacklist the Brotherhood as a terrorist organization.

Egypt, the Arab world’s most populous nation, said on its state news agency that Qatar’s policy “threatens Arab national security and sows the seeds of strife and division within Arab societies according to a deliberate plan aimed at the unity and interests of the Arab nation.”

Oil prices rose after the moves against Qatar, which is the biggest supplier of liquefied natural gas (LNG) and a major seller of condensate – a low-density liquid fuel and refining product derived from natural gas.