Scholars of Islam and the Middle East the world over have long craved a glimpse of the rich collections of artifacts and manuscripts held in Saudi Arabia’s libraries and museums. So, when Saudi authorities launched its e-visa system in September 2019, academics leaped at the opportunity to visit the country.

Among them was Sajjad Rizvi, an associate professor of Islamic intellectual history and Islamic studies at the UK’s University of Exeter, who traveled to Saudi Arabia in December 2019 on the e-visa to conduct scholarly interviews in Riyadh, Madinah and Eastern Province.

“Organizing the e-visa was amazingly easy and entering and travelling around was very easy as well,” Rizvi told Arab News.

His plans to return to the Kingdom in 2020 to consult manuscripts in the King Faisal Foundation (KFF) library had to be shelved when the coronavirus pandemic forced Saudi authorities to suspend the e-visa program for travelers from the worst affected countries in February and to close its borders altogether in March.

Fortunately for Rizvi and other scholars, digital copies of the manuscripts and many other collections can still be requested online.

Ministry of Tourism
Saudi Arabia’s Ministry of Tourism said last year it issued more than 400,000 tourist visas in the first six months of its new visa system, which allowed citizens from 49 countries the opportunity to apply online or get a visa on arrival when they visited for the first time.

Rizvi first visited Saudi Arabia in 2011 with colleagues from the University of Exeter’s Institute of Arab and Islamic Studies following an invitation from the King Faisal Center for Research and Islamic Studies (KFCRIS) in Riyadh. The two institutions are now linked by a memorandum of understanding.

KFCRIS established its Visiting Fellowship Program in 1999 to help facilitate projects for Saudi and international scholars. The program has already helped more than 500 scholars from 50 countries.

The introduction of the e-visa system last year has enabled many more academics to visit and learn about Saudi Arabia than in the past.

Reports in September raised hopes that Saudi Arabia would resume issuing tourist visas in January 2021, after a stoppage necessitated by coronavirus-linked travel restrictions. However, with a new strain of the virus spreading from Europe and forcing Saudi authorities to temporarily suspend international flights in December, a delay in the resumption of the service cannot be ruled out.

“I do hope that the e-visa system will be reintroduced once things settle in a post COVID-19 era,” Rizvi said. “For my own interests, the manuscripts in places like the King Faisal Foundation in Madinah, as well as in some private libraries in the Eastern Province, are very valuable.

“I am an intellectual historian, interested in the way in which ideas travel. I have also developed an interest in some of the rock inscriptions in the Madinah area and it would be great to go back and see them.”

Libraries
Another academic who is monitoring travel updates closely is Nir Shafir, an assistant professor of history at the University of California who specializes in the pre-modern Middle East and the Ottoman Empire. He hopes to visit the Kingdom as soon as possible to examine its historical collections as well as explore its tourist hotspots.

“I use a number of collections that have been made available online that are in Saudi Arabia,” Shafir said. “I work on manuscripts and I look up the books, all copied by hand, which are now mostly collected by institutional libraries such as the Suleymaniye Library in Turkey and Dar Al-Kutub in Egypt.

“I would like to do the same with the collections in Saudi Arabia, which are quite rich, like the King Abdulaziz Public Library and a few others. Also, the Masjid al-Haram (in Makkah) has its own library. I’ve looked at old catalogues from that library and it would be interesting to see, if possible, what remains of the manuscript collection there.”

Shafir previously used manuscripts provided digitally by King Saud University’s library for his paper titled “In Ottoman Holy Land: The Hajj and the Road from Damascus, 1500-1800.”

Digital collections of the kind used by Shafir are an invaluable resource for academics unable to access them in person. Take the King Fahad National Library, which is playing a seminal role in the preservation of Islamic heritage. Established in 1990 in Riyadh, the library is home to more than 6,000 original manuscripts — many of them rare and ancient, including the exquisite Kufic Qur’an, dating to the 9th century CE — and a total of 73,000 paper and electronic transcripts. 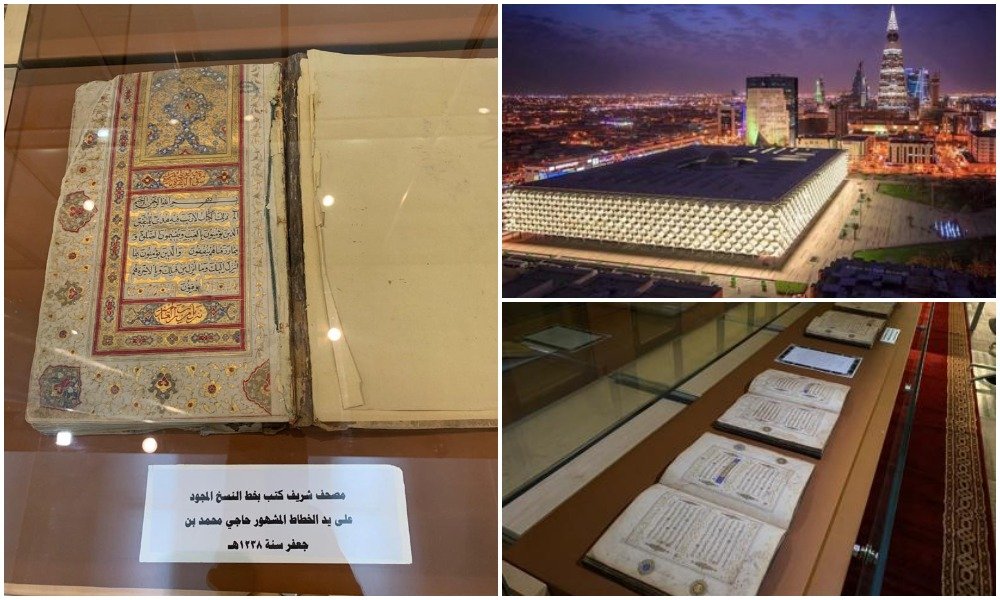 The library also enables researchers, history lovers and general readers to access its precious collection though a range of electronic services. Researchers can request a specific manuscript, a rare book or a photograph to aid in their work.

In fact, digitization is a top priority for Saudi authorities. In 2018, the Saudi Commission for Tourism and National Heritage (SCTH) set up a virtual museum to host the “Saudi Archaeological Masterpieces through the Ages,” which displayed more than 400 rare artifacts from Saudi Arabia, the US, China and Europe.

“If you can find a good copy online and the quality is good, you can tell quite a bit about (the manuscript),” Shafir told Arab News.

“But what I do is I don’t just look at the text. I am not just reading for information. I am also looking at who’s the copyist, when was it copied, who is it copied for, what other stuff is mixed in, because the books and these texts are never by themselves. They are usually grouped with other texts. So sometimes I want to look at what other texts are around it.

“If it’s a good library and set up well, you can see some of that online. But there are other things that are important to look at in person: the type of paper, the binding, and so forth. It is always nicer to see them in person. You always get a better sense of the book when you go to a library and touch the actual document.”

More broadly, Saudi authorities are eager to reopen to promote the Kingdom’s archaeological and architectural wonders as part of the Kingdom’s strategy to diversify the economy and educate the world about its unique heritage. 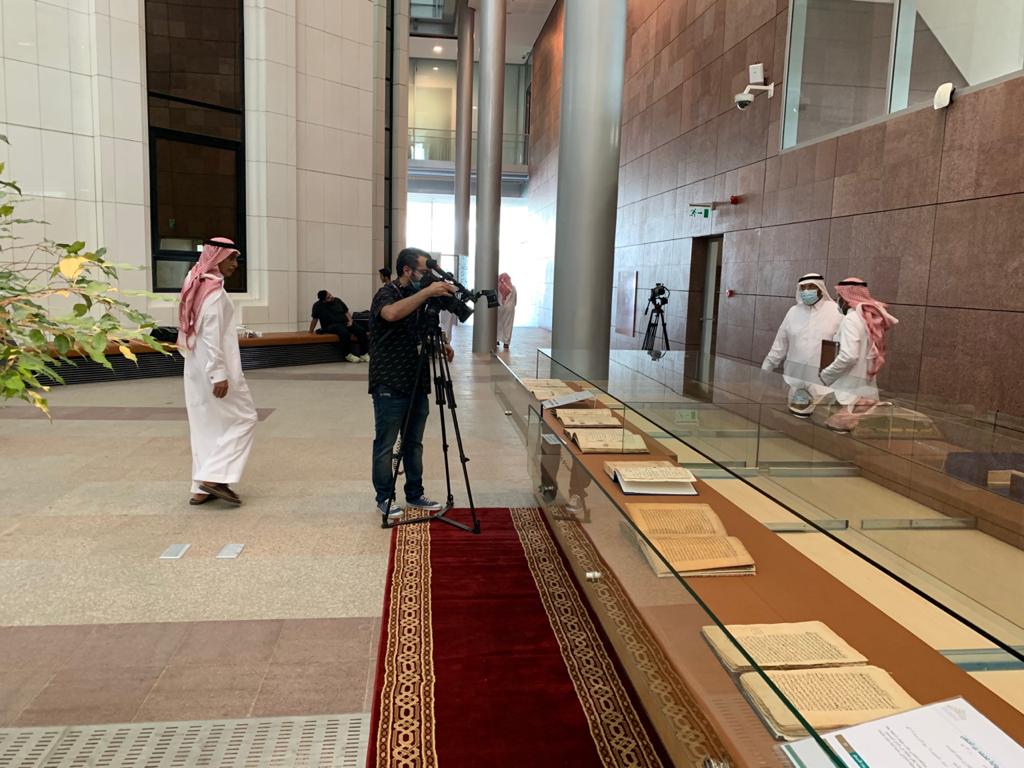 King Fahad National Library is playing a seminal role in the preservation of Islamic heritage.

“We opened our doors and hearts to international tourists to come and explore Saudi Arabia and experience Saudi Arabia, and experience our culture, our nature, our pristine and great beaches of the Red Sea or the East Coast and our major cities,” Saudi Minister of Tourism Ahmed Al-Khateeb told the Arab News talk show Frankly Speaking in December.

To this end, Saudi Arabia has plans to invest up to $200 billion and welcome 100 million visitors by 2030. It aims to increase the tourism sector’s contribution to its gross domestic product (GDP) to 10 percent.

The country has created a national destination promoter, the Saudi Tourism Authority, and launched a $9 billion Tourism Development Fund.

Despite the pandemic, the Kingdom has forged ahead with its mega-projects, which are designed to attract international and domestic tourists, create millions of new jobs and bring foreign investment into the economy. These include NEOM, the Red Sea Project, Amaala and Qiddiya.

Academics such as Rizvi and Shafir make up just one of several categories of potential visitors to Saudi Arabia in a post-pandemic age of normal air travel. Resumption of the e-visa service is something they must be eagerly looking forward to.