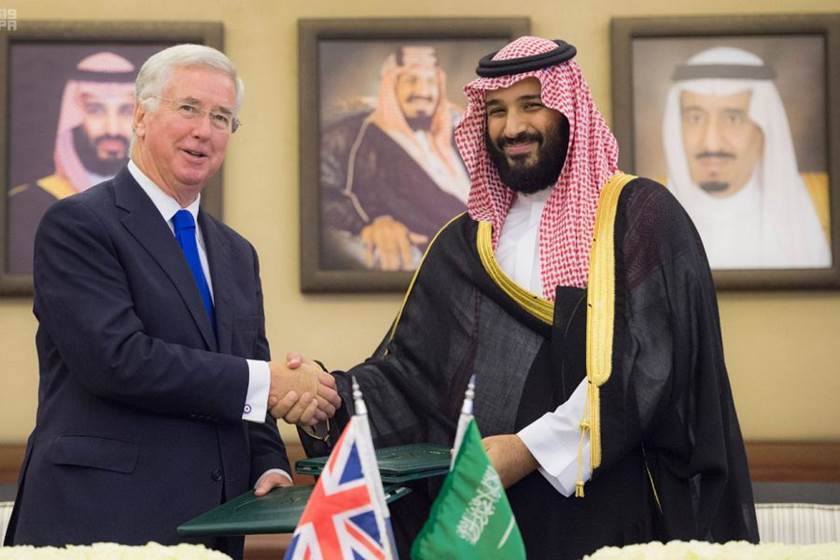 Saudi Crown Prince Mohammed bin Salman is due to visit London in early March, it is understood.

The visit was previously set to take place in February, but now appears to have been pushed back amid fears it could be disrupted by activists protesting the kingdom’s role in the ongoing war in Yemen.

Campaign Against the Arms Trade (CAAT), which opposes UK sales of weapons to Saudi Arabia, said police had confirmed that they expect Prince Mohammed to visit from 7 to 9 March. It is planning to protest the visit.

A spokesperson for the Metropolitan Police would not confirm the specific dates to The Independent. A Downing Street press officer would also not confirm the dates of Prince Mohammed's visit, saying only that No 10 would set out the plans “in due course”.

The prince had been expected to travel to the UK this month, with Boris Johnson confirming the visit in principle after he returned from his own trip to Saudi Arabia in January. "An invitation has certainly been issued, and all I’ll say is that we’re very hopeful that he and others will come,” the Foreign Secretary said.

But Saudi diplomats were upset by a three-part BBC documentary that aired last month, The Middle East Eye reported. House of Saud: A Family At War explored a “moment of unprecedented instability” in the rule of the Saudi royal family and an unprecedented crackdown on hundreds of the richest Saudis by Prince Mohammed.

Although the exact itinerary of the three-day visit to London is not known, the prince is set to conduct a series of high-profile meetings.

The conservative kingdom has pushed to modernise its economy and make it less dependent on oil, an initiative the UK has been keen to endorse.

It has also rolled out social changes that include better rights for women - who will be allowed to drive for the first time in June.

But Prince Mohammed in particular has attracted international criticism for leading Saudi Arabia into a bloody intervention in the Yemeni civil war in March 2015, aimed at preventing Shia Houthi rebels taking control of the strategically placed neighbour.

The Saudi-led coalition bombing campaign, as well as blockades of air and sea access to the country, have compounded the impacts of the civil war and left 70 per cent of Yemen’s 27-million-strong population reliant on some form of humanitarian aid, 7.3 million on the brink of famine and suffering the worst cholera outbreak in modern history.

Since the bombing began in Yemen, Britain has licensed over £4.6bn worth of fighter jets and bombs to the Saudi military, according to CAAT. Human Rights Watch has linked UK-made weapons to the destruction of civilian infrastructure.

The kingdom is the biggest buyer of UK-made arms of any country.

Writing in The Independent on Tuesday, CAAT’s media coordinator Andrew Smith said: “The Saudi Crown Prince might be a PR-friendly figurehead for one of the most authoritarian regimes in the world, but he has been the lead architect of the devastating three yearlong bombardment of Yemen.”

He added: “The response of Theresa May and her colleagues hasn’t been to condemn the bombing and call for a much-needed ceasefire. On the contrary, the UK government has armed and supported the bombing campaign since day one.

The UN estimates $2.1bn (£1.6bn) is needed to stop Yemen turning into a completely failed state, but donor governments only pledged half that amount at an aid conference in Geneva in April last year.