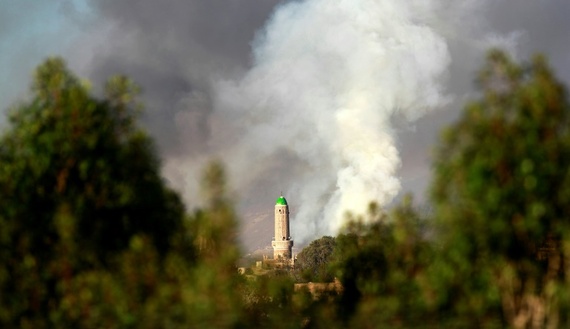 The Saudi-led coalition fighting in Yemen on Monday said it had made "limited use" of British-made cluster bombs, a type of weapon which 100 countries have pledged not to use.

In its 21-month campaign against Houthi Ansarullah group who has seized much of Yemen, the Saudi-led alliance has faced repeated allegations of killing civilians.

It said it used the BL-755 cluster bombs "against legitimate military targets to defend Saudi towns and villages against continuous attacks" by the Huthi rebels.

The insurgents have killed more than 100 civilians and soldiers on the Saudi side of the border.

The coalition deployed the weapons in accordance with international humanitarian law, and not in civilian areas, it said, adding that Saudi Arabia no longer uses the BL-755.

London-based rights group Amnesty International in June alleged that "at least 16 civilians -- including nine children -- have been killed or injured by cluster submunitions between July 2015" and May of this year.

Amnesty said its findings came from the rebel stronghold of Saada as well as the Hajja area. Both are near the border with Saudi Arabia.