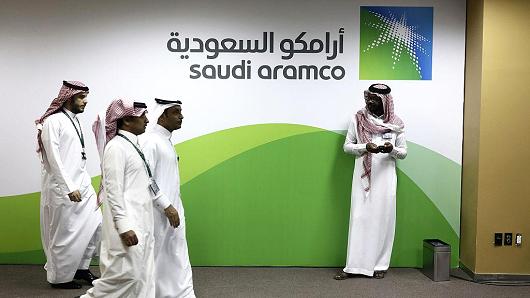 Saudi Arabia’s government assured investors on Saturday that its Vision 2030 economic reform program, including the sale of a stake in national oil giant Saudi Aramco, was on track despite plans to adjust part of it.

News this week that Riyadh was revising a section of Vision 2030 known as the National Transformation Programme (NTP) – an effort to make the government and society more modern and efficient – triggered speculation among some foreign analysts that the whole reform drive might be in jeopardy.

One analyst suggested the power of Crown Prince Mohammed bin Salman, in charge of economic policy, might be waning and that broad resistance to reforms might be building. Another speculated the Aramco sale could be delayed.

Behind the unease is the fact that Vision 2030, launched last year, has so far done little to free the economy from dependence on oil exports. It has begun to shrink a big state budget deficit with painful austerity steps, but has not yet created major new sources of non-oil growth or jobs.

In a statement on Saturday, however, the Saudi information ministry said Riyadh remained committed to the reforms and was merely streamlining the NTP to make it easier to carry out.

“Vision 2030 builds on early successes, and is strengthening its delivery mechanisms as it increases the scope and pace of implementation,” the ministry said.

Riyadh plans to sell about 5 percent of Aramco, to raise money for reinvestment in non-oil industries. Officials have said they aim to complete the sale by end-2018, raising about $100 billion.

“The government privatization program continues to gain traction and the plan for an initial public offering of a stake in Saudi Aramco remains on track,” the ministry said.

“The IPO process is well underway and Saudi Aramco remains focused on ensuring that all IPO-related requirements are completed on time and to the very highest standards.”

The ministry said Riyadh had allocated 200 billion riyals ($53 billion) to support private investment, though it gave few details of how or when this money would be spent.

The allocation includes a 15 billion riyal boost to the capital of the Saudi Industrial Development Fund, which lends to strategic projects, and 37.5 billion riyals for a Saudi-Chinese investment fund focusing on infrastructure. State support for smaller firms will rise, the ministry said.

It did not discuss Saudi Arabia’s budget reforms in detail but noted they were separate from the NTP. Last month, finance minister Mohammed al-Jadaan reiterated Riyadh’s commitment to balancing the budget by 2020.

The NTP, which originally included hundreds of steps, from speeding up court cases to encouraging Saudis to play more sports, is being simplified to 36 objectives. Ten ministries are involved in the revised plan, down from 18, and they will be given more autonomy.

“For example, the Ministry of Health will lead the health portfolio, and it will have the decision-making power to adjust existing initiatives, add new ones and collaborate with other stakeholders,” the statement said.

Some of Riyadh’s austerity steps have been unpopular, and it has reversed or delayed a few as the economy has slowed because of low oil prices. Nevertheless, many people in Riyadh believe Prince Mohammed’s power is likely to increase, not decrease.

The stock market rose on Thursday partly because of widespread rumors that King Salman would soon abdicate and pass the throne to Prince Mohammed, which could make it easier for the prince to push through economic reforms.