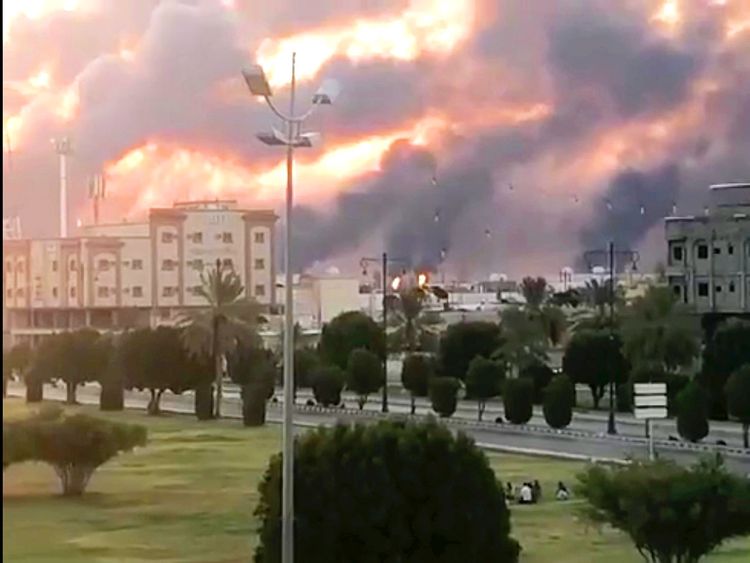 Saudi Aramco has delayed the planned launch of its initial public offering in hopes that pending third-quarter results will bolster investor confidence in the world’s largest oil firm, two sources familiar with the matter said on Thursday.

Aramco had been expected to announce plans next week to float a 1% to 2% stake on the kingdom’s Tadawul market, in what would have been one of the largest ever public offerings, worth upwards of $20 billion.

However, after a Sept. 14 attack on its Abqaiq and Khurais plants temporarily knocked out half its crude output, the world’s top exporter wants to reassure investors by first presenting results covering the period, the two sources said, speaking on condition of anonymity as the information is not public.

“They want to do all that they can to hit the valuation target. Solid results after the attack will put them in a stronger position,” said one of the sources.

The second source confirmed the offering had been postponed, and there was currently no new date set for the listing. Neither source knew when third quarter results were likely to come out.

In a statement to Reuters on Friday, Saudi Aramco said: “The company continues to engage with the shareholders on IPO readiness activities. The company is ready and timing will depend on market conditions and be at a time of the shareholders’ choosing.”

The news comes after Reuters, citing sources familiar with the IPO, reported on Sept. 24 that the offering was unlikely to happen this year in light of the attacks.

The Financial Times, which initially reported the IPO delay on Thursday, cited a source as saying the listing was delayed by “weeks”.

The prospect of Aramco selling a piece of itself has had Wall Street on tenterhooks since Crown Prince Mohammed bin Salman first flagged it three years ago.

However, his desired $2 trillion valuation has always been questioned by some financiers and industry experts who note that countries have been accelerating efforts to shift away from fossil fuels to curb global warming, putting oil prices under pressure and undermining producers’ equity value.

Then came the September attack, which initially knocked out 5.7 million barrels per day (bpd) of production, or more than 5% of global oil supply.

Aramco executives have insisted since the attack that it would have no impact on its plans to list the company. The full restoration of oil output as declared by Energy Minister Prince Abdulaziz bin Salman on Oct. 3 - at a faster clip than expected - was seen boosting the company’s image.

“The official line was that the Q3 results were very good, so they want to update the analysts and market the IPO after the Q3 numbers,” the second source said.

Aramco halted plans for a blockbuster international listing of around 5% last year amid debate over where to list overseas, but talks resumed this summer.

They were given impetus by the appointment of Yasir al-Rumayyan, a close ally of Prince Mohammed and former investment banker, as chairman of Aramco. A host of banks were given roles to arrange the listing.

Saudi investors see the IPO as a chance to own part of the kingdom’s crown jewel and an opportunity to show patriotism after the attack.

Tags:
in what would have been one of the largest ever public offerings, Saudi Aramco has delayed the planned launch of its initial public offering in hopes that pending third-quarter results will bolster investor confidence in the world’s largest oil firm, two sources familiar with the matter said on Thursday. Aramco had been expected to announce plans next week to float a 1% to 2% stake on the kingdom’s Tadawul market, worth upwards of $20 billion.