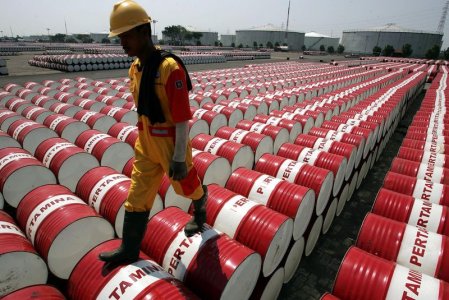 A row over human rights in Saudi Arabia will not have any impact on Saudi oil supplies to Canada, its energy minister said on Thursday, reassuring customers after Riyadh froze new trade with Canada and ruled out mediation efforts.
Saudi Arabia, angered by Canada’s demand last week that jailed activists in the kingdom be freed immediately, expelled the Canadian ambassador, blocked imports of Canadian grain and ended state-backed educational and medical programmes in Canada.
The dispute has threatened to undermine Riyadh’s foreign investment drive, a campaign already unsettled by a series of assertive political and diplomatic initiatives by the top oil exporter.
Saudi Arabia has a “firm and long-standing policy” that petroleum supplies are not influenced by political considerations, Khalid Al Falih said in a statement.
“The current diplomatic crisis between Saudi Arabia and Canada will not, in any way, impact Saudi Aramco’s relations with its customers in Canada.” The Financial Times said on Wednesday the Saudi central bank and state pension funds had told their overseas asset managers to sell their Canadian equities, bonds and cash holdings.

A banking source said the Saudi central bank had asked for their bank’s exposure to Canadian assets, but there were no instructions to sell them.
Canadian lender CIBC estimates Canadian dollar-denominated FX reserves held by Saudi Arabia at roughly C$10 billion to C$25 billion ($7.67 billion to $19.17 billion), or less than a tenth of daily volume in the currency.
Riyadh’s Centre for International Communication (CIC) posted a tweet late on Wednesday saying “neither the government nor the Central Bank or the state pension fund has issued any instructions regarding the sale of Canadian assets”.
But it promptly deleted the post without providing an explanation. CIC did not respond to a request for comment.
“From a mutual funds perspective, I don’t think there’s any significant investment in Canada from Saudi Arabia,” said a banker based in Riyadh. “The footprint is light and very small compared to in the United States.” Eurasia Group said easing the crisis needed time. It said in a note: “The new Saudi leadership is leveraging economic and political tools to send a message to its partners that intervention in its domestic affairs will not be tolerated.”
“Olive branch”
Foreign Minister Adel Al Jubeir on Wednesday ruled out any mediation efforts and said the kingdom was considering taking more measures against Canada for interfering in Saudi Arabia’s domestic affairs. He did not elaborate.
Canadian Prime Minister Justin Trudeau later appeared to extend an olive branch, saying he would keep pressing Saudi Arabia on civil liberties but also saying the Gulf Arab state had made some progress on human rights.

Previous Baby among three killed as Israel strikes Gaza
Next UAE billionaire opens jobs for Filipinos, to hire more as he forays into Philippines

A U.S. agency investigating Facebook Inc for racial bias in hiring and promotions has designated …