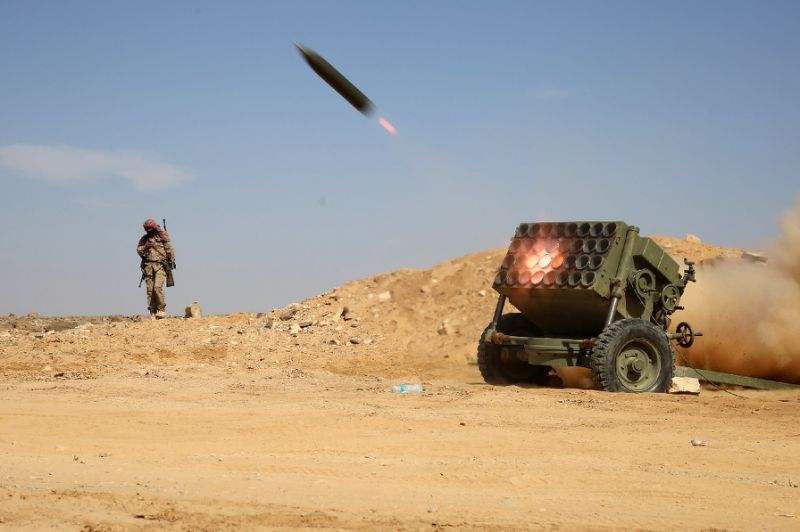 Saudi Arabia says it has intercepted a ballistic missile fired from Yemen, after a loud explosion was heard near Riyadh airport on Saturday evening.

The missile was destroyed over the capital and fragments landed in the airport area, officials quoted by the official Saudi Press Agency said.

A TV channel linked to Houthi rebels in Yemen said the missile was fired at the King Khalid International Airport.

The civil aviation authority said that air traffic was not disrupted.

Saudi forces have reported shooting down Houthi missiles in the past , though none has come so close to a major population centre.

"The missile was launched indiscriminately to target the civilian and populated areas," said Turki al-Maliki, a spokesman for the Saudi-led military coalition in Yemen.

"Shattered fragments from the intercepted missile landed in an uninhabited area of the airport and there were no injuries."

Residents in the north of Riyadh said their windows were rattled by a loud blast on Saturday evening that was followed by the roar of low-flying aircraft.

The Houthi-run Saba News in Yemen said the missile had been a Burkan H2.

The rebel group is believed to have access to a stockpile of Scud ballistic missiles and home-grown variants. Saudi forces have previously brought them down with Patriot surface-to-air missiles bought from the US.

The Houthis fired a missile towards Riyadh in May, a day before US President Donald Trump was due to arrive in the city for a visit, but it was shot down 200km (120 miles) from the capital.

Yemen has been devastated by a war between forces loyal to the internationally recognised government of President Abdrabbuh Mansour Hadi and those allied to the Houthi rebel movement.

Saudi Arabia is leading a campaign to defeat the Houthis, and is the biggest power in an international air coalition that has bombed the rebel group since 2015.

On Wednesday a suspected strike by the Saudi-led coalition killed at least 26 people at a hotel and market in northern Yemen, medics and local officials said.

UN-brokered talks have failed to bring an end to the bloodshed in Yemen, which has claimed more than 8,600 lives and injured nearly 50,000 since the Saudi-led campaign began.

The conflict has also left 20.7 million people in need of humanitarian assistance, created the world's largest food security emergency, and led to a cholera outbreak that is believed to have affected 884,000 people and caused 2,184 deaths.