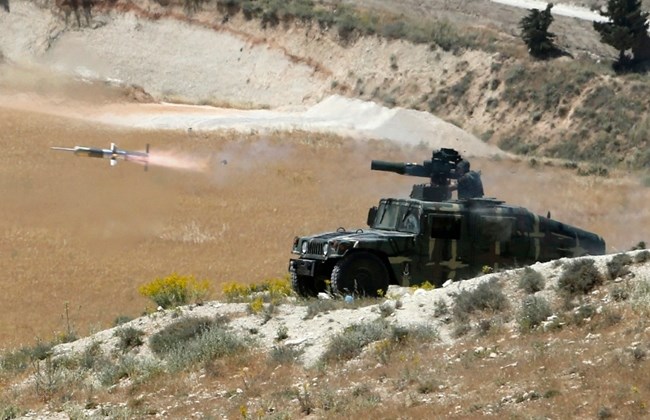 By Hanan Khaled for The Daily Star -- BEIRUT: Saudi Arabia has suspended two grants worth a combined total of $4 billion to the Lebanese Army and police over a political dispute, official Saudi news agency SPA reported Friday, dealing a major blow to the poorly-equipped security forces engaged in an open battle with militants.

The decision to stop a $3 billion grant to the army and halt what's left of a $1 billion package to the Internal Security Forces comes due to "Lebanon's stances that are not in harmony with the brotherly relations between the two countries," SPA cited an unnamed official as saying.

The first grant, announced in December 2013 by then-President Michel Sleiman, would have allowed Lebanon to purchase $3 billion in French weapons and training for Lebanon's army. At least one batch of the aid was received in April 2015.

The second grant was announced by former Prime Minister Saad Hariri in August 2014 following the army's five-day battle with ISIS and Nusra Front militants in a northeastern border town which killed dozens.

SPA said that the "kingdom conducted a full review of its relationship with the Republic of Lebanon in a manner that correlates to its stances and safeguards its interests."

"The $3 billion military aid package for the Lebanese Army via France and the remaining amount of another $1 billion grant to the Internal Security Forces will be halted," the official added.

Saudi Arabia "exerted efforts to prevent things from reaching this point," the official said, expressing a belief that stances issued by some Lebanese parties "don't represent the brotherly Lebanese people."

"The kingdom values the stances of some Lebanese officials and figures, in particular Prime Minister Tammam Salam, who expressed solidarity with Saudi Arabia."

The ministry, headed by Free Patriotic Movement chief Gebran Bassil, was scolded by Salam and Hariri for distancing Lebanon from the statements at the Arab League meeting in Cairo and meeting of the Organization of Islamic Cooperation.

Bassil had abstained from a vote in Cairo over the statement because it classified Hezbollah as a terrorist organization and blasted Iran for supporting terrorism. The Jeddah meeting did not make mention of Hezbollah, an FPM ally, but accused Tehran of backing terrorism.

The two meetings were called over the Jan. 2 storming of the Saudi embassy in Iran by protesters angry at Riyadh's beheading of a Shiite cleric.

The sudden decision also comes in light of several speeches by Hezbollah chief Sayyed Hasan Nasrallah accusing Riyadh of backing terror groups in Syria, and being allied with Israel in their determination to see Syrian President Bashar Assad overthrown.