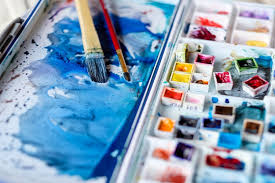 Saudi musician Abdullah Khoja wants to help people express their emotions through art therapy because of the way it helped him to deal with his feelings.

“When you have suppressed emotions, it eats you up and you feel angry all the time, and this can easily be lightened up by art therapy because emotions are energy that you can use for good or bad,” he told Arab News.

His mother passed away when he was a child, and he felt lonely because of the age gap between him and his siblings.

“I had no one to talk to about these emotions that I suppressed inside of me. So I tried to play video games and hold these feelings in, but it didn't work. I was full of rage.”

Khoja discovered that he enjoyed playing the piano and guitar in middle school, which made him feel better.

He later joined a band and started playing the guitar. He and his bandmates took part in many events and performed at restaurants in Jeddah.

“It’s like talking to someone,” Khoja said. “I wasn’t good at expressing my feelings, so I channeled this energy through music and found my passion for piano and guitar the most. I play the piano when I am depressed, and I play the guitar when I’m angry.”

The self-taught artist revealed that he was also a bully in school for a brief period, but he began to heal after learning to play musical instruments through YouTube.

“The Saudi government has boosted its support for the arts, such as establishing a music commission. I wish that it had existed when I was younger, as I learned everything through YouTube, but there are now many institutions that teach music."

Khoja also saw a therapist for a month to address his emotional turmoil but found himself unable to talk about his feelings.

His therapist then advised him to express himself through music as it was something he was comfortable with, after which he learned to speak up.

Unspoken emotions, Khoja said, were like planting a tree in a pot. The roots would become entangled and complex if the pot was not big enough.

“I didn't make the pot bigger and, because I didn't talk, my roots got more complicated. But when I play music, everything feels fine.”

Khoja is now working toward being a certified art therapist so he can help others channel their emotions more constructively, through music, dance, creative writing, poetry, movement, or art, and come out from any negativity or depression they may be experiencing.