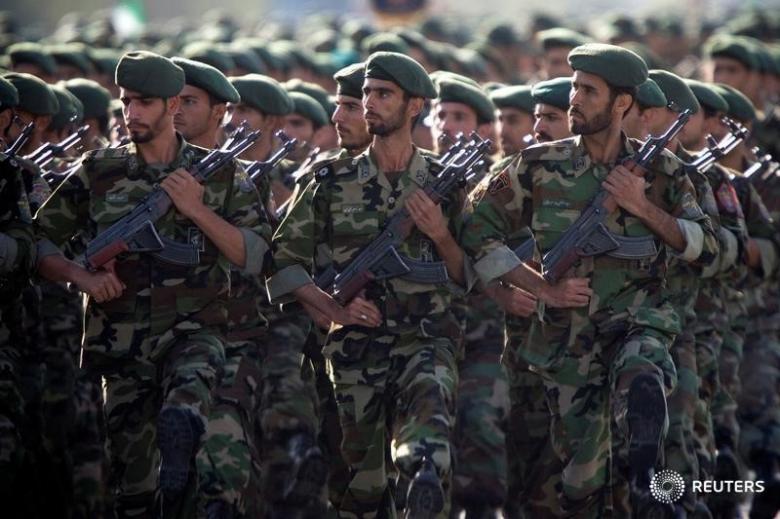 Sanctions on Iran revolutionary guards to remain, says US

The U.S. and Israel are committed to ensure Iran does not acquire a nuclear weapon, Secretary of State Antony Blinken said Sunday, as the allies acknowledged differences over negotiations with Tehran.

"When it comes to the most important element, we see eye to eye. We are both committed, both determined, that Iran will never acquire a nuclear weapon," Blinken told reporters in Jerusalem, alongside his Israeli counterpart Yair Lapid, who said Israel had "disagreements" with Washington about a possible deal to revive the 2015 nuclear accord with Tehran.

U.S. special envoy Robert Malley meanwhile said Sunday that the United States will maintain sanctions on Iran's Revolutionary Guards even if there is a deal to limit the country's nuclear program.

Iran has insisted that a revived nuclear accord, which diplomats say is close, is conditional on the Islamic Revolutionary Guard Corps (IRGC) being taken off a U.S. terrorist list.

The Guards are on the list because of Iran's action supporting the Syrian government, Yemen's Huthi rebels and the Lebanese group Hizbullah.

EU foreign policy chief Josep Borrell told the Doha Forum on Saturday that a revived nuclear accord would be sealed in "a matter of days."

Iran has been engaged in negotiations to revive the accord with Britain, China, France, Germany and Russia directly and the United States indirectly since April 2021.

The European Union's coordinator for the Vienna talks, Enrique Mora, is in Tehran where he is hoping to find a way to hammer out remaining differences.

But Malley cautioned at the Doha Forum of political and business leaders that a deal was not "inevitable" and not "just around the corner".

"We're pretty close," he said of the negotiations, but added: "We've been pretty close now for some time. And I think that tells you all you need to know about the difficulty of the issues."

"IRGC, certainly it has to be removed," he said.

The United States designated the Guards as a "foreign terrorist organization" under then-president Donald Trump in April 2019.

It came the year after Trump unilaterally withdrew the United States from the 2015 nuclear deal, known formally as the Joint Comprehensive Plan of Action.

Kharrazi also said Iran wanted guarantees that the United States would not withdraw again from the deal. Malley said there could be no guarantee after President Joe Biden's term ends.