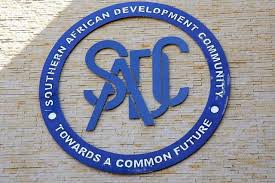 Gaborone, Botswana: The 38th Ordinary Summit of the Heads of State and Government of the Southern African Development Community (SADC) which  was held at Safari Court Conference Centre, Windhoek, in Namibia, on 17and 18th August 2018 has released its findings and resolutions concluded from the meeting of heads of state or their representatives.

One of the resolutions were urging  the international community to lift all sanctions against Zimbabwe, and support the Republic of Zimbabwe in her economic and social development efforts.

The summit was also attended by Paul Kagame, the president of Rwanda, and the current chairperson of the African Union. Dr. Stergomena Lawrence Tax, the SADC executive secretary, Moussa Faki, chairperson of the African Union Commission (AUC), and Dr. Vera Songwe, executive secretary of the United Nations Economic Commission for Africa (UNECA) were also in attendance.

The SADC heads of state meeting approved the operationalisation of the SADC University of Transformation, in the form of a virtual university, to focus on entrepreneurship, innovation, commercialization, technology transfer, enterprise development, digital and knowledge economy, to support SADC Industrialization agenda.

The SADC summit  also noted the progress in the implementation of the Revised Regional Indicative Strategic Development Plan (RISDP) 2015-2020, and urged Member States to focus on implementing priority activities within the approved frameworks of the Revised RISDP, and their policy documents, including the Industrialization Strategy and Roadmap, Regional Infrastructure Development Master Plan, the Regional Agricultural Investment Plan, and the Strategic Indicative Plan of the Organ on Politics, Defence and Cooperation.

Summit noted progress made in the implementation of SADC Industrialization Strategy and Roadmap 2015-2063, and urged Member States to remain committed to the implementation of the SADC industrialization agenda, as the overarching priority for the region. A review of the SADC regional economic performance was done and urged member states to scale up efforts aimed at diversifying their economies, improve domestic revenue collection mechanisms, and manage public expenditures.

The Southern African Community (SADC) agreed about the overall decline in food production in the Region, for the 2017/18 crop season, and urged Member States to put in place measures to tackle food insecurity in the Region, while developing contingency plans to enhance drought preparedness, in view of the likelihood of adverse El Nino induced conditions during the 2018/19 cropping season.

Summit noted that, the Union of Comoros has deposited her Instrument of Accession, and commended the Union of Comoros for acceding to the SADC Treaty and becoming a full Member of SADC. It was reaffirmed SADC Position that the current African, Caribbean and Pacific negotiations and decision-making governance structure be maintained.

Summit urged Member States that have not yet signed and/or ratified the Tripartite Free Trade Area (TFTA) Agreement to do so, and urged Member States to expeditiously finalise the exchange of tariff offers, and pave the way for the implementation of the Tripartite Free Trade Area (TFTA). The 23rd of March, as the day for commemorating the Southern Africa Liberation Day was endorsed.

It was noted that the SADC Solidarity Conference with the Saharawi Arab Democratic Republic (SADR)/Western Sahara will be held in October/November 2018, to be hosted by  South Africa.

Summit noted progress in addressing SADC proposals on the ongoing Institutional Reform of the African Union, reiterated its commitment towards the reforms, and called for continued consultations with a view to addressing the outstanding issues. Summit mandated the Chairperson of SADC to fast track these consultations.

The SADC member states thanked Paul Kagame, President of the Republic of Rwanda, and Chairperson of the African Union for accepting SADC’s invitation and for attending the 38th Summit of SADC heads of state and government, and for his continued commitment and leadership towards the implementation of the AU Institutional Reforms.

It was noted with concern that, despite a number of SADC initiatives in the Kingdom of Lesotho, progress on the implementation of the reforms roadmap, and national dialogue remains very slow. SADC member’s states agreed not to entertain any further delays in the implementation of Reforms and National Dialogue, and called upon SADC member states to take necessary measures against those with intentions to delay, or threaten to derail the Reforms and the National dialogue processes.

The Government of the Kingdom of Lesotho was urged to put in place a program with clear milestones for the implementation of priority activities on the Reforms Roadmap and National Dialogue, while recognizing that the SAPMIL (SADC Preventing Mission in Lesotho) tenure end in November 2018, a report of which, is to be submitted to the Chairperson, of the Organ by 30th October 2018.

The Summit thanked Cyril Ramaphosa, president of South Africa and Facilitator to the Kingdom of Lesotho, supported by the facilitation team, for his continued facilitation in the Kingdom of Lesotho. An expression of approval was given to President Joseph Kabila and the Government of the Democratic Republic of Congo for upholding the constitution of the Democratic Republic of Congo, and noted that the Government of the DRC will continue to provide the necessary funding and logistical requirements to enable the conduct of peaceful and credible elections. The summit commended the Government of Madagascar and political stakeholders for reaching an agreement that facilitated the appointment of the new Prime Minister Christian Ntsay, and the formation of a consensus Government, and urged all political stakeholders to ensure that the upcoming elections take place in a peaceful environment.  Gratitude was given to Joaquim Chissano, former president of Mozambique, and a SADC Special Envoy to Madagascar for his effective mediation efforts in the Republic of Madagascar.

The SADC congratulated Member States that held elections since the last summit in August 2017, namely Angola Zimbabwe, and congratulated  President João Manuel Gonçalves Lourenço and the Movement for the Popular Liberation of Angola (MPLA) party for winning the elections, and called upon all stakeholders in Zimbabwe to remain calm while the legal process regarding the outcome of the elections are being considered by the courts, and to respect the will of people of Zimbabwe.

An applaud was given to  João Manuel Gonçalves Lourenço, the President of the Republic of Angola and Outgoing Chairperson of the Organ on Politics, Defence and Security for his outstanding leadership in steering issues of the Organ during his tenure.

The Declaration on Eliminating Malaria in the SADC Region was approved to firmly place regional malaria elimination on the agenda of all Member States.

The summit noted that the tenure of Emilie Ayaza Mushobekwa, the current SADC deputy executive secretary-Corporate Affairs, is ending in October 2018, and thanked her for the services rendered to the Secretariat and SADC. SADC approved the appointment of Ambassador Joseph Andre Nourrice, from Seychelles, for the position of SADC deputy executive secretary – Corporate Affairs.