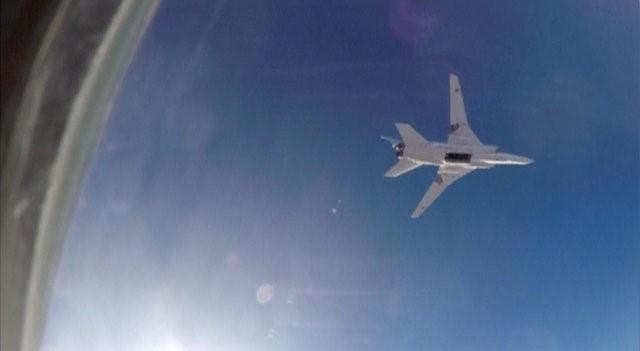 By Andrew Osborn for Reuters - Russia used Iran as a base from which to launch air strikes against Syrian militants for the first time on Tuesday, widening its air campaign in Syria and deepening its involvement in the Middle East.

It was the first time Russia has used the territory of another nation, apart from Syria itself, to launch such strikes since the Kremlin launched a bombing campaign to support Syrian President Bashar al-Assad in September last year.

It was also thought to be the first time that Iran has allowed a foreign power to use its territory for military operations since the 1979 Islamic revolution.

The Iranian deployment will boost Russia's image as a central player in the Middle East and allow the Russian air force to cut flight times and increase bombing payloads.

The head of Iran's National Security Council was quoted by state news agency IRNA as saying Tehran and Moscow were now sharing facilities to fight against terrorism, calling their cooperation strategic.

Both countries back Assad, and Russia, after a delay, has supplied Iran with its S-300 missile air defense system, evidence of a growing partnership between the pair that has helped turn the tide in Syria's civil war and is testing U.S. influence in the Middle East.

Relations between Tehran and Moscow have grown warmer since Iran reached agreement last year with global powers to curb its nuclear program in return for the lifting of U.N., EU and U.S. financial sanctions.

The Russian Defence Ministry said its bombers had taken off on Tuesday from the Hamadan air base in north-west Iran. To reach Syria, they would have had to use the air space of another neighboring country, probably Iraq.

The ministry said Tuesday's strikes had targeted Islamic State as well as militants previously known as the Nusra Front in the Aleppo, Idlib and Deir al Zour provinces. It said its Iranian-based bombers had been escorted by fighter jets based at Russia's Hmeymim air base in Syria's Latakia Province.

"As a result of the strikes five large arms depots were destroyed ... a militant training camp ... three command and control points ... and a significant number of militants," the ministry said in a statement.

The destroyed facilities had all been used to support militants in the Aleppo area, it said, where battle for control of the divided city, which had some 2 million people before the war, has intensified in recent weeks.

The Syrian Observatory for Human Rights, a U.K.-based war monitor, said heavy air strikes on Tuesday had hit many targets in and around Aleppo and elsewhere in Syria, killing dozens.

Strikes in the Tariq al-Bab and al-Sakhour districts of northeast Aleppo had killed around 20 people, while air raids in a corridor rebels opened this month into opposition-held eastern parts of the city had killed another nine, the observatory said.

Zakaria Malahifi, political officer of an Aleppo-based rebel group, Fastaqim, said he could not confirm if the newly deployed Russian bombers were in use, but said air strikes on Aleppo had intensified in recent days.

“It is much heavier,” he told Reuters. “There is no weapon they have not dropped on Aleppo – cluster bombs, phosphorus bombs, and so on.”

Aleppo, Syria's largest city before the war, is divided into rebel and government-held zones. The government aims to capture full control of it, which would be its biggest victory of the five year conflict.

Hundreds of thousands of civilians are believed to be trapped in rebel areas, facing potential siege if the government closes off the corridor linking it with the outside.

Russian media reported on Tuesday that Russia had also requested and received permission to use Iran and Iraq as a route to fire cruise missiles from its Caspian Sea fleet into Syria, as it has done in the past.

Russia has built up its naval presence in the eastern Mediterranean and the Caspian as part of what it says are planned military exercises.

The channel said the Iranian deployment would allow the Russian air force to cut flight times by 60 percent. The Tupolev-22M3 bombers, which before Tuesday had conducted strikes on Syria from their home bases in southern Russia, were too large to be accommodated at Russia's own air base inside Syria, Russian media reported.