Breaking News
Home / In Depth / Russia and Ukraine: Preparations for war in the Donbass

Russia and Ukraine: Preparations for war in the Donbass

Ever since leaders of Russia and Ukraine signed the truce agreement in 2015, there have been rumors about a possible new war over the coal-rich Donbass region of Eastern Ukraine. Indeed, sooner or later hostilities between Russia-backed Donbass forces and Western-sponsored Ukraine will resume. Has the time come for this frozen conflict to turn into a hot war?

By Nikola Mikovic
Over the past few weeks Moscow and Kiev have been trading blame for escalating violence in the Donbass. Ukraine accused pro-Russian self-proclaimed Donetsk People’s Republic and Lugansk People’s Republic of shelling its troops, while the leaders of the those entities claim that Kiev’s shelling of civilians has increased.

In addition, there are reports of Ukraine transporting military equipment to the Donbass, which is why some analysts already started speculating that a new round of clashes could erupt as early as in spring. 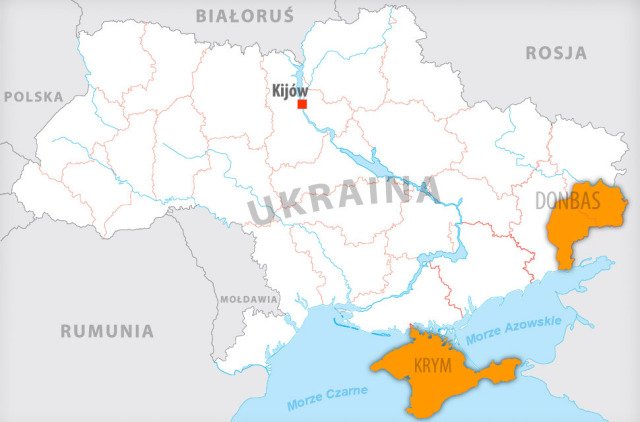 The Kremlin
“Russia is deeply concerned about the rising tensions in Donbass and hopes that the Ukrainian leadership will be able to prevent the escalation in the region”, said the Kremlin Spokesman Dmitry Peskov.

A potential escalation will not depend on Ukrainian leaders, but rather on relations between Russia and the West, primarily the United States. Ever since the Donbass conflict erupted in 2014, the West has been using Ukraine as an instrument against Moscow, while the Kremlin has created two proxy entities in the Donbass in order to establish control over the significant coal reserves in the region.

They are now effectively controlled by the self-proclaimed Donetsk People’s Republic and Lugansk People’s Republic who export the Donbas coal to Russia, and then Moscow sells it to Ukraine. In this lucrative business, oligarchs on both sides reportedly make significant profit.

Energy is one of the main reasons why Russia will unlikely abandon the Donbass in case of Ukraine’s military offensive. However, if the Kremlin provides a direct and open support to its proxies, the West is expected to impose harsh sanctions on Russia. That is why Moscow could use the same strategy it used in 2014 – sending military equipment and instructors, as well as volunteers, while publicly claiming that it is not involved in the conflict.

Ukrainian Army
Still, given that Ukrainian Army is much better prepared and equipped than in 2014 and 2015, it is quite questionable if Russian limited assistance to the Donbass republic will manage to prevent Ukrainian troops from capturing at least certain parts of cities such as Donetsk and Gorlovka.

On the other hand, given that around 650 thousand, out of 2.2 million of the Donbass people already have Russian citizenship, there are speculations that the Kremlin could eventually intervene the same way it did during the brief war between South Ossetia and Georgia in 2008.

Still, it is worth noting that Margarita Simonyan, the editor-in-chief of Russia’s state television RT, recently called Russian authorities to “take the Donbass home”. In other words, to absorb the energy-rich region.

Indeed, according to most surveys, the Donbass citizens would prefer to join the Russian Federation than to keep living in unrecognized republics where sporadic shelling has already become a daily reality.

Moreover, local authorities reportedly plan to raise tariffs by 20 percent on water supply, heat energy, hot water, housing maintenance services and removal of household waste. They claim that new prices will still be cheaper than those on the territory controlled by Ukraine.

For Kiev, restoring sovereignty over the Donbass has no alternative. Ukrainian leaders have already demonstrated that they are not willing to negotiate the status of the Donbass directly with the Russian proxies.

That is why Russian, Ukrainian as well as European officials periodically hold the Normandy Summits on the future of the region, but no solution has been found to this day. The coming weeks and months will show if military option will prevail over the stalled peace process.