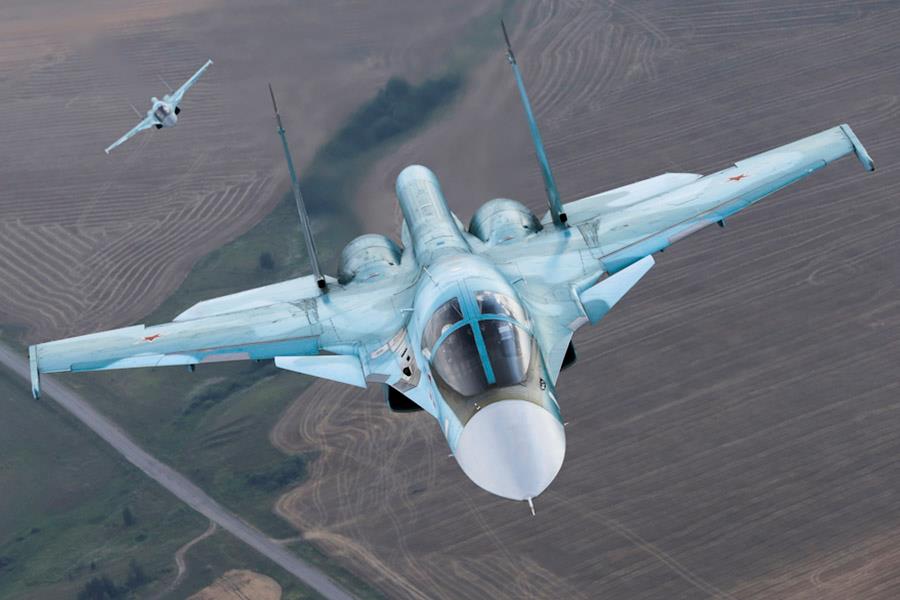 Russia says it killed rebels behind swarm drone attack in Syria, but experts see more such strikes ahead

Kirill Kudryavtsev | AFP | Getty Images
An officer takes pictures of drones allegedly used during recent attacks on Russia's bases in Syria, at a briefing in the Russian Defence Ministry headquarters in Moscow on January 11, 2018.

Russia's defense ministry said Friday it tracked down and killed the group of militants responsible for a recent coordinated drone attack against one of its bases in Syria.

Experts said swarm-like attacks using weaponized drones is a growing threat and likely to only get worse. They also said the possibility exists of terrorists using these drones in urban areas against civilians.

"We're likely to see more attacks of larger scale going forward, potentially even larger than this and in a variety of things — air, land and sea," said Paul Scharre, director of the Technology and National Security program at the Center for a New American Security, a Washington think tank.

Earlier this month, militants in Syria launched a drone attack using more than a dozen weaponized unmanned aerial vehicles in Russia's Hmeymim airbase as well as a navy supply base in Tartus. Most of the drones were used on the attack against Hmeymim, located in western Syria near the city of Latakia.

Vadim Savitsky | TASS | Getty Images
Showing parts of drones that were used to attack a Russian military base in Syria, during a press briefing. On January 6, 2018, Russian servicemen repelled an attack by 13 armed drones on Russia's Hmeimim air base and Tartus naval base in Syria.

"The incident itself, while it wasn't necessarily a spectacular attack by terrorist standards, it certainly portends a very dark future," said Colin Clarke, a political scientist at the RAND think tank who specializes in terrorism, insurgency and criminal networks.

"What it signals to me is a lot of the things that we talk about that we know are going to be problems in the future may be problems now or a lot sooner than we thought," Clarke said.

The RAND expert also said the U.S. and other nations have a lot of thinking to do about how to deal with the weaponized drone technology, because it could be used not just on the battlefield but potentially in urban areas by organized terrorist groups or other bad actors.

On Friday, Russia said its forces conducted an operation to "eliminate" the group of insurgents who attacked the Hmeymim airbase Dec. 31. "All forces and means of the multi-level Russian military intelligence in Syria were involved," it said.

Russia's defense ministry also released video of what it said was the targeted strike against the militants. The ministry also has shown images of what appear to be the captured drones and homemade drone bombs.

According to Moscow, it was able to track down the militants' launch site after its experts "decoded the data recorded on the UAVs."

"U.S. bases are targets, and Russian bases are targets," said Olga Olicker, senior advisor and director of the Russia and Eurasia Program at the Center for Strategic and International Studies, a Washington defense think tank.

Experts say the U.S. also has the capability to shoot down multiple drones as well as electronic warfare and advanced jamming technology to target or take control of enemy UAVs. The U.S. Air Force last year purchased "counter-unmanned aerial systems" from an Israelicompany.

"The key is not just finding a way to target these drones," said Scharre. "It's finding a way to do it in a cost-effective way. If you shoot down a $1,000 drone with a $1 million missile, you're losing every time you're doing it."

Also, it comes less than a month after Russian President Vladimir Putinvisited the Hmeymim base and boasted about Russia's "successful intervention" against Islamic State terrorists in Syria's conflict.

"We have seen nonstate actors use armed drones in the past, but this is a significant step up in terms of the scale of attacks and just how many they were able to use simultaneously," said Scharre, who previously worked in the Pentagon and focused on unmanned and autonomous systems and emerging weapons technology.

Meantime, Russia said it analyzed the construction of the drones and explosives of the captured crafts, concluding that the militants in Syria must have had help from a technologically advanced country. However, the U.S.-led coalition fighting ISIS has denied it had a role.

At the same time, Russia implied that the explosive material used in the bomb may have come from a Ukrainian chemical plant.

"Some of the Russian accusations and insinuations that have been floating around I think are meant to suggest that foreign intelligence helped provide targeting information, if not the technology," said Olicker.

She said the technology itself appears to look like "off-the-shelf stuff" so the claims of assistance from a technologically advanced country are "spurious." She added that Moscow's "tendency to blame other state actors" for drone tech in the hands of militants appears disingenuous.