Seven years after Moscow incorporated Crimea into the Russian Federation, the Kremlin still cannot resolve the most critical problem – water supply to the disputed territory.

By Nikola Mikovic
Even though Russia invested billions into Crimea, to this day it did not find a way to deal with Kiev’s decision to shut off the 400-kilometer-long North Crimean Canal that connects the Black Sea peninsula to Ukraine.

Up till 2014, Crimea reportedly received around 85 percent of its water supplies from the Dnieper River – the fourth-longest river in Europe – in mainland Ukraine via the North Crimean Canal. Shortly after Crimea rejoined Russia in March 2014, Ukraine imposed an economic embargo on the peninsula, cutting off its supply of water and power.

Ever since, Moscow has been implementing ad hoc solutions, although some reports suggest the water shortages cause the Crimean economy to lose billions of rubles every year. The Kremlin seems determined to spend more billions to resolve the water supply issue, and there are indications that China could be included in this process. 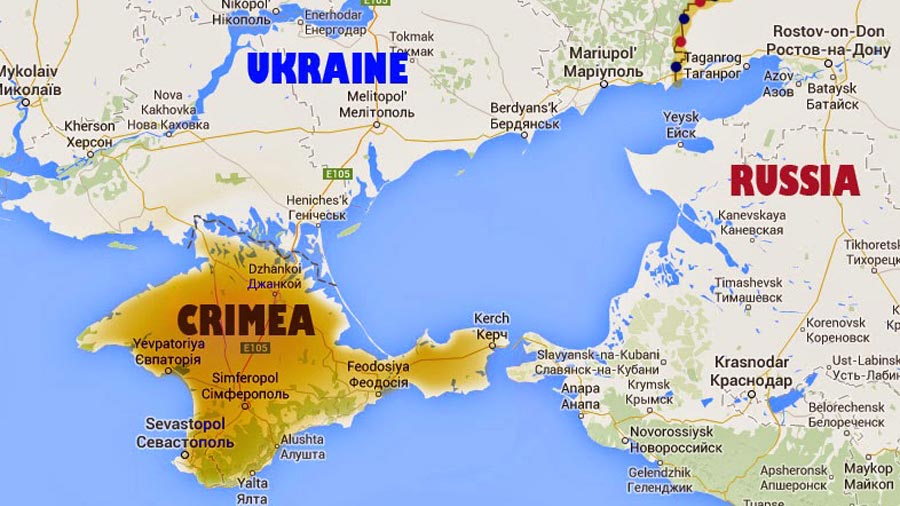 Role of China
“Chinese companies maintain contacts with Crimea and cooperate with it in accordance with market principles” said Chinese Foreign Ministry Spokesperson Zhao Lijian, commenting on the dissatisfaction of the Ukrainian side with the recent visit of the Chinese delegation to Crimea.

It is unclear, however, if the Chinese delegation negotiated the water supply issue with Crimean authorities. Indeed, it is not improbable that Moscow may have to rely on foreign actors in order to resolve this problem, just like it delivered Siemens-made turbines to Crimea in 2017 to be used for the construction of two power plants in the disputed peninsula.

Ukraine, strongly backed by the West, makes it perfectly clear that it will not start supplying water to Crimea until its “de-occupation.” Russia, on the other hand, is doing its best to avoid any potential confrontations with Kiev and its Western allies.

In 2014 the Kremlin had an opportunity to permanently secure sustainable water supply to Crimea. Had Russia seized the whole of southeastern Ukraine, and not just Crimea, the water-supply problem would have been avoided. Ever since, there were speculations that Russia may invade southern Ukraine, although such a scenario seems extremely unlikely.

Also, there were rumors that Moscow may return the coal-rich Donbass region to Ukraine in exchange for a de facto Ukrainian recognition of Crimea as part of the Russian Federation. Even if the Kremlin stops supporting its proxies in the Donbass, there is no guarantee that Ukraine, pushed by the West, will not attempt to reestablish control over Crimea, once the conflict in the east of Ukraine is resolved.

It is worth noting that in August 2016, Russian President Vladimir Putin accused the Ukrainian Defense Ministry of killing a Russian soldier and an FSB officer in Crimea, at the border with Ukraine.

Apparently, Ukraine sent a sabotage-reconnaissance group to Crimea, which resulted in a brief border clash. Putin said Russia would “not let such things slide by,” but Moscow never responded to the alleged killing of its military and intelligence personnel, which is another sign of Russia trying to stay away from any conflicts with Ukraine.

Ukrainian officials recently said that they have not been discussing with the Russian side the issue of resuming water supplies to Crimea in exchange for ending the war in Donbas. Thus, the problem will unlikely be resolved any time soon.

The Kremlin
In the meantime, the Kremlin is expected to keep demonstrating its weakness in the global arena. Moscow has reportedly taken the water supply matter to the international courts, with zero chances of winning a court case. From Ukrainian and Western perspective, reinstatement of water supplies, while Crimea remains under Russian control, would effectively legitimize Russia’s illegal land-grab. That is why it is not very probable that Kiev will make any concessions to Moscow regarding Crimea.

Finally, it remains unclear why would Moscow expect any concessions from Kiev, including informal recognition of the current status of Crimea, when certain structures within the Russian state apparatus do not treat the peninsula of as part of the Russian Federation.

For instance, Russia state-owned Sberbank – the largest bank in Russia – refuses to do any business in Crimea. In addition, Russian state-owned television network RT in its reports often points out that “most nations view Crimea as an illegally occupied Ukrainian peninsula”.

In other words, Russia’s current foreign policy suggest that the Kremlin will keep implementing half measures in Crimea, which will unlikely resolve the crucial problems in the peninsula, as well as numerous disputes between the Kremlin and its dear Western partners.