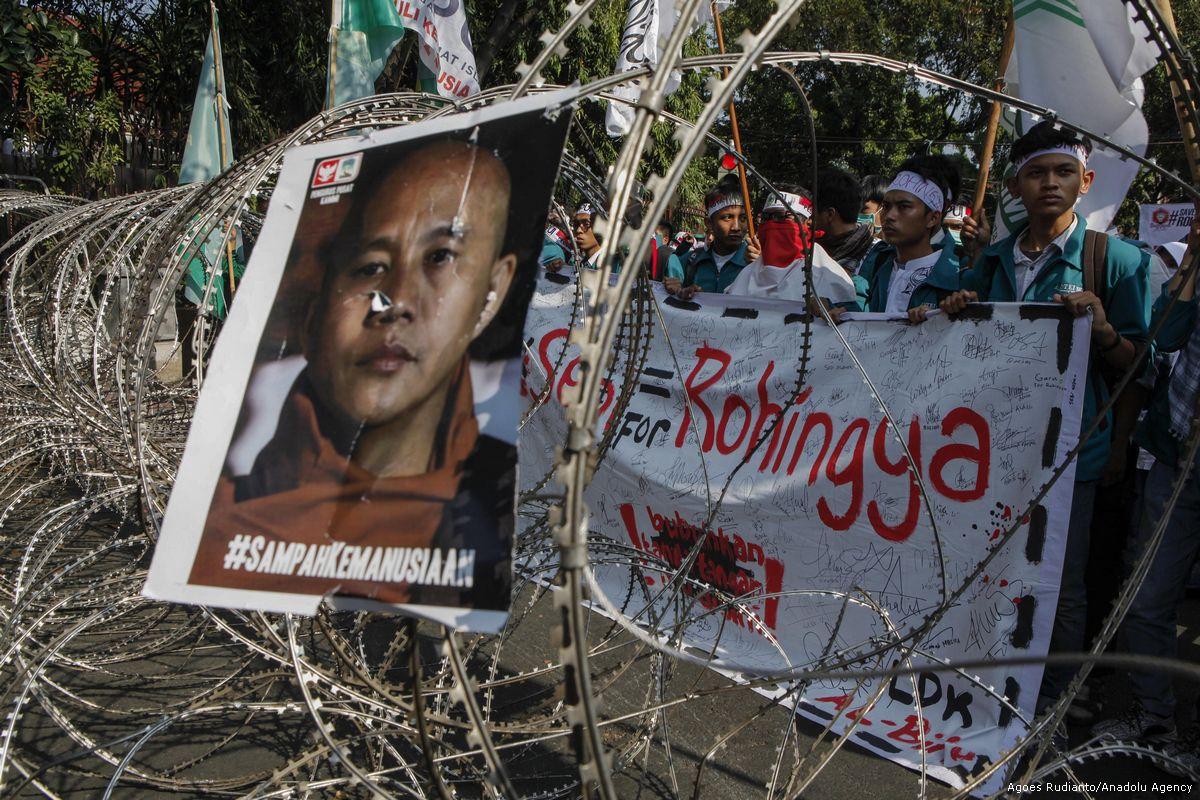 Myanmar is committing crimes against humanity in its campaign against Muslim insurgents in Rakhine state, Human Rights Watch said on Tuesday, and it called for the U.N. Security Council to impose sanctions and an arms embargo.

A government spokesman was not immediately available for comment but Myanmar has rejected U.N. accusations that its forces are engaged in ethnic cleansing against Rohingya Muslims in response to coordinated attacks by Rohingya insurgents on the security forces on Aug. 25.

Myanmar says its forces are fighting terrorists responsible for attacking the police and the army, killing civilians and torching villages.

The military campaign has sent nearly 440,000 refugees fleeing to Bangladesh, most of them Rohingya. They have accused the security forces and Buddhist vigilantes of trying to drive Rohingya out of Buddhist-majority Myanmar.

“The massacres of villagers and mass arson driving people from their homes are all crimes against humanity.”

The International Criminal Court defines crimes against humanity as acts including murder, torture, rape and deportation “when committed as part of a widespread or systematic attack directed against any civilian population, with knowledge of the attack”.

Human Rights Watch said its research, supported by analysis of satellite imagery, had found crimes of deportation and forced population transfers, murder and attempted murder, rape and other sexual assault and persecution.

“Attaching a legal label to the ghastly crimes ... may seem inconsequential,” Ross said. “But global recognition that crimes against humanity are taking place should stir the U.N. and concerned governments to action.”

The U.N. Security Council and concerned countries should urgently impose targeted sanctions and an arms embargo on the Myanmar military, the group said.

The violence in Rakhine State and the refugee exodus is the biggest crisis the government of Nobel laureate Aung San Suu Kyi has faced since it came to power last year in a transition from nearly 50 years of harsh military rule.

Myanmar regards the Rohingya Muslims as illegal immigrants from Bangladesh and communal violence has flared periodically for decades. Most Rohingya are stateless.

For years, the United States and its Western allies imposed sanctions on Myanmar in support of Suu Kyi’s campaign for democracy. Its response was to forge closer ties with China.

The United States has criticized the military campaign as “disproportionate” and called for an end to the violence but a Trump administration official said this month he did not expect a return to sanctions.

Suu Kyi has faced unprecedented criticism over the violence and calls for her Nobel prize to be withdrawn. She has denounced rights violations and vowed that abusers would be prosecuted and called for all sides to obey the law.

Suu Kyi has little if any control over the security forces under a military-drafted constitution that bars her from the presidency and gives the military control of the security services and veto power over political reform.

Myanmar has seen a surge of Buddhist nationalism over the past few years, and the public is largely supportive of the army campaign against insurgents blamed for starting the violence, and there is little sympathy for the refugees.

Since Sunday, the army has unearthed the bodies of 45 members of Myanmar’s small Hindu community who authorities say were killed by Muslim insurgents soon after the violence erupted.

The Arakan Rohingya Salvation Army insurgent group, which has claimed attacks on the security forces since October, denied killing the villagers.

Rights groups have said they have found evidence of abuses by the insurgents, including the burning of some Buddhists’ homes, but on a much smaller scale than abuses committed by the army and Buddhist vigilantes.

Some Hindus have fled to Bangladesh, complaining of violence against them by soldiers or Buddhist vigilantes. Others have taken refuge in Myanmar towns, complaining of being attacked by the insurgents on suspicion of being government spies.