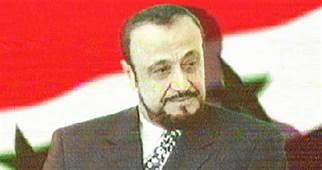 Rifaat Al-Assd to return to Syria after years in exile

The Levant 2 weeks ago News, Syria Leave a comment

According to the report, president Assad has allowed the return of his uncle, who left Syria in 1984 after mounting a failed coup against his brother Hafez al-Assad who ruled Syria from 1971 to 2000.

Saying Rifaat arrived in Syria on Thursday and would serve no political or social position, al-Watan reported that the return of Rifaat came against the backdrop of a verdict by a French court that sentenced him to four years in prison for financial crimes.

Rifaat’s assets, worth 106 million U.S. dollars, and his assets in Spain valued at 695 euros (about 804 U.S. dollars) have all been confiscated over the past few years.