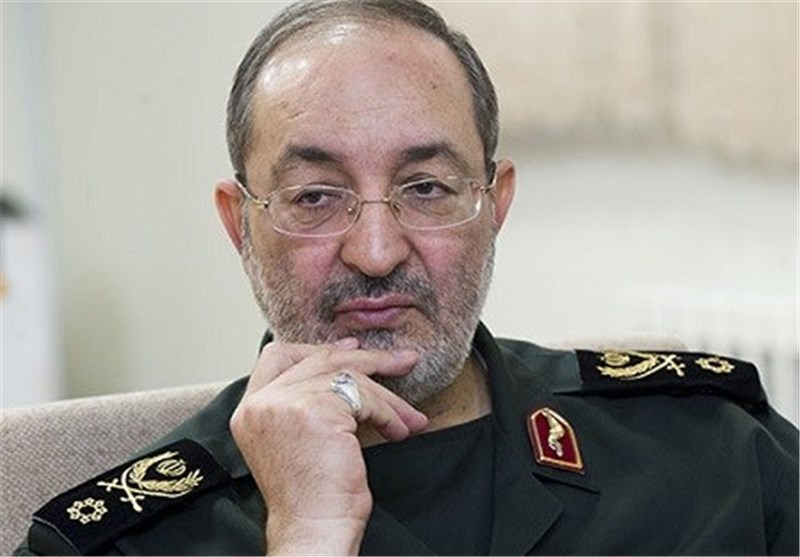 DUBAI | BY BOZORGMEHR SHARAFEDIN for Reuters — A senior member of Iran’s Revolutionary Guards urged the government on Tuesday to follow its supreme leader’s vision for a self-reliant economy and said the Guards wanted to play a bigger role to make that happen.

Ayatollah Ali Khamenei, Iran’s most powerful figure, called for a “resistance economy” on Sunday, saying U.S. policies to restrict business with Iran had undermined any economic benefits of international sanctions being lifted in January.

His comments presented a challenge to President Hassan Rouhani, the chief architect of last year’s nuclear deal that led to sanctions relief, who has tried since that accord to attract foreign investment and open Iran’s markets.

“The main audience for (Khamenei’s concept of) the resistance economy is the government,” Brigadier General Masoud Jazayeri, deputy joint chief of staff of the armed forces was quoted as saying by Fars news agency.

Jazayeri is a member of the Islamic Revolutionary Guards Corps (IRGC), a powerful faction that controls a business empire as well as elite armed forces. Its economic interests could be threatened by increased competition from abroad.

“The armed forces are ready to play a significant role in the resistance economy and implementing the supreme leader’s suggestions,” he said.

Jazayeri added that Rouhani should see the Guards’ achievements in creating advanced ballistic missiles as an economic blueprint and evidence that Iran did not need foreign investment to succeed.

Any increase in the IRGC’s economic footprint could make Iran a riskier market for foreign investors, as many of its members and front companies remain under U.S. sanctions on Iran’s defense industries and alleged support for what Washington sees as “acts of terrorism”.

In a clear reaction to Jazayeri’s comments, Iranian Vice President Eshaq Jahangiri said the government was not the audience for Khamenei’s speech.

“All state bodies were the audience … No person, faction or organization should interpret ‘resistance economy’ as they want,” he was quoted as saying by state news agency IRNA.

Khamenei called the Iranian new year, which began on Sunday, “the year of the Resistance Economy: Action and Implementation”, implying that he expected the government to do more to insulate the economy from possible sanctions or hostile foreign activity.

In a video message on the same day, Rouhani said further engagement with other countries was the key to economic growth, a view that has put him increasingly at odds with Khamenei, who outranks him.

Reiterating his remarks, Rouhani said on Tuesday that he had been seeking a strong economy since his election in 2013 and “constructive engagement with the world” was the main part of that policy.

His chief of staff Mohammad Nahavandian also said on the same day that opening Iran to foreign investment would in fact help to build a “resistance economy”.

“To increase the resistance of Iran’s economy, we should expand ties with neighboring countries and the world,” Nahavandian was quoted as saying IRNA.

“If Iran is an active member of international organizations, the chance of getting hit by new sanctions and economic restrictions will be limited,” he added.

Previous Reuters: China central bank to Fed: A little help, please?
Next Trump claims ‘we’re having problems with Muslims’ and calls for mosques to be studied