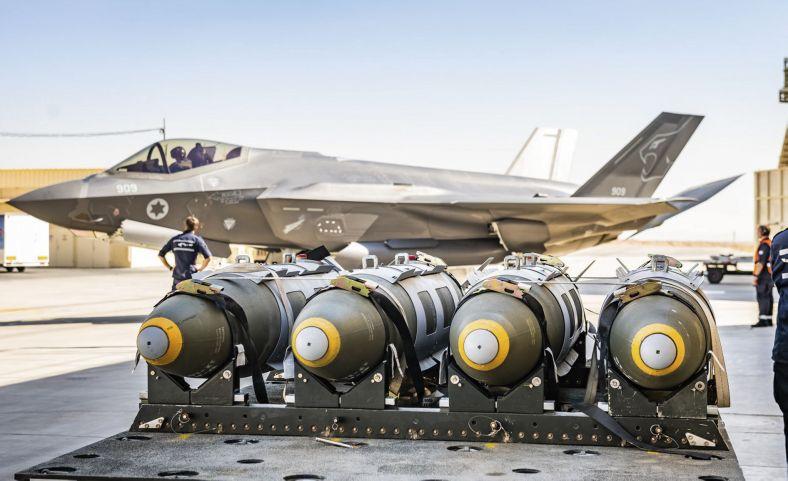 Israeli F-35 stealth fighters penetrated Iranian airspace on multiple occasions in the last two months, a Saudi-run news outlet reported Wednesday, as Israel stepped up its rhetoric against a nascent agreement to revive the 2015 nuclear deal between Tehran and world powers.

The unverified report in London-based Elaph said the jets successfully evaded Russian and Iranian radars during the exercises. Drones and mid-air refueling tankers were also reported to have participated in the “massive” drills.

According to Elaph, Israel and the US also carried out secret exercises over the Red Sea simulating a strike on Iran from the sea and air and the seizing of Iranian warships.

Elaph also reported that Israeli submarines have been covertly monitoring Iranian spy ships Behshad and its escort Jamaran, as well as helicopter landing ship Hingham. The ships are stationed in the Red Sea.

According to the outlet, the coordination between US and Israeli forces all but confirms America’s willingness to participate in either an offensive strike or in defensive action should indirect talks between Washington and Tehran to revive the nuclear deal break down.

In January, Elaph, citing an unnamed source, reported on Israel carrying out massive refueling drills over the Mediterranean, also aimed at practicing for an Iran strike.

At the end of May, the Israeli Air Force carried out air maneuvers over the Mediterranean Sea simulating striking Iranian nuclear facilities as part of a large-scale military exercise called Chariots of Fire.

In the event of an airstrike on Iran, Israeli jets would require refueling, which can be provided by a Boeing mid-air refueling tanker. Israel has been waiting for new KC-46 refuelers, which are on backorder, to replace its aging fleet of mid-air tankers.

Israel has vowed to keep Iran from acquiring a nuclear bomb, preparing military action for use against Tehran if necessary, and has been accused of waging a covert sabotage campaign aimed at setting back Iran’s nuclear program.

The reports on the drills may be aimed at projecting Israel’s preparedness to carry out strikes and the fact that it has US backing.

At the beginning of last year, IDF Chief of Staff Aviv Kohavi announced that he had instructed the military to begin drawing up fresh attack plans against Iran. By September, Kohavi said the army had “greatly accelerated” preparations for action against Tehran’s nuclear program.

The Biden administration and the European Union have been looking over Iran’s proposals for a return to the accord over the past week, with many of the reported obstacles reportedly removed.

In 2018, then-US president Donald Trump pulled the US out of the accord and said he would negotiate a stronger deal, but that didn’t happen. Iran began breaking the deal’s terms a year later.

EU-coordinated negotiations on reviving the deal began in April 2021 before coming to a standstill in March and picking up again in August. The Biden administration has repeatedly said it believes diplomacy is the best way to resolve the crisis.

Israel has long opposed the deal, arguing that Iran is seeking to build a nuclear bomb, and has published intelligence it says reveals the Iranian weapons program.

“We have made it clear to everyone: if a deal is signed, it does not obligate Israel. We will act to prevent Iran from becoming a nuclear state,” Prime Minister Yair Lapid said Wednesday as Defense Minister Benny Gantz flew to the US for meetings aimed at pushing Israeli concerns over the emerging agreement.

Iran has denied any nefarious intentions and claims its program is designed for peaceful purposes, though it has recently been enriching uranium to levels that international leaders say have no civil use.