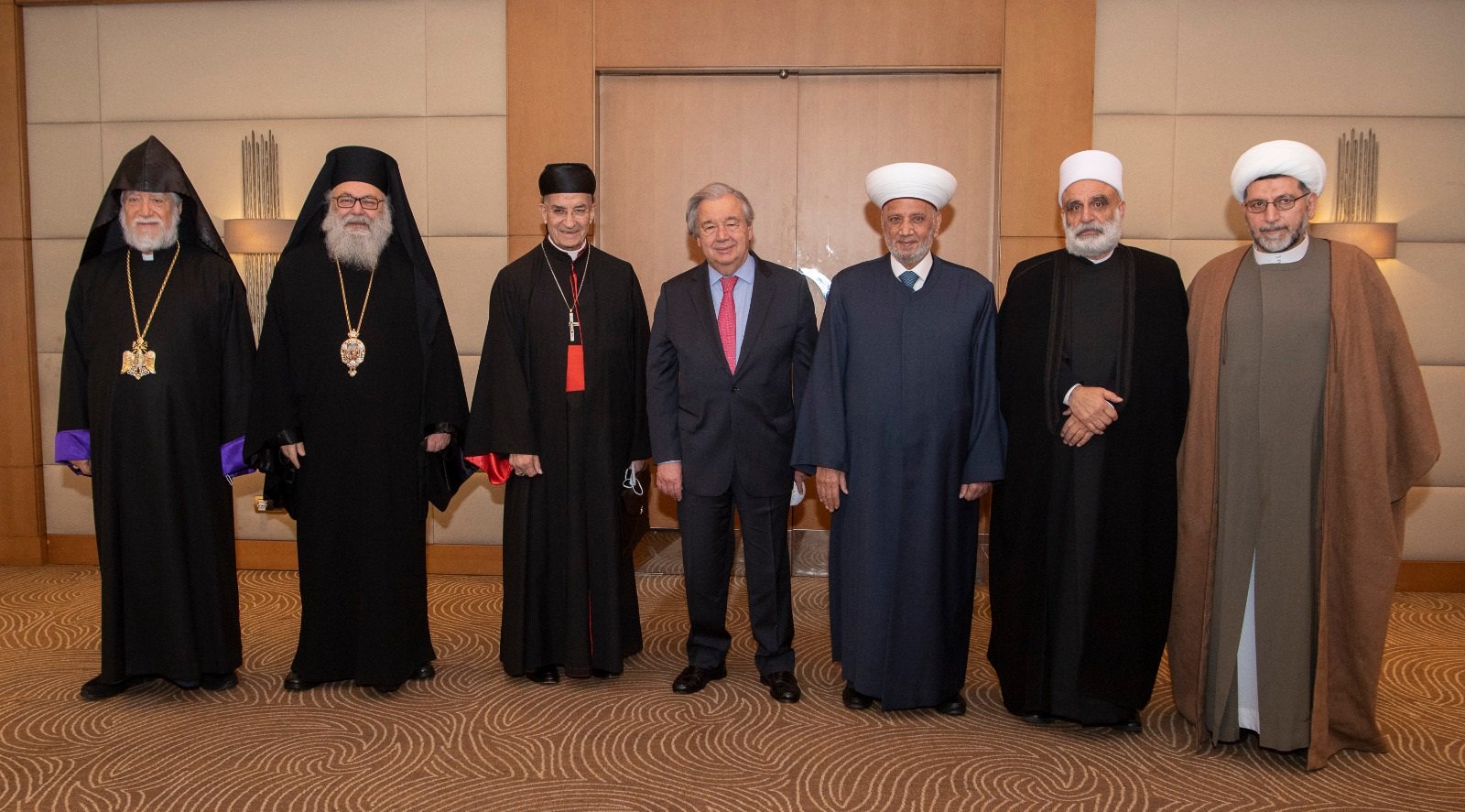 A joint communique was issued after the talks in which the conferees confirmed their "commitment to openness, tolerance and coexistence as the essence of Lebanon’s identity and stability."

"They stressed the importance of safeguarding these values, which are at the core of faith, especially at this difficult time of grave financial and socioeconomic crisis that is heavily impacting the population," the statement said.

"Participants expressed their determination to focus on what unites Lebanon and brings its people together, and they encouraged their communities to do the same and to adopt dialogue as a means of resolving differences in a spirit of consensus and togetherness," it added.

The participants also emphasized "a shared desire across all religions and confessions to see Lebanon recover and prosper," adding that they are "committed to doing all they can to restore hope to its people."

The meeting also reconfirmed the support of the United Nations to Lebanon in order to "halt the crisis and spare the people from further suffering."