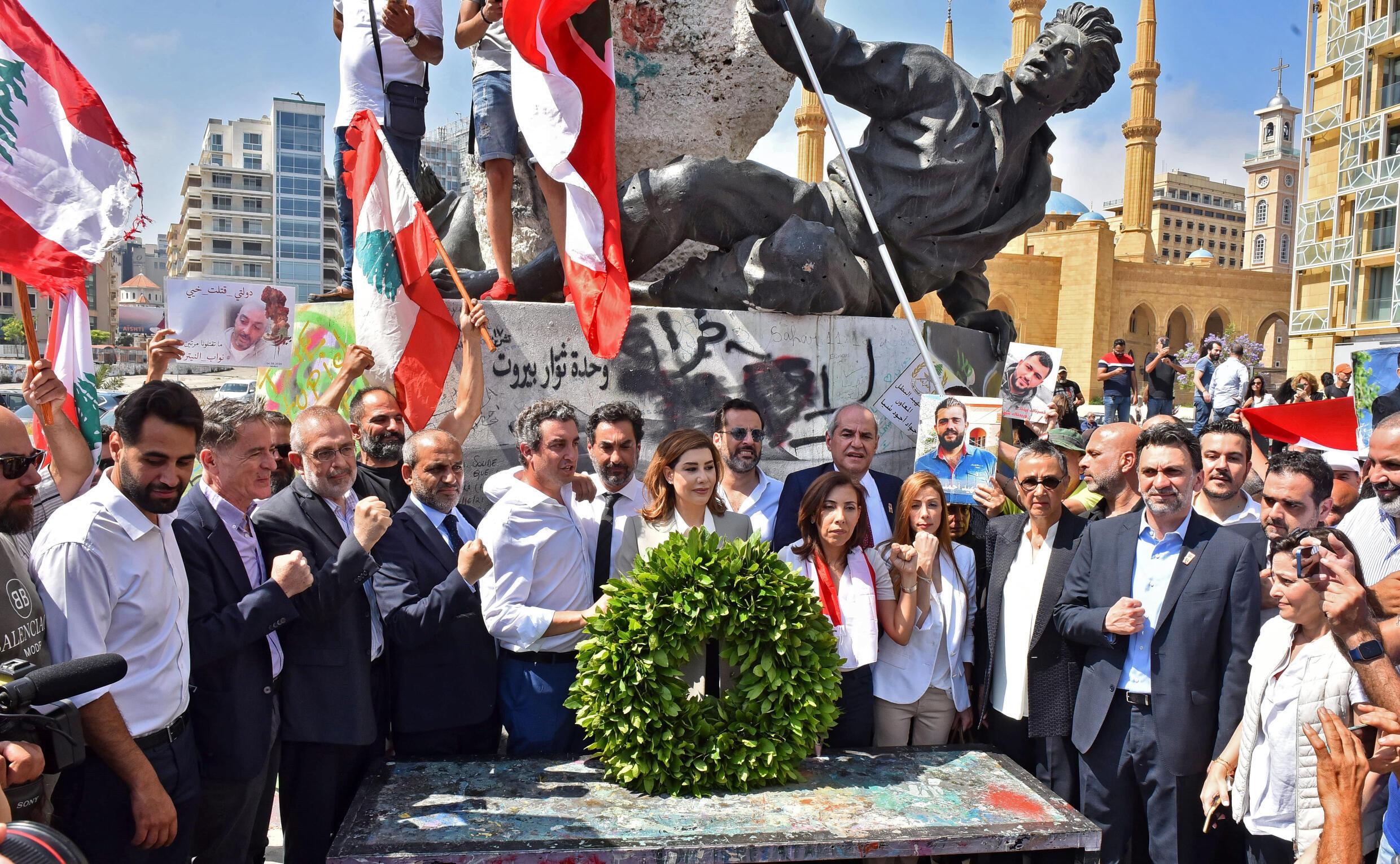 Reformist MPs born out of the 2019 protest movement gathered Tuesday outside Beirut's port and met with families of the port blast victims ahead of the first Parliament session.

The independent lawmakers joined the victims' relatives in a symbolic march from the docks to parliament.

They chanted "revolution" as they passed by Martyrs' Square -- the focal point of the 2019 protests.

"This square will be our reference," said independent lawmaker Firas Hamdan, who stepped into parliament for the first time on Tuesday.

The families of the victims urged for depoliticizing the investigation and for lifting immunities for ex-ministers wanted for questioning.

The investigation into the port explosion, when hundreds of tons of improperly stored ammonium nitrate detonated, has been stalled for months amid legal challenges by officials charged by the investigative judge.

"Beirut has the right to know who killed her," said independent legislator Yassin Yassin, in a reference to the bungled probe.

The newly elected Oct. 17 MPs, in the symbolic march today, crossed from the streets to Parliament. Some of them had braved tear gas and rubber bullets, sometimes trying to scale the cement walls surrounding Lebanon’s parliament during anti-government protests.

The reformist MPs arrived to Parliament as it convenes today to elect a parliament speaker. They will likely cast a blank vote for both Parliament Speaker and Deputy Speaker, as they said they refuse the "deals" of the traditional parties.

Reformist MP Marc Daou arrived to parliament with a picture of the port blast victims, a blast that killed more than 200 people, injured thousands and devastated swathes of the city. It reignited in August 2020 the protests that had started in October 17.

Lebanese voters on May 15 had elected a new parliament, including at least 13 independents and newcomers from the 2019 protest movement.

That was a major achievement considering they went into the vote fragmented and facing intimidation and threats by entrenched mainstream parties. Their showing sends a strong message to ruling class politicians who have held on to their seats despite an economic meltdown that has impoverished the country and triggered the biggest wave of emigration since the 1975-90 civil war.