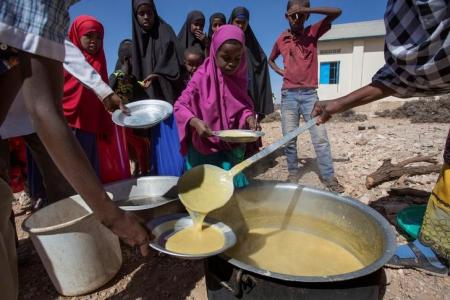 GENEVA – There is a window of only three to four months to avert mass starvation in Yemen and Somalia, plagued by conflict and drought, the International Committee of the Red Cross (ICRC) said on Wednesday in an appeal for funding.
More than 20 million people in four countries – Yemen, Somalia, South Sudan and northeast Nigeria – face famine. “We have probably a window of three to four months to avoid a worst case scenario,” ICRC director of operations worldwide Dominik Stillhart told a news briefing.
Robert Mardini, ICRC regional director for the Middle East, said that an ICRC team who provided aid to wounded refugees after a deadly helicopter attack on their boat off the Yemen coast last Friday had collected “evidence” which had been shared with the Saudi-led coalition as well as the Houthi side.

Previous Is Israel an ‘apartheid’ state? This U.N. report says yes
Next Netanyahu: Israel Clarified To Russia It Will Continue Syria Strikes

US vacillation over Houthis as terrorists in responce to aid outcry