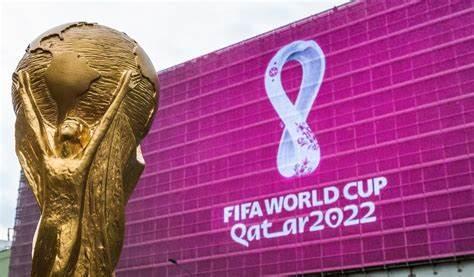 Qatar World Cup: An unintended boon for the UAE

Qatar's 2022 World Cup promises to benefit not only itself but also to provide an unintended economic, political, and religious soft power boon for its foremost rival in the region, the United Arab Emirates.

The UAE, alongside Saudi Arabia, leads a pack of Gulf states eager to capitalize on the expectation that Qatar will not have the hotel capacity to accommodate an anticipated one million visitors in November and December during the tournament.

However, the UAE stands to benefit the most not just economically but also politically and in terms of its religious soft power, even if Saudi Arabia is doing what it can to play catch up.

Various Gulf states have eased visa regulations and immigration procedures in the expectation that they will be housing fans who will shuttle to Qatar aboard some 90 extra matchday flights to attend games.

Almost half of those flights will originate in the UAE. Fans are likely to gravitate towards the UAE, the most liberal of the Gulf states, rather than Saudi Arabia, where alcohol and extramarital and gay sex not only remain banned, but laws are perceived to be harshly enforced.

In anticipation, Dubai, already home to a large number of hotels, announced the launch of its first football-themed 533-room hotel built on an artificial, palm-shaped island. For its part, Saudi Arabia is offering fans a multiple entry visa and planning a festival in a bid to be competitive. The Saudi Tourism Authority says it expects to welcome 30,000 World Cup visitors.

Known as a party city, Dubai will likely benefit most from Qatar's shortage of hotel beds and the uncertainty, less than three months before the World Cup kicks off, about the ease with which fans will be able to consume alcohol and how the Gulf Qatar will deal with unmarried or gay couples.

With premarital and gay banned in Qatar, Qatari officials have insisted that LGBT fans would be welcome during the World Cup but would be expected to respect norms that frown on public expressions of affection irrespective of sexual orientation.

The unspoken implication was that Qatar would look the other way if couples, irrespective of marital status or sexual orientation, kept their affection private.

It's an implication that was never fully spelled out in ways that leave no ambiguity, partly to avoid provoking a conservative backlash. As a result, Qatar’s ‘live and let live” approach raises as many questions as it provides answers.

To a significant extent, these issues, in contrast to Saudi Arabia and other Gulf states, do not arise in the UAE, which has substantially eased access to alcohol n recent years and lifted a ban on unmarried heterosexual couples living together.

The Emirati social reforms are likely to make visitors more confident that the UAE may not enforce its ban on gay sex.

However, the UAE, like Saudi Arabia, recently banned Lightyear, a Disney and Pixar animated production, because of a same-sex kiss scene, and Disney's Doctor Strange in the Universe of Madness, in which one character refers to her "two mums."

The ban appeared to contradict the government’s announcement in late 2021 that it would end the censorship of films. The country’s Media Regulatory Office said it would introduce a 21+ age viewer classification policy instead. However, that wasn't evident when the office tweeted an image of Lightyear, crossed out with a red line.

For his part, Saudi Crown Prince Mohammed bin Salman has introduced considerable social change in the kingdom by lifting the ban on women's driving, enhancing women's rights and opportunities, and creating a Western-style entertainment sector. Still, the changes fall far short of the reforms in the UAE.

As part of his development of the entertainment sector, Mr. Bin Salman has also sought to use the kingdom’s financial muscle to barnstorm Saudi Arabia into replacing Qatar and the UAE as the Gulf's sports hubs.

However, going to extremes to strike a balance amid a push to encourage tourism, authorities in the kingdom launched “rainbow raids” in June on shops selling children’s toys and accessories.

They targeted clothing and toys, including hair clips, pop-its, t-shirts, bows, skirts, hats, and colouring pencils "that contradict the Islamic faith and public morals and promote homosexual colours that target the younger generation," according to a commerce ministry official.

As part of his development of the entertainment sector, Mr. Bin Salman has also sought to use the kingdom’s financial muscle to barnstorm Saudi Arabia in replacing Qatar and, to a lesser degree, the UAE as the Gulf's sports hub.

The Emirates’ liberalization was designed to enhance the country’s quest to attract foreign talent and project itself as a beacon of religious moderation, even if the changes involve social rather than religious change.

The distinction is not academic, with the UAE competing with other Muslim-majority states such as Saudi Arabia, Qatar, Turkey, Iran, and Indonesia, for acknowledgment as a benchmark of a moderate form of Islam that would allow it to shape the faith and the political order in the Middle East in the 21st century.

In contrast to Indonesia, where religious reform is driven by Nahadlatul Ulama, the world's largest independent Muslim grassroots organization in the world's largest Muslim-majority country and democracy, change in the Middle East is pushed by ruling elites eager to perpetuate their grip on power.

Even so, Qatar’s shortcomings have created for the UAE and, to a lesser extent, other Gulf states like Saudi Arabia that are not co-hosting the World Cup an opportunity to share the tournament’s limelight and put their best foot forward while camouflaging their warts and ensuring that it is Qatar that primarily catches the flak.

Dr. James M. Dorsey is an award-winning journalist and scholar, an Adjunct Senior Fellow at Nanyang Technological University’s S. Rajaratnam School of International Studies, and the author of the syndicated column and blog, The Turbulent World of Middle East Soccer.