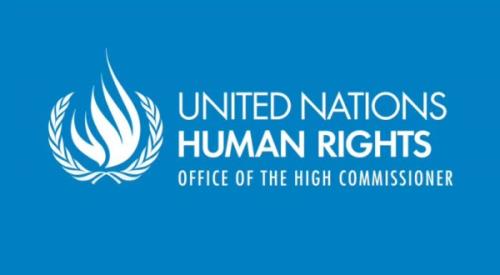 The United Arab Emirates today strongly refuted the allegation of ‘racial discrimination’ made by Qatar to the Committee on the Elimination of Racial Discrimination in Geneva. “Qatar’s complaints have no legal basis”, a statement by the UAE declared.

The statement was delivered in response to Doha’s accusation that the UAE broke the International Convention on the Elimination of All Forms of Racial Discrimination (CERD). “Doha’s complaint before the Committee is part of a malicious Qatari campaign based on falsehoods and aimed at distracting attention from the dire consequences of Qatar’s state-sponsored terrorism,” the statement added.

Abdullah Hamdan Al Naqbi, Director of the International Law Department at the Ministry of Foreign Affairs and International Co-operation, and UAE representative before the Committee on the Elimination of Racial Discrimination, said that the complaint should not have been lodged with the Committee in the first place as it had no connection to any form of racial discrimination. He said it was yet another Qatari attempt to politicize the Committee.

“The UAE measures regarding the Qatari citizens are compliant with the international law and can’t be classified under any forms of racial segregation combatted by the Committee whose mandate is to fight all forms of distinction, exclusion, restriction or preference based on race, colour, descent, or national or ethnic origin. Accordingly, the UAE can never be accused of violating the agreement in any way.”

The statement drew the Committee’s attention to the fact that Qatar is simultaneously filing a similar complaint with the International Court of Justice, urging the Committee to consider Qatar’s two complaints as an abuse of the complaint system.

The statement further outlined the measures taken by the UAE to facilitate the entry of Qatari nationals to the UAE in spite of Qatar’s destructive policies and promotion of extremism in the region: “When it severed its relations with Qatar in 2017, the UAE took a series of measures in compliance with international law and in response to Doha’s refusal to honor its international obligations. These measures were not meant to target the people of Qatar”.

The statement added that requiring prior permission to enter a country is a standard global practice. “It cannot be labelled as racial discrimination. Neither does it violate the International Convention on the Elimination of All Forms of Racial Discrimination.”

“By overstepping the Committee’s mandate and unilaterally lodging a simultaneous complaint with the International Court of Justice, Qatar simply proves that it has no effective response to the compelling arguments of the UAE,” the statement indicated.

“Qatar’s malicious campaigns are meant to inflict damage on the Boycotting Quartet. Instead, Doha should have reconsidered its support for terrorism and extremism,” the UAE representative concluded, expressing the UAE’s belief that “Qatar’s tendency to lodge complaints further undermines its reputation and will backfire.”