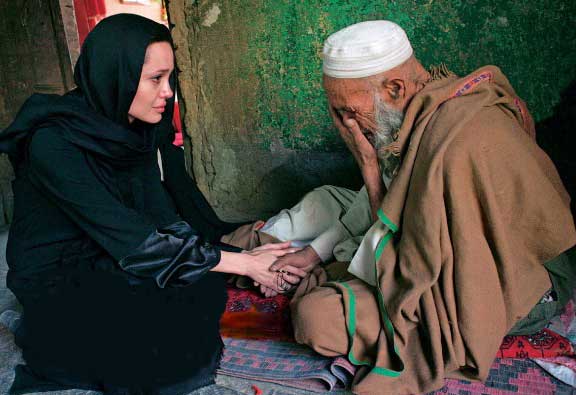 Women wearing hijabs (Muslim headscarves) are being discriminated against by businesses in Egypt, a BBC Arabic investigation has discovered.

The evidence appears to violate Egypt's constitution, which bans discrimination based on religion, sex, race or social class.

Since 2015, some Egyptian women wearing a hijab have taken to social media to complain about such treatment.

Mayar Omar, a 25-year-old research executive from Cairo, says she has faced repeated problems going to some high-end restaurants.

"You want to feel that you can be yourself when you enter a venue and no-one is forcing you to do something, or make you feel that you are the cause of a problem for the venue or your friends."

On hijabi lifestyle social media groups, BBC News Arabic found what appears to be a growing trend, with women accusing numerous venues of refusing them entry if they are wearing a hijab.

"In most cases the main cause is classism," Nada Nashat, a lawyer and women's rights activist, said. "So we find discrimination against hijabi women in venues that like to present themselves as upper-middle or upper class.

"But we also find discrimination against non-hijabi women in lower and middle classes."

BBC News Arabic tried to make a reservation at 15 upmarket venues across Cairo that had been accused online of discriminating against hijab-wearing women.

Most of the venues asked for the social media profiles of all guests and 11 venues stated that head coverings were not allowed.

We sent an undercover married couple, with the woman wearing a hijab, to some of the venues that told us that hijab-wearing women were not allowed entry.

At L'Aubergine in the upmarket neighbourhood of Zamalek, the doorman immediately told the couple that the headscarf was forbidden as they had a bar inside, and that this might offend women wearing a hijab.

The manager too was adamant, saying: "The headscarf is forbidden."

When presented with our recorded evidence, L'Aubergine told us it was "inaccurate" and that refusing women who wear the hijab is not a house rule, adding: "We denounce it." The venue also told us: "We have reiterated our house policies to staff to avoid any confusion in the future."

At Kazan, in the same neighbourhood, the couple was once again told by the doormen: "The problem is the headscarf." When asked why, they simply stated: "This is the house rules."

At the final venue, Andiamo in Heliopolis, the couple was initially refused entry. After appealing, they were told they could enter but would have to sit in a corner as the manager said: "It's a ministry of tourism instruction, and if they find any hijabi woman beside the bar, they'll fine us."

Neither Kazan nor Andiamo responded to requests for comment.

BBC News Arabic presented the evidence to Adel El Masry, chairman of the Chamber of Tourism Establishments and Restaurants.

"Never in any era of the ministry of tourism has a decision been issued banning veiled women [from leisure venues]," he said. "This is not acceptable. Discrimination is unacceptable, these are public places."

BBC News Arabic also gathered evidence suggesting that hijab-wearing women were being restricted from buying holiday apartments by a major developer, La Vista. The company has projects in Cairo as well as several high-end coastal developments.

In the past it has sold properties to women with hijabs, but our investigation found many social media posts accusing La Vista of changing its policy and now placing restrictions on them.

An executive at a multinational company told BBC News Arabic how he had contacted several property brokers to buy a property at La Vista, but that they told him: "Sorry, La Vista are a bit difficult regarding the hijab."

BBC News Arabic contacted six property brokers, posing as a buyer whose wife wears a hijab and who wanted to buy a unit at a La Vista coastal project. They told us it would not be possible to purchase a unit.

One told our undercover reporter: "Can I speak to you frankly? Definitely look for an alternative."

Another went even further, stating: "To be frank with you, regarding the North Coast and Sokhna projects, they are discriminatory."

One broker explained how the process worked. "They will not say that we won't sell you a unit, but they will say that this project you have selected is closed now and when it's open, we will call you, and they won't."

When our undercover reporter phoned La Vista stating that his wife wore a hijab, he was told he would be put on a waiting list and there were no properties available.

Several weeks later he visited the La Vista office but this time didn't say that his wife wore a hijab. He was told there were property units available immediately and when he asked what kind of people lived there, the agent told him: "The idea is that all the people we have look like each other."

She stated that one La Vista development "has no veiled women at all".

La Vista has not yet responded to requests for comment.

Amira Saber, an Egyptian MP who has campaigned for women's rights, said the Egyptian constitution was clear that discrimination of this kind was not allowed.

"I will certainly use one of my parliamentary tools to ask the officials in the government how we can ensure that this does not happen again, and if it does happen, the perpetrator must be punished," she said.