President Mirziyoyev to pay an official visit to Japan

On December 18, President of the Republic of Uzbekistan Shavkat Mirziyoyev received the Deputy Prime Minister and Minister of Finance of Japan, Taro Aso, at Akasaka residence, in Tokyo. 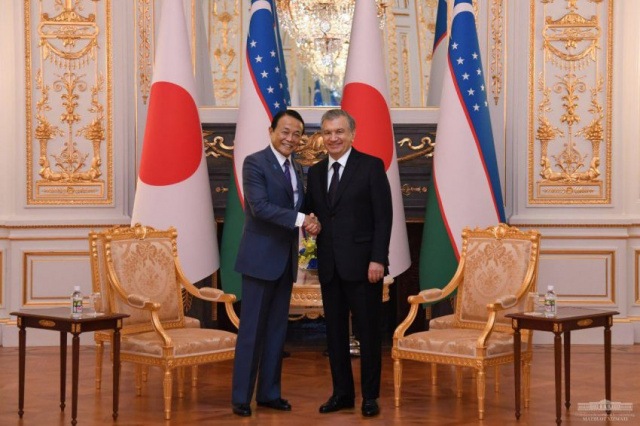 The fruitful results of the business forum with participation of an unprecedented number of companies and banks of the two countries on the eve of the visit at the highest level were highly appreciated.

Prospects for increasing investment, technological, financial, technical cooperation, as well as promoting joint projects in the energy, agricultural and other sectors were discussed at the meeting.

The importance of bilateral agreements in the field of taxation and customs signed during the visit was noted, which will create favorable conditions for development of long-term business contacts.

Views were exchanged on the current issues of reforming economic sectors and the financial system.

President of the Republic of Uzbekistan Shavkat Mirziyoyev met with representatives of the Japanese Parliamentary League of Friendship with Uzbekistan.

The meeting was attended by a number of members of the League led by its Chairman, Deputy Prime Minister and Minister of Finance of Japan, Taro Aso.

It should be noted that inter-parliamentary relations form a solid basis for Uzbekistan – Japan multifaceted cooperation. 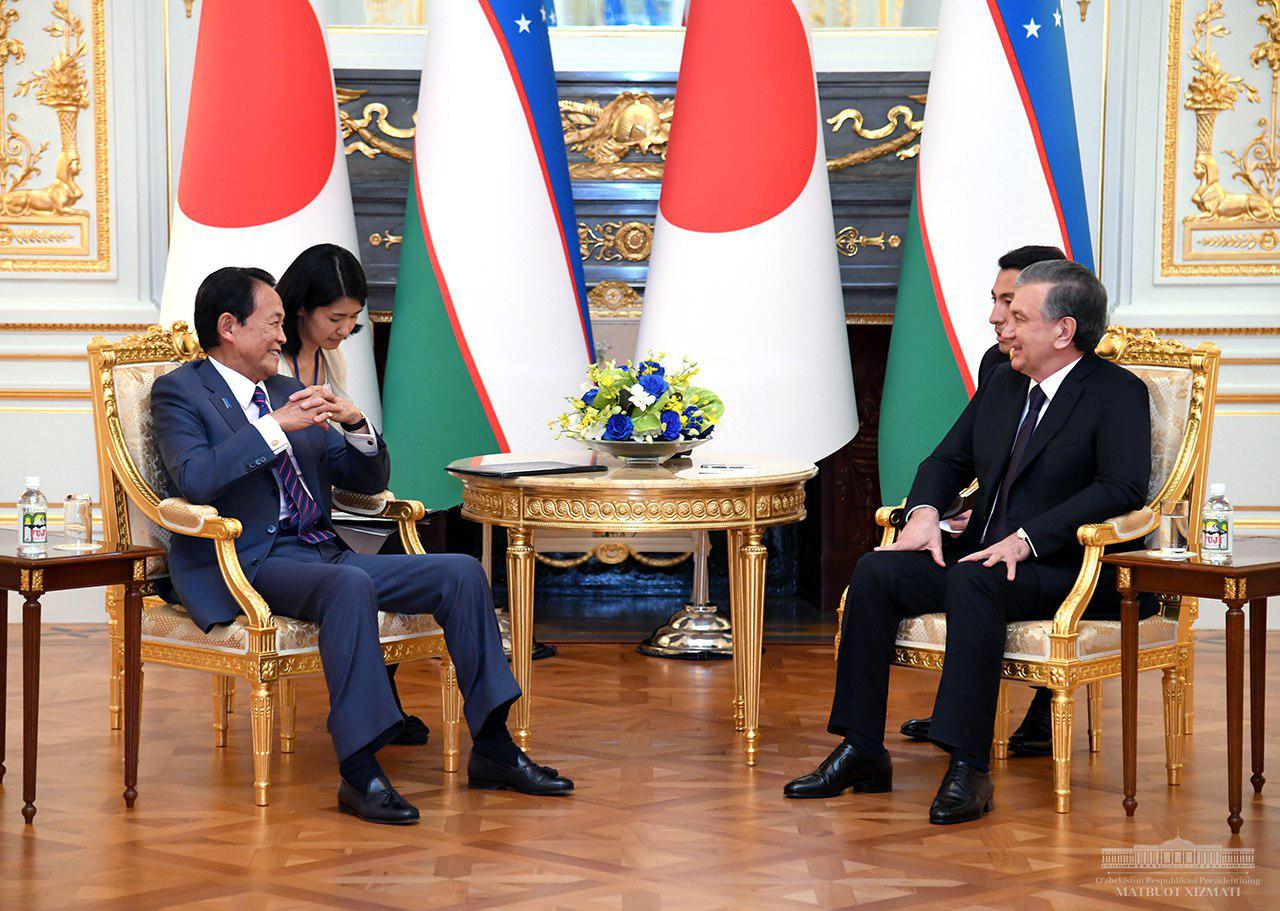 Relations between the parliamentarians of the two countries were established in 1993. The Parliamentary League of Friendship with Uzbekistan was formed in Japan.

It consists of prominent political figures, authoritative deputies and diplomats, and most importantly – real and reliable friends of Uzbekistan.

Two joint meetings of the Inter-Parliamentary Forum were held.