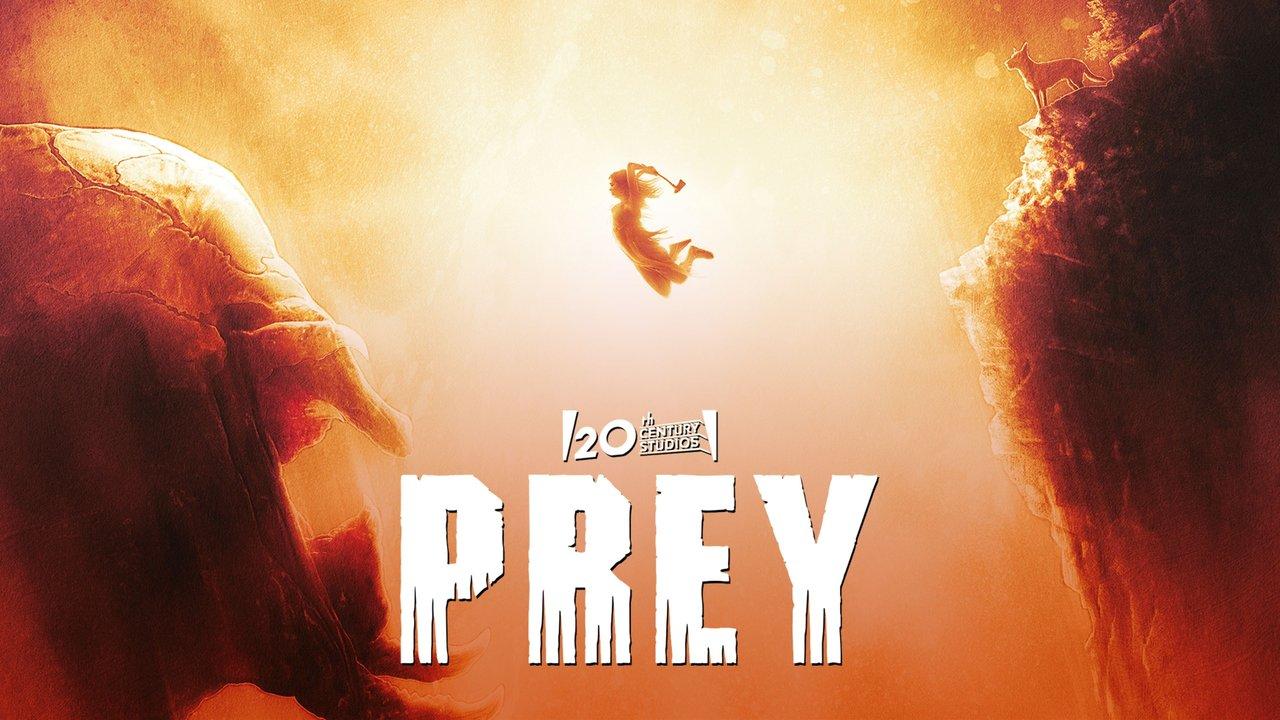 Prequel with a Purpose: You won’t have a ‘Prey’ in heaven against this little warrior! - PART I

This should be a straightforward review of the predator prequel Prey (2022) but, typically for me, I’m going to approach it back to front!

I’d recently participated in a ‘big’ sci-fi event, Chicon 8 (the 80th World Science Fiction Convention), albeit virtually and I insisted on attending a session about “Indigenous Futurisms” chaired by two native American authors, Darcie Little Badger and Rebecca Roanhorse. (One of the speakers was half Irish American and half Apache, with a Navaho husband, and the other was half African American. The actress star in Prey, Amber Midthunder, is part Thai from what I hear!). I wanted to know what they were going to say, naturally, but I also wanted to pitch a question about – you guessed it – Prey. (It was at the 19 minute mark in the conversation).

The two speakers were quite happy about the question and the dog in the movie for being such a good actor, and since he doesn’t get killed thank heavens, unlike most of the people. They also understood how the predator was working its way up the food chain to find the biggest animal it can take on till it takes on humans, something I didn’t catch onto myself. Additionally they were tremendously happy the hero was a girl and wins through her smarts, not brute force. They were also that it was an SF movie about the past, doing something other than portraying the Natives being killed off by white colonisers. (Tragedy porn, as it was called in the session). They then added amazing details I didn’t know, such as Princess Leia’s infamous hairstyle being Native American and how she says ‘hallo’ in Navaho in Java the Hut’s palace and that the name Ewoks is based on a tribe from northern California, although there are no actual Natives sadly in Star Wars. The culture without the people.

As for me I’d watched the movie beforehand but decided to hold off on writing about it till I attended the conference first, and got a chance to make some queries with the ‘experts’, so to speak. It paid off. They instinctively understood it better than I ever could. And added all these cool extra sci-fi details as well.

So, to get back to the movie, at long last…

Silent is so, so smart

Prey is set in 1719 in the Great Plains, prior to the white colonization of North America. Although there are whitemen pocking about, hunters and poachers, laying traps and leaving carcasses wherever they go. Enter the protagonist, Naru (Amber Midthunder), a Comanche girl that is not content with being a gatherer in a hunter-gatherer society. The movie portrays the sheer boredom of such a life for a girl quite effectively. She always gets kicked awake early in the morning, most likely by a fellow woman – you never see the person in total, the classical faceless authority – to go do her chores. These include getting water and fire wood and skinning animals and collecting herbs, particularly for medicinal purposes. When she journeys out into the forest by herself, trusty dog by her side, you can understand her sense elation and excitement; she even dresses different, with trousers instead of a dress.

Naru’s dream is to go on qatamiya (I think it’s spelt that way), to prove herself worthy as a hunter. I presume that’s the Native American equivalent of Walkabout for aboriginals in Australia. It’s her rites of passage and it almost drives her to destruction. In an early scene you see her brother, the hansom, sympathetic and wise Taabe (Dakota Beavers), telling her about how he went on his trial and it was raining terribly so his bow got wet and the line slipped from it. Wouldn’t you know it, she makes the same mistake when up against a bear. She also made the mistake of spying on the bear with the wind blowing from behind her, towards the lumbering beast. The scene where the grizzly is sniffing the air is classic and creepy as hell. If it wasn’t for the predator she wouldn’t live to tell the tale. She also messes up when hunting the mountain lion that’s terrorizing the tribe. She has the right idea, drawing the beast to them with bait while in the relative safety of the tree, but she doesn’t have the killer instinct – yet. She also hesitates when she could have shot the predator and saved her brother’s life. Later you see her crying and washing the blood from her hands. It’s like she’s washing the blame, in Pontius Pilate fashion. (She confused her desire to be a hunter and her desire to protect her brother against this new inexplicable beast, forgetting that she should hunt only for the tribe and not to bolster her ego). It’s those emotive moments that are the best in the movie, but they’re few and far in between.

There is dialogue that ‘tells’ you a lot of these points, but sparingly, and sometimes not at all. That’s why it took me watching the movie a second time, and listening in on that Chicon 8 session to fully grasp what was going on. The movie functions best when least is said. One of the sequences I loved the most in Dances with Wolves (1990) is the battle scene between the Sioux and the Pawnee, in part because of the absence of talking whether narrative voice or the characters. It creates such a sense of intrigue and forces you to follow the events as they unfold, with a delicious mixture of excitement and dread. That’s essentially what happens here. You really get into the hunter’s frame of mind when you’re with the Comanche on one of their scouting parties and wish you were there with them. You also come to understand why they wear all that war paint. It helps them blend in with the surroundings so both predator and prey can’t see them. Same quiet points goes for the predator, on its own little qatamiya, and the annoying French trappers, without a subtitle to bear. Again it forces you to try and make sense of what is going on, apparently disconnecting images that actually make up a solid and cohesive narrative.

Everybody is trying to be the ultimate predator (the main French trapper has a bear’s head on his coat) but in the process they’re missing the point. The earth is bountiful but it can only give so much and there is no excuse for wanton cruelty let alone wastefulness. Hence the harrowing scene – I presume borrowed from Dances with Wolves, spliced with the slaughtered Green Berets from the original Predator – where Naru stumbles onto the skinned and murdered buffalo. She says a prayer for them and, wouldn’t you know it, the predator stumbles on the same scene and finds the flower she had left on the carcass and also finds the spent shell casing there she found. The creature was quite literally retracing her steps. He enjoys hunting what’s hunting him, seeing such an entity as a worthy opponent.

The creature, as nasty as it is, is concerned with proving itself and that’s why it doesn’t pick on Naru when she’s in a trap left by the Frenchmen. Its ultimate downfall was to belittle her as a primitive, twice over. She’s pre-gunpowder and metal, and a human being. I’d add a girl but I’m not sure the creature can catch onto that with its heat-signature vision, which brings us to a whole bunch of other issue with this movie, good and bad.

Everybody admits the movie is really entertaining and nicely shot and gory and, just as important, a worthy contribution to the long ailing Predator franchise. The problem is the plausibility of the story and the ‘messaging’ going on. Is it really plausible that a Native American tribe would allow, let alone encourage, a girl to go out by herself to become a hunter? Is it really plausible for Naru to be able to single-handedly take on the whole of the French trapper camp and kill them with nothing more than a knife and a tomahawk axe? Is it plausible for her to be able to take on the technologically superior and stronger and faster and stealthier creature all by herself and defeat it? Is it plausible for her to outrun her fellow tribesman when the creature is chasing them both? And is it plausible for her not be scarred by the whole experience, in contrast to the hardened warrior that Dutch (Arnold Schwarzenegger) was at the end of the first movie?

Everybody online from the Critical Drinker to Just Some Guy to Mr H Reviews to Half in the Bag have been posing these questions and with much justification. My set of answers is… well, yes and no! Concerning her not freaking out and celebrating at the end after killing it, I’d say yes because she’s a pre-modern person who sees the world as full of beasts and monsters and so she can probably handle the metaphysical and psychological side of it better. Concerning taking down the remaining French trappers I’d say yes since they are in disarray with only one rifle and she fights them like she fights her own hunters when they are sent out to bring her back, kicking and screaming and slipping and sliding. She’s small and can move fast and is trained in wrestling moves that is her people’s way of fighting. I’m a bit confused as to how she beat the predator and at more than one juncture but the ultimate way she killed him, using his own weapons against him, seems to make sense – more on this below. Not to mention she shot him in the back of the head first to soften things up. Naru outsmarts the creature, not outfights it, and makes reference to her dog being smart and so easy to teach early on to hint at all this. She uses her female skills, using a particular narcotic flower to reduce her body temperature, after seeing how the creature can’t pick up the heat-signature of the wounded Frenchman she helps, the soon to be slaughtered Raphael (Bennett Taylor), him and his bad teeth. She figures out how the targeting mechanism works and uses it to her advantage and the array of supercool weaponry.

By Emad Aysha - 3 weeks ago
The Levant News Exclusive – By Emad El-Din Aysha, PhD Dear Mrs Zoha Kazemi, Please let me express my gratitude for this opportunity. It’s not every day that you speak to Iran’s most widely published sci-fi novelist, and one who has been published in English no less. (Best of luck for your two novels Rain […]
Read story

Prequel with a Purpose: You won’t have a ‘Prey’ in heaven against this little warrior! - PART II

By Emad Aysha - 4 weeks ago
By Emad El-Din Aysha, PhD The other stuff is a bit more flimsy but they are forgivable sins given how competent the movie is and how sincere it is. Jesse Ventura from the original movie has gone out of his way to praise it, so that’s good enough for me. As said above the cinematography […]
Read story

Prequel with a Purpose: You won’t have a ‘Prey’ in heaven against this little warrior! - PART I

By Emad Aysha - 4 weeks ago
This should be a straightforward review of the predator prequel Prey (2022) but, typically for me, I’m going to approach it back to front! By Emad El-Din Aysha, PhD I’d recently participated in a ‘big’ sci-fi event, Chicon 8 (the 80th World Science Fiction Convention), albeit virtually and I insisted on attending a session about […]
Read story