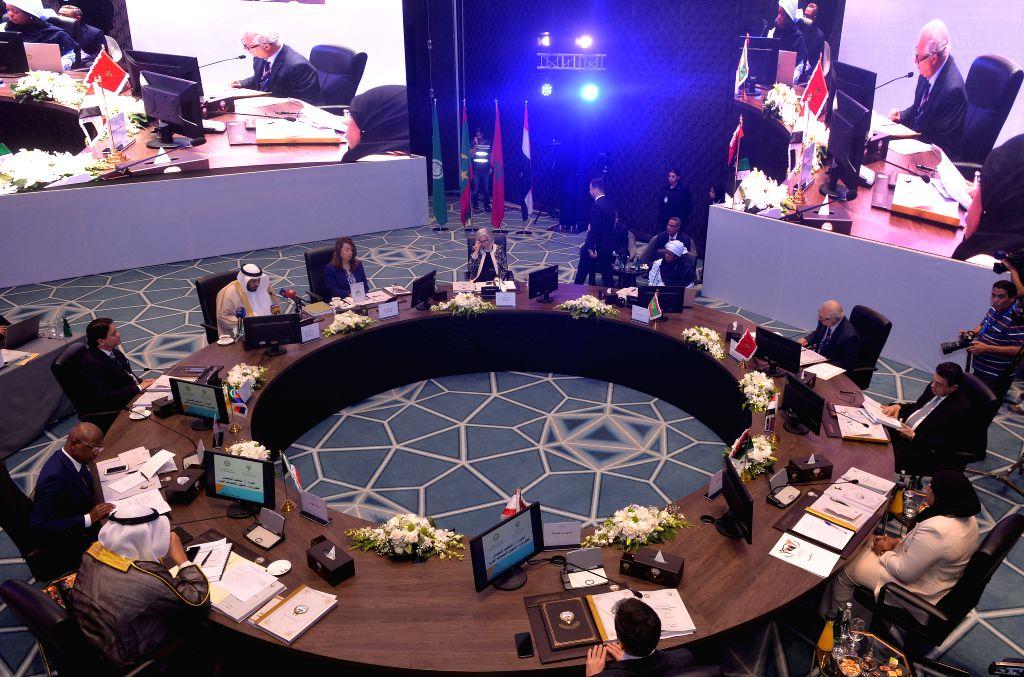 President Michel Aoun met Friday with a delegation from the Council of Arab Ministers for Social Affairs.

"We hope to come up with recommendations that we can work on for the benefit of the Lebanese people," Head of the Council Minister Ayman Al-Mufleh said.

Aoun stressed Lebanon's need for the assistance of the Arab countries to overcome the difficult economic, social and humanitarian conditions it is going through.

He told the delegation that Lebanon has been through crisis and disasters and needs to strengthens its social security, the Presidency said.

"The Council's visit is an attempt to improve the situation (in Lebanon) through an action plan with a specific time frame," Social Affairs Caretaker Minister Hector Hajjar said.

"We urge the Arab countries to intensify their efforts to support Lebanon at this difficult stage and to help it recover," Miqati said.