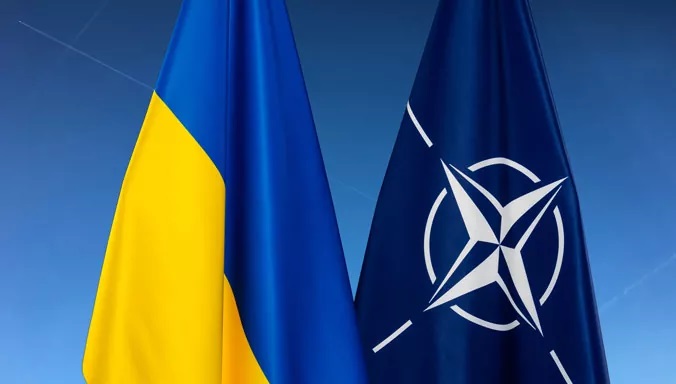 Preemptive strike on Russia in the offing as fears surround NATO

A group of former senior US officials thinks Putin will attack NATO next, but that scenario is highly unlikely.

President Vladimir Putin’s invasion of Ukraine at the end of February 2022 was a self-proclaimed act of preventative war. Better to go to war now, before NATO’s Ukrainian bridgehead on Russia’s borders becomes an imminent existential threat, said Putin at the time.

The longer war was delayed, he argued, the greater would be the danger and the more costly a future conflict between Russia, Ukraine, and the West.

The starting point for all preventative war thinking is an imagined future, a future in which an existential threat must be confronted. This is then paired with a claim that such a future danger can be averted — or at least minimised — by taking decisive preventive action in the present.

Such reasoning has characterized preventative war thinking throughout the ages. “It’s now or never,” exclaimed Kaiser Wilhelm II in July 1914 when he urged Austria-Hungary to attack Serbia before it became too powerful, thus setting in motion an escalatory sequence that resulted in a cataclysmic war involving all Europe’s great powers.

“The world will hold its breath,” Hitler predicted when he launched his crusade to liquidate the perceived strategic-ideological threat of the “judeobolshevik” Soviet regime. Egyptian President Gamel Abdel Nasser was a new Hitler, claimed the British and French when they seized control of the Suez Canal in 1956, while President Eisenhower’s “domino theory” had the communists’ advance in Vietnam threatening all of South East Asia.

And according to President George W. Bush and UK Prime Minister Tony Blair, Iraq’s Saddam Hussein had to be stopped before he acquired deliverable weapons of mass destruction and became too strong to be defeated.

All these occurrences led to degrees of disaster for their initiators. But not all preventative wars end in failure. Putin’s “special military operation” in Ukraine may well succeed: Russia’s conquest of the Donbass and its occupation of vast swathes of southern and eastern Ukraine seems all but inevitable. However, the costs to Russia in the present seem to have been exponentially greater than those Putin may have anticipated when launching his invasion.

While this war may end with a ceasefire or even a peace agreement, the new world order emerging in its wake will not resemble the sunlit uplands of stable multipolarity as imagined by some of Putin’s Western supporters. Much more likely is something akin to Soviet ambassador Ivan Maisky’s apocalyptic vision after the October 1938 Munich carve-up of Czechoslovakia: “International relations are entering an era of the most violent upsurge of savagery and brute force alongside an armoured-fist policy.”

Above all, the heightened risk of nuclear war between the great powers will linger for years if not decades because of Putin’s war on Ukraine. It is a danger that threatens Russia no less than the United States and the rest of the world.

A group of former high-ranking U.S. officials recently issued a statement calling for the United States to escalate its proxy war with Russia by supplying greater quantities of advanced weaponry such as long-range missiles and air defence systems to Ukraine. Such armaments could be supplied without fear of retaliation, the signatories sought to reassure their readers, since Putin is bluffing about nuclear escalation. Nuclear deterrence still works, they said, and it is a strategic mistake to assume otherwise.

“US must arm Ukraine now, before it’s too late” ran the headline in The Hill, which published the call. “Putin’s aggressive designs do not end in Ukraine,” say the signatories. “If Russia wins in Ukraine, our Baltic NATO allies are at risk, as are other allies residing in the neighborhood.”

Once again it is an imagined future threat as the motive for a proposed preventive escalation, not the present-day interests, needs, or plight of Ukraine. Yet, if anything, Ukraine requires support to defend its position while seeking a ceasefire and a negotiated peace. The terms of any peace with Putin will be repugnant. But this is surely preferable to the actual devastation and massive material, territorial, and human losses resulting from fighting that continued to the proverbial last Ukrainian in order to avert an imagined existential threat to U.S. allies.

In 1914 the Kaiser thought Serbia and Russia wanted to destroy the Austro-Hungarian empire. In 1941 Hitler believed Stalin was striving for a world revolution that would destroy the German nation and empower an international Jewish conspiracy. In reality, the goals of both sets of Germany’s adversaries were limited and defensive, and the same is true of Putin today.

Putin’s aims in relation to Ukraine are increasingly radical but there is no actual evidence — as opposed to unfounded speculation — that he has far-reaching revisionist ambitions. He is extremely hostile to NATO and to some member states in particular, but he has not threatened them nor made any preparation for attack. There are tensions arising from NATO’s continued expansion to Russia’s borders but no disputes with neighboring states of the depth and intensity of those that characterised Russo-Ukrainian relations following the anti-Russia “Maidan Revolution” of 2014.

Putin surely wants to overturn the so-called rules-based international order favored by the West — as does China — but his stated alternative is a global politics based on multipolarity not, as is often claimed, spheres of influence and the hegemony of an alliance of authoritarian states.

Regarding Russia’s conventional capabilities, the war has shown that while these are considerable in the limited context of fighting Ukraine, Putin is in no position to threaten the United States or its NATO allies even if he wanted to.

It is highly unlikely that Putin will be tempted to launch another adventurist military operation, though that calculus might change if the Ukraine conflict becomes a long war of attrition with escalating intervention by Western states, or if NATO attempts to build yet another heavily armed bridgehead on Russia’s borders, for example in Finland.

The former officials end their call for U.S.-backed armed escalation with a classic re-statement of their preventative war posturing. Since confrontation with the Kremlin is inevitable, they argue, the United States must hasten to supply Ukraine with the weapons it needs, not only to defend itself but to win the war: “The smart and prudent move is stop Putin’s aggressive designs in Ukraine, and to do so now.”

The signatories rail against the Biden administration’s determination to limit U.S. aid to Ukraine to avoid America’s proxy war with Russia escalating into a direct military engagement. We can only hope that restraint continues, and President Biden resists calls for escalation that could trigger the nuclear catastrophe of a third world war.

Better still, would be if the United States shifted its strategy to one of pressurising Russia into a negotiated peace so as to salvage as much as possible of Ukraine’s remaining territory, resources, and infrastructure while saving the lives of the tens of thousands of people who will undoubtedly die should this real — rather than future-imagined — war continue.