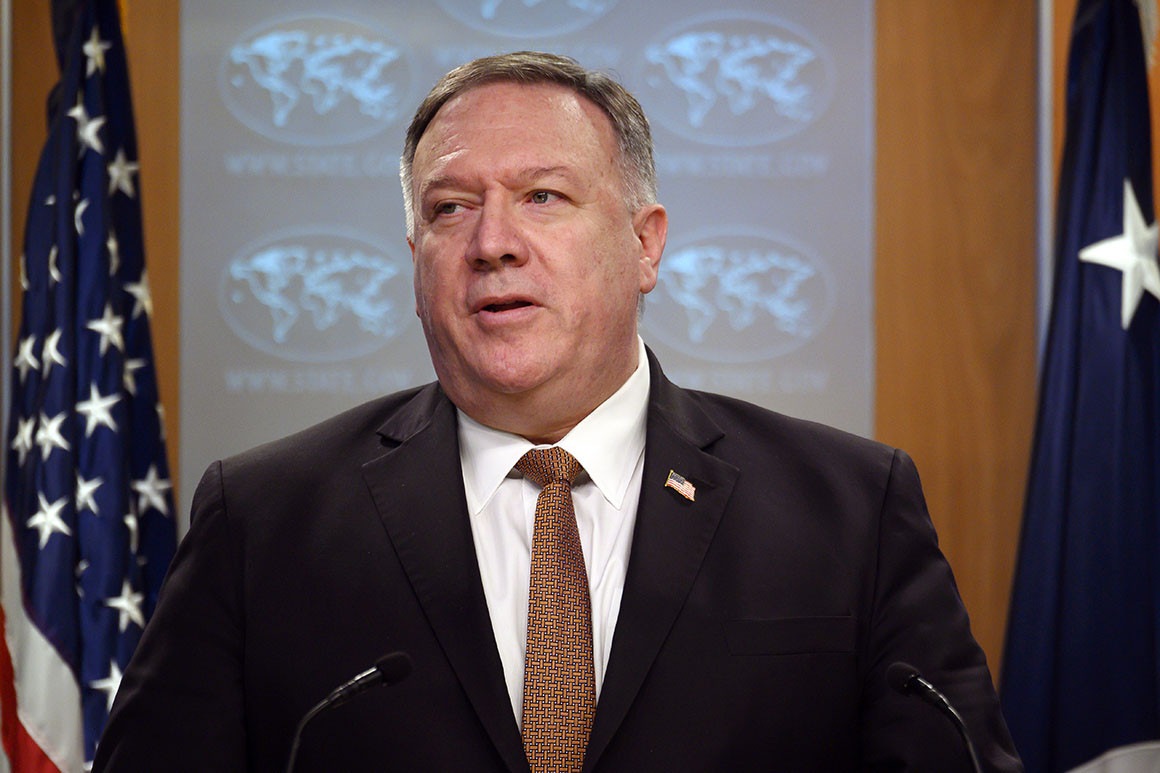 US Secretary of State Mike Pompeo pushed the UN Security Council on Tuesday to indefinitely extend an arms embargo on Iran before it expires in October. Speaking at the virtual briefing, Pompeo warned that its expiration would risk the stability of the region.

“Iran will hold a sword of Damocles over the economic stability of the Middle East, endangering nations like Russia and China that rely on stable energy prices,” Pompeo told the virtual session, referencing two opponents of prolonging the embargo.

“Don't just take it from the United States, listen to countries in the region. From Israel to the Gulf, countries in the Middle East – who are most exposed to Iran's predations – are speaking with one voice: Extend the arms embargo,” Pompeo said. “This council has a responsibility to listen to them.”

He also argued that the country was not a “responsible democracy like Australia or India,” and must be held accountable. Jonathan Allen, the UK representative, echoed calls for the embargo to be extended, citing the Iranian origin of missiles used on attacks on Saudi Aramco facilities in 2019, which he called “unacceptable.”

Earlier this month, the US circulated a draft resolution on the measure to the 15-member council, but council veto-powers Russia and China have already signalled their opposition to the move.

The Security Council was meeting on Tuesday to discuss the latest report by UN Secretary-General Antonio Guterres on implementation of the arms embargo and other restrictions still in place under the nuclear deal.