“Political travails of Time travel” (“Kaalap payana Arasiyal”) by Gouthama Siddarthan was published for the first time in 2018 with the English version translated from the Tamil by Maharathi. 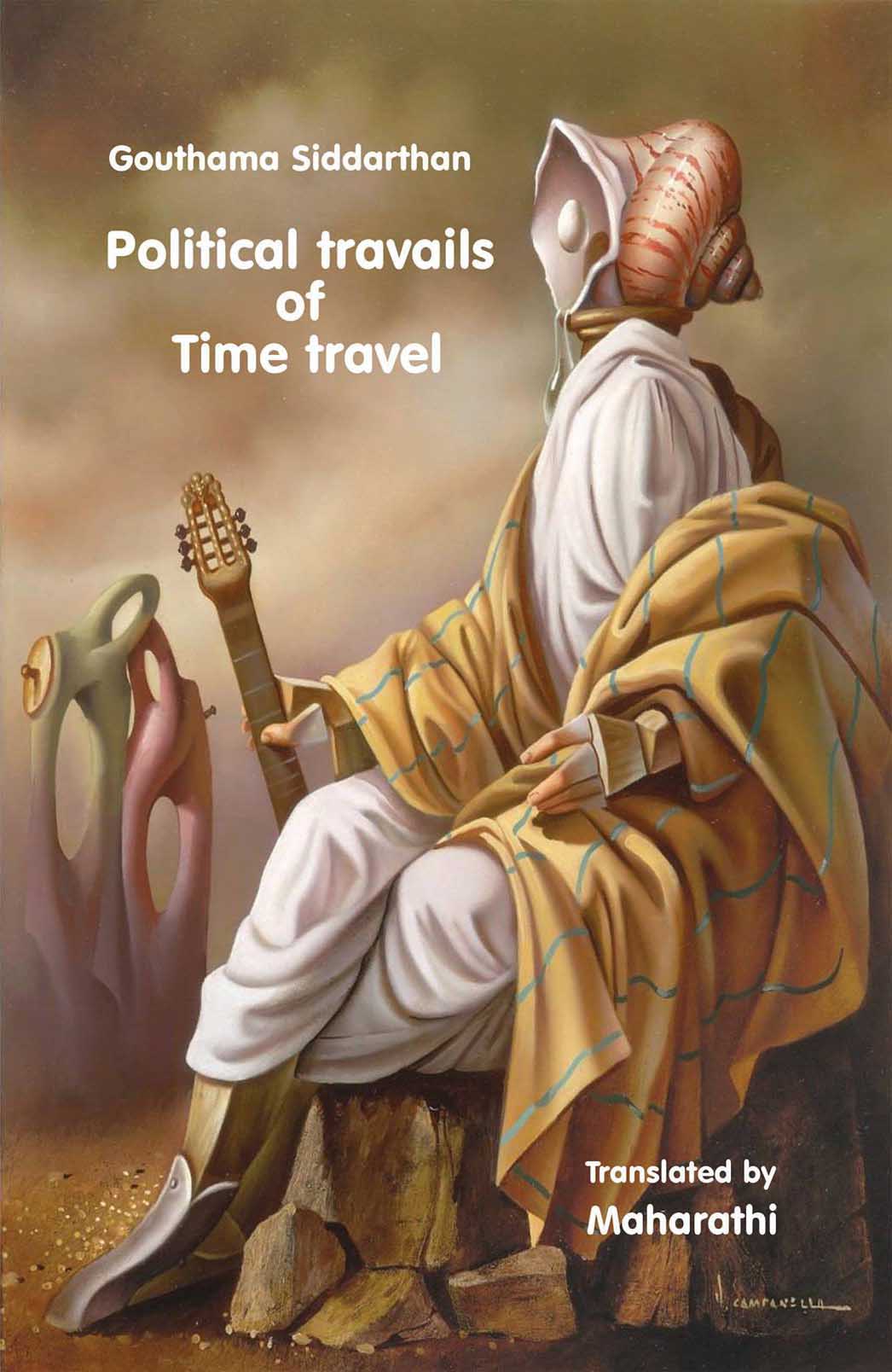 Partly an essay on time travel, partly a commentary on two short stories on the subject by two masters of science fiction such as Ray Bradbury and Alfred Bester with the addition of some touch of fantasy, “Political travails of Time travel” is a unique work for the intertwining of its various parts. Gouthama Siddarthan starts from Stephen Hawking and an Indian folklore story about a tree of time to make some reflection between the serious and the facetious about the nature of time.

Gouthama Siddarthan takes two science fiction short stories as foundations for his reflections about time: “A Sound of Thunder” by Ray Bradbury and “The Men Who Murdered Mohammed” by Alfred Bester. This choice is due to the fact that they represent two extremes in the way they see time and also their narration tone is practically opposite between Bradbury’s dramatic story and what is considered more comical than science fiction by Bester.

“A Sound of Thunder” is a short story that anticipated the concept of butterfly effect in which literally a false step is enough to alter history in unpredictable ways. On the contrary, the protagonist of “The Men Who Murdered Mohammed” tries to alter history traveling in time with no success and ends up discovering that time has a very different nature from what he thought.

We don’t know if time travel is actually possible and there are only hypotheses on the subject but Gouthama Siddarthan wasn’t interested in writing a ponderous scientific article but a fun work while being at the same time stimulating about the nature of reality behind time travel. The result is rather short but very dense with ideas and reflections and the author is good at making it smooth and catchy.

The result is difficult to describe because the various components are closely intertwined and Gouthama Siddarthan continually leaps from Indian folklore to science fiction, from science to literary criticism and manages to create an intriguing work starting from at least apparently heterogeneous subjects. It’s for this mix that’s funny and stimulating at the same time that I recommend reading “Political travails of Time travel”.

(I, Massimo Luciani, Born in 1970 in Italy, I’ve been working in the computer science / information technology field in various ways since 1991. I went through the Internet revolution beginning to develop my own presence on the web. In those same years I started using free software, in particular the Linux operating system. In time I expanded my interest into the Internet of Things.

In 2010, the turning point with blogging, which came almost by accident after keeping away from what I felt like a fashion. I opened my first blog, which was developed over time in unexpected ways. It represents the opportunity to express heterogeneous passions that cover broad topics such as science and technology but especially science fiction. Topics such as astronomy and astrophysics and space missions became so important that I opened a second blog devoted to them.)