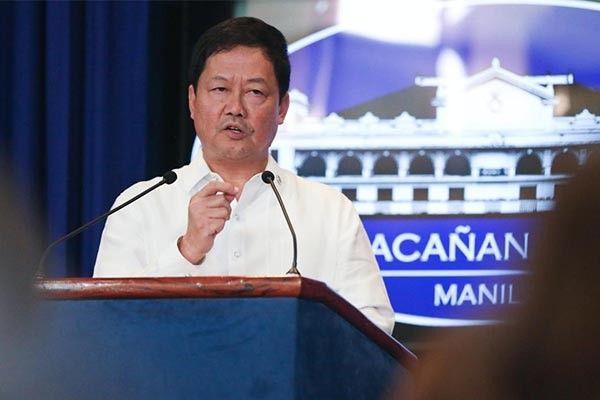 Philippine authorities said Friday they were seeking to prosecute a former US diplomat accused of sexually abusing a minor while he was stationed in Manila.

His prosecution in the Philippines requires his arrest and extradition from the US.

Justice Undersecretary Emmeline Aglipay-Villar said on Friday that the Philippine government was working on getting him extradited.

Cheves was a member of the US Foreign Service at the Manila embassy between last September and this February.

The US Department of Justice last week disclosed that he had also been charged in the US with “engaging in illicit sexual conduct in a foreign place and possession of child pornography.”

It remains unclear if the charges he faces in the US are related to the case registered in the Philippines.

According to US Department of Justice documents, released on Aug. 3, Cheves allegedly assaulted a Philippine minor on two occasions, knowing the minor's age, and “produced cell phone videos of himself engaging in the sex acts each time.”

“The videos were found on Cheves’s devices seized from his embassy residence while in the Philippines. Between February 2021 and March 2021, he also allegedly possessed child pornography.”

The document said he was charged with “one count of engaging in illicit sexual conduct in a foreign place and one count of possessing child pornography in the special maritime and territorial jurisdiction of the US or on lands owned or leased by the US.”

If convicted, he faces a maximum penalty of up to 40 years in prison in the US.

Guevarra said that, in the Philippines, Cheves may be held criminally liable under the country's Anti-Child Abuse Act, Anti-Child Pornography Act, Anti-Human Trafficking Law, and the Revised Penal Code.

“Mr. Cheves may be extradited to the Philippines once he is charged under any or all of the aforementioned laws, subject to the provisions of our extradition treaty with the US,” Guevarra told Arab News earlier this week, adding that his office was coordinating with the Department of Foreign Affairs on the issue of the suspect's diplomatic immunity under the Vienna Convention. “Assuming that these issues have been clarified, we shall proceed to coordinate with the US Department of Justice under the umbrella of the Mutual Legal Assistance Treaty.”