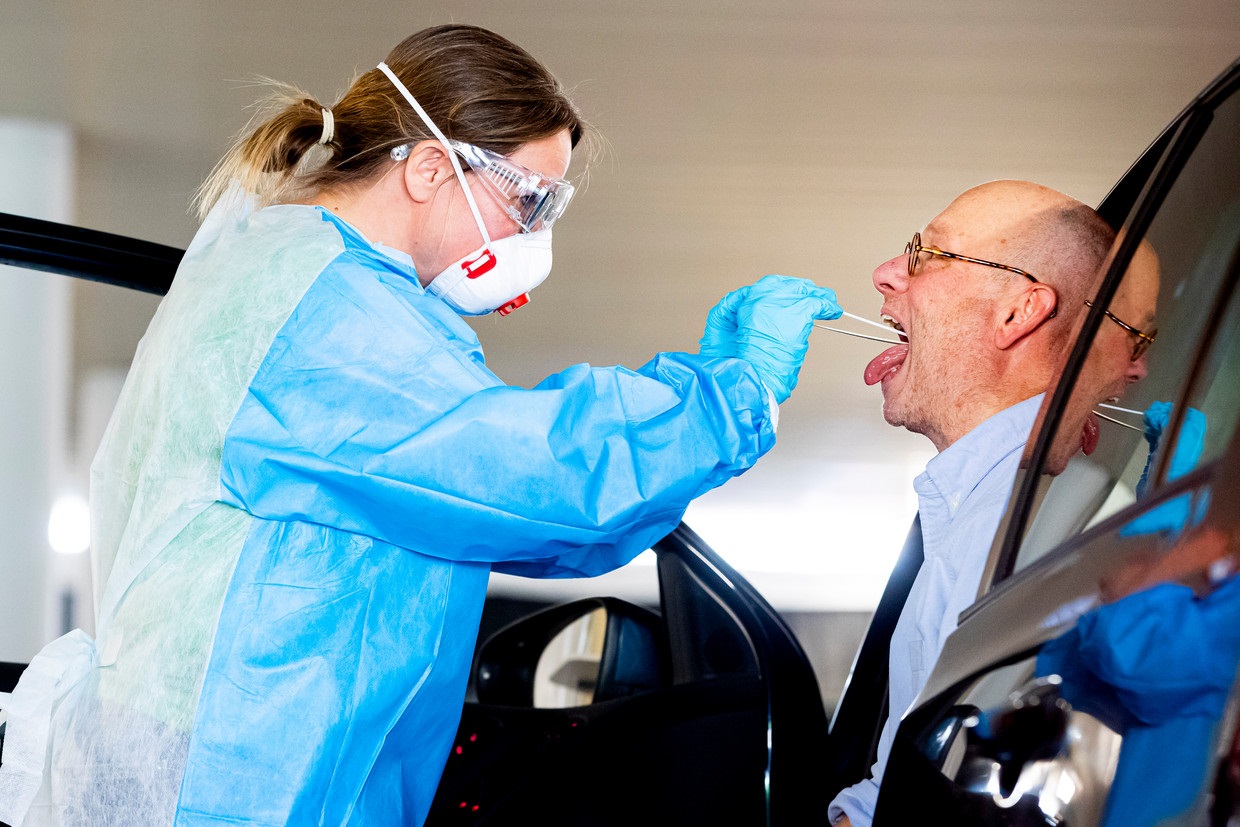 In a statement released mid-December the World Health Organization (WHO) finally admitted what 10’s of thousands of doctors and medical professionals around the globe have been saying for months: the PCR test used to diagnose COVID-19 is unsuitable and creates way too many false positives. If the PCR test is indeed fraudulent on the basis of what the Coronacrisis was labelled a pandemic and a global state of emergency declared?

By Arthur Blok
A very important statement by the WHO but yet almost unfindable in the global mainstream media. Did they ‘accidentally’ forgot to report it? Or was it deliberately forgotten? It is obvious that the suddenly admitted problem by the WHO with the RT-PCR test comes in the wake of international lawsuits exposing the incompetence and malfeasance of public health officials and policymakers for reliance on a diagnostic test not fit for purpose.

This WHO admission states that the core of the “problem” is an arbitrary cycling process in the PCR test, which “means that many cycles are required to detect a virus. In some circumstances, the distinction between background noise and actual presence of the target virus is difficult to ascertain.”

What does this mean in simple terms? In practice it tests if a person has a concentration of a coronavirus, not particularly Covid-19, in its RNA. Creating 40 to 60 percent false positives. In other words: on the basis of a fraudulent test a global ‘state of emergency’ has been declared early 2020.

Medical professionals who dared to speak out against the test and questioned the pandemic were largely ignored and even attacked by fake scientists who are executing another agenda: that of big pharma. The illusion of a vaccine was pitched as the solution to all our problems. Just as in 2009/ 2010 with the Mexican flu.

New normal
To stop the illusion: the global state of emergency will likely never end: vaccine or not It is irrelevant. The world has entered a new modus operandi in which anyone who dares to question the so-called "new normal" of constantly sanitizing hands, wearing mouth masks, temperature taking, and social distancing is being seen by the mass as a direct threat to society.

Social media platforms as Twitter, Facebook, YouTube and Instagram are contributing to this illusion allowing only one version of reality: that of Big Pharma: "Be afraid of what is happening, and everyone please line-up to get vaccinated."

In addition, the local and international mainstream media made sure that everyone who dares to question this publicly is set aside as a conspiracy thinker, a fool and - even worse - an irresponsible and selfish danger to others. While a large chunk of the media never really did their homework, nor did they approach the matter in a critical journalistic way.

If the Covid-19 crisis has made one thing evident in the past 12 months, it is the fact that the media should restrain itself and act responsible. It keeps on feeding the coronavirus hysteria with daily infection and death statistic updates of which most are carelessly presented and misinterpreted. Draconian measures were taken around the globe based on emotions and false estimations of non-validated data. A conclusion the Levant News already drew in April 2020.

All these developments are a very dangerous precedent for the future. Where are we heading to? Do we let mediocre WHO scientists on the payroll of big pharmaceutical companies wrongly advise and inform our politicians? Or do we choose the path of science as we did in the past decennia, in which conclusions and decisions are made on the bases of validated and peer reviewed data?

No pandemic
Analyzing the global figures of the past 12 months there seems to be no pandemic to speak of. Regardless of the overblown case reporting, caused by fraudulent test methods like the PCR, there is no significant spike in the overall number of deaths compared to a normal flu season. Not even in the US or the United Kingdom.

The WHO already admitted locking down healthy people is a mistake creating far more problems than what it is meant to solve. It recently put the mortality rate of Covid-19 below 0,35 percent. Also important news that barely made it to prime time mainstream media.

It is evident by now that Covid-19 manifests as a mild flu in the majority of people who get sick from it. It is presenting no symptoms at all in most people, it hardly impacts children, and according to a growing number of physicians it can be successfully treated with inexpensive and readily available medications such as vitamins D, C, zinc or anti-parasitic drugs like ivermectin and niclosamide.

PCR-Gate
Having said all that, there are still plenty of scientists who have had enough with the WHO-led charade. The PCR test was introduced as the "best testing method" after the publication of the paper, “Detection of 2019 novel coronavirus (2019-nCoV) by real-time RT-PCR,” in Eurosurveillance. A medical journal, largely funded by the EU, on infectious disease surveillance, epidemiology, prevention and control.

It was received on January 21 and accepted on January 22, an unprecedented quick turnaround under normal circumstances. The article was published without peer review which is also unheard of in the scientific world. It has been cited well almost 1000 times.

The main authors Christian Drosten, and Victor Corman found 21 European pseudo-scientists looking for their minute of fame to co-sign the article. Most of whom are on the pay-list of Big Pharma and linked to various European national Health institutes advising governments which measures to take, like Drosten advises the German government.

Drosten currently heads the Charite Institute of Virology in Berlin. The late biochemist Kary Mullis who invented the PCR, warned that his test was unsuitable to trace viruses in someones body. Ironically this renowned scientist died of pneumonia on August 7, 2019 at age 74. A few months before the start of the global crisis.

As soon as cases of the illness were being reported out of Wuhan late December of 2019, Drosten and Corman moved very quickly. They submitted the paper on January 21, and it was published in Eurosurveillance within 48 hours. As if it was already written and laying on a shelve. Just a few days later the proposed PCR was immediately accepted as the standard of testing internationally, by the WHO, which began sending test kits to affected regions.

Dr. Pieter Borger
The so-called PCR-Gate came to a climax in November when the Corman-Drosten foundation paper was challenged by 22 international scientists who wrote a letter demanding the paper’s retraction, along with an extensive critique citing 10 errors in the paper it deemed “fatal.”

Titled “External peer review of the RTPCR test to detect SARS-Cov-2 Reveals 10 Major Flaws At The Molecular and Methodological Level: Consequences For False-Positive Results," the paper’s lead author is the Dutch scientist Dr. Pieter Borger, an internationally renowned expert on the molecular biology of gene expression.

Several other esteemed names from all over the world are associated with the paper including Dr. Michael Yeadon, former VP of Pfizer and outspoken critic of much of the so-called science beneath the WHO’s global lockdown, masking, and school shut-down measures.

Up until today the authors of the retraction paper are awaiting a reaction from Eurosurveillance. They have not had a fair coverage of their discovery in the mainstream media. Or any media for that matter. With the statement Mid-December the WHO now seems to be cleaning up their own house anticipating of what might happen in the future.

Journalists who are working for state- and privately owned mainstream media have some serious explaining to do. Why miss all this important news? Why not properly investigate a non-peer reviewed paper on the basis of which a global state of emergency has been declared? A paper that was clearly already written before the virus was first diagnosed in Europe.

How much longer we will be kept in this illusion?