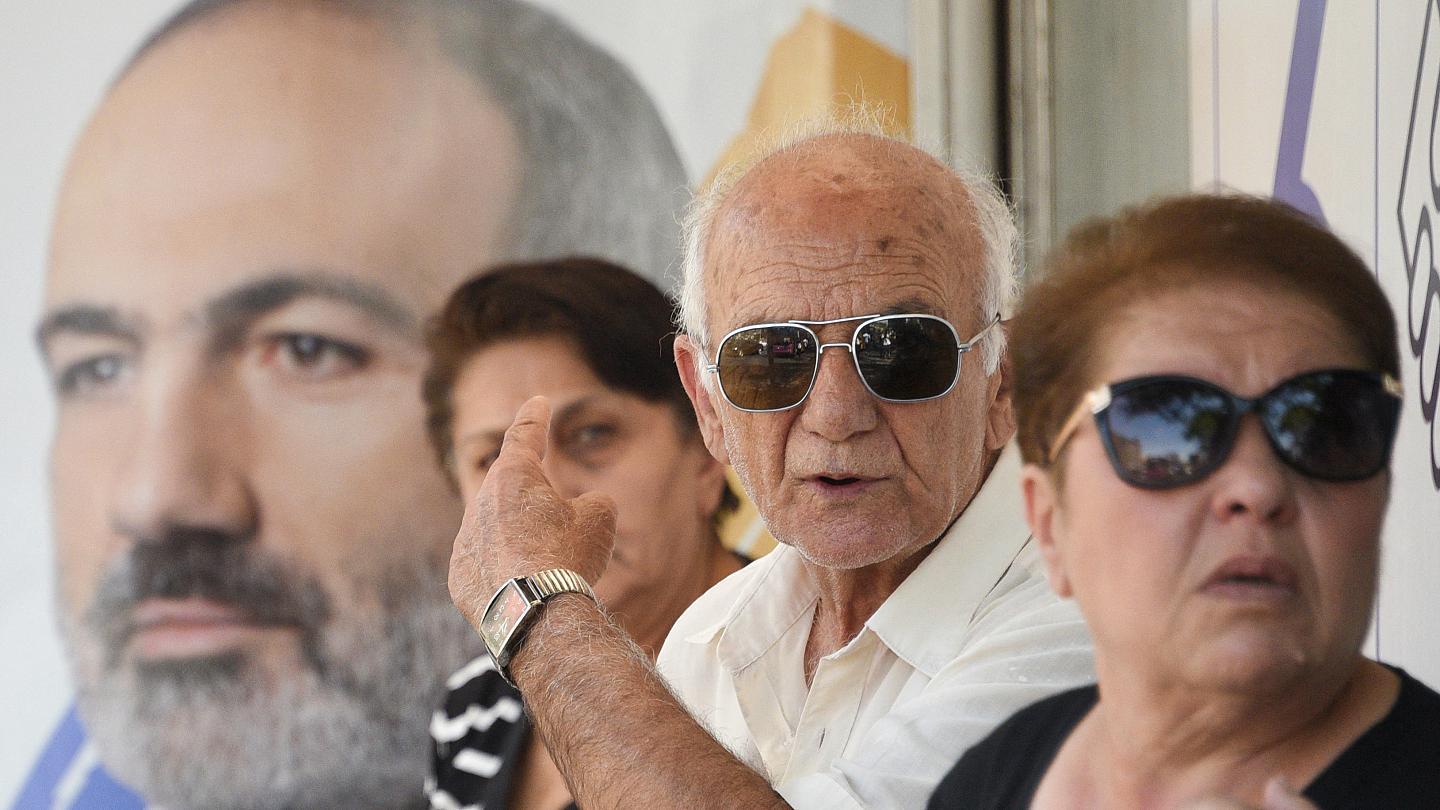 Pashinyan’s victory in the shadow of Armenia’s war defeat

Nikol Pashinyan, the acting prime minister of Armenia, has claimed victory in a snap parliamentary election. The Armenian leader managed to stay in power despite the country’s catastrophic defeat in the 44-day war against Azerbaijan over Nagorno-Karabakh in the fall of 2020.

By Nikola Mikovic
Why did the Armenians vote for the politician who is seen by many as a “traitor” given that he signed the de facto capitulation on November 10, 2020?

According to the Central Election Commission, Pashinyan’s Civil Contract party won 55.61 percent of the vote, while the electoral alliance of his top rival, former President Robert Kocharyan, had 20 percent of the vote. Voter turnout was relatively low - about 50 percent.

“Victory in the parliamentary election will restore social and national consolidation. The people of Armenia have carried out a second revolution in three years. This time it was a ‘steel’ revolution instead of a ‘velvet’ one. All agreements will be fulfilled,” Pashinyan said in a video address on Facebook.

It is worth noting that Pashinyan’s party received the majority of votes even in the Syunik province in the south of the country although, according to the peace deal Pashinyan signed with Azerbaijan’s President Ilham Aliyev, Yerevan will lose its sovereignty over the border area with Iran in the very south of Armenia.

Under the agreement, which was brokered by Russia, Azerbaijan regained control of territory it had lost during a war in the early 1990s, and Yerevan will have to allow Baku to cross to its enclave Nakhchivan through Armenian territory.

The only part of Nagorno-Karabakh that is still not under Baku’s jurisdiction is Stepanakert, the region’s largest city, and its surrounding area. That territory is now under Russian control, given that the peace deal resulted in the deployment of almost 2,000 Russian peacekeepers to Nagorno-Karabakh.

With Pashinyan as the clear winner of the snap election, and Armenia as the defeated side of the Nagorno-Karabakh war, Yerevan will gradually start normalizing relations with its archenemy Azerbaijan, and also with Baku’s ally Turkey. Not so long ago Turkish President Recep Tayyip Erdogan and the Azeri leader Aliyev have signed a protocol of alliance in a bid to further strengthen their ties.

“In the event of a third state’s threat to the independence or territorial integrity of any of the parties, the parties will provide the necessary assistance to each other”, the protocol suggests.

Even during the war, Turkey openly supported Azerbaijan and provided Baku with sophisticated weapons, including Bayraktar drones which proved to be a game changer in the conflict. Recalling Turkey’s calls for a regional initiative with the participation of six countries, including Turkey, Azerbaijan, Georgia, Russia, Iran and Armenia, Erdogan called on Yerevan to “positively respond to these calls for peace and stability.”

In other words, Armenia will have to stop postponing the construction of the Nakhchivan corridor, also known as Zangezur corridor – a railway and a road that will pass through the southern Armenia and connect mainland Azerbaijan with Nakhchivan, and further with Turkey.

Indeed, the election could have major implications for Armenia's relationship not just with Azerbaijan, but also with its nominal ally – Russia. There are fears that Pashinyan's pro-Russian pre-election rhetoric was a facade for a silent Armenian majority to be quickly changed into a pro-western geopolitical vector. Still, Armenia is expected to remain heavily dependent on Russia, at least for the foreseeable future.

Moscow, on the other hand, will struggle to remain a cornerstone of the peace process in Nagorno Karabakh, although a new Armenian government could eventually attempt to find a new security guarantor, given that Russia proved to be an unreliable ally during the conflict, and even afterwards.

One of the main problems for the Armenians is that, at this point, they do not have an alternative to the alliance with Russia, just like they did not have a serious alternative to Pashinyan. Former President Kocharyan is seen as a symbol of corruption, while Pashiynan represents a national humiliation.

Formally speaking, Armenia is not a divided country, given that Pashinyan won the majority of votes. In reality, however, a low turnout reflects a certain doze of frustration and ambivalence within the Armenian society. It will take decades before the nation recovers from the tragic consequences of its defeat in Nagorno-Karabakh.

By Nikola Mikovic - 3 weeks ago
While the West continues arming Ukraine, Russia reportedly hopes to purchase weapons from countries such as Iran and North Korea. Although the Kremlin had at least eight years to prepare for war, in 2022, it became apparent that the Russian military lacked combat drones and long-range missiles. By Nikola MikovicHowever, a lack of infantry remains […]
Read story

By Nikola Mikovic - 2 months ago
Armenia and Azerbaijan – two archenemies that fought a full-fledged war in 2020 – seek to normalize relations. Even though prominent global and regional actors such as the United States, the European Union, and Russia encourage the two South Caucasus nations to bury the hatchet, a series of obstacles remain on the road to a […]
Read story