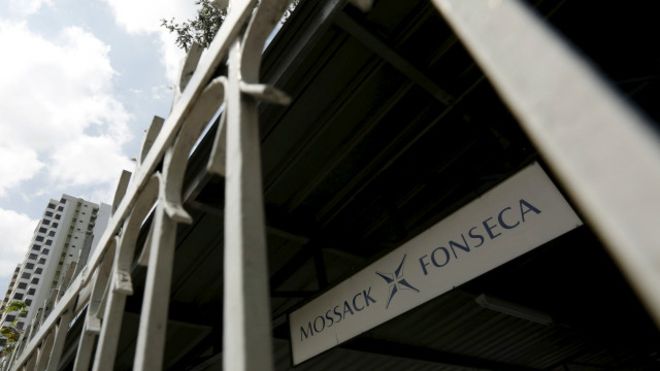 The Levant News -- Authorities across the world are being spurred into action after a huge leak of confidential documents revealed how tax havens are used to hide wealth.
Eleven million documents were leaked from the secretive Panamanian law firm Mossack Fonseca.
They show how the company has helped some clients launder money, dodge sanctions and avoid tax.
The company says it has operated beyond reproach for 40 years and has never been charged with criminal wrong-doing.
Since the first revelations late on Sunday a number of investigations have been launched by Austrian, Dutch and Australian authorities, among others.
The documents feature 12 current or former heads of state, and at least 60 people linked to current or former world leaders.
The files reveal a suspected billion-dollar money laundering ring involving close associates of Russia's President Vladimir Putin.
Iceland's Prime Minister, Sigmundur David Gunnlaugsson, is also shown to have had an undeclared interest linked to his wife's wealth.
By Monday morning, 16,000 people in Iceland had signed a petition demanding his resignation, and a large protest was expected in Reykjavik later.
Mr Gunnlaugsson has ruled out stepping down.
The leaked documents also show that Ian Cameron, the late father of UK Prime Minister David Cameron, was a Mossack Fonseca client.
Also mentioned are the brother-in-law of China's President Xi Jinping; Ukraine's President Petro Poroshenko; and Argentina's President Mauricio Macri.

In the latest reaction:
Hussain Nawaz Sharif, the son of Pakistan's Prime Minister, Nawaz Sharif, and one of three siblings shown to own real estate through offshore entities, says "there is nothing wrong with it"
The UK tax authority HM Revenue and Customs (HMRC) says it has received "a great deal of information on offshore companies" as it investigates - it is also asking the ICIJ to share all its data
Austria's financial markets regulator says it is investigating whether two banks breached rules on money laundering after being named in the leaks
France's finance ministry says it is seeking the original documents in the leak for its own investigation
Australia's tax office says it is investigating 800 individuals named in the leaks
A spokesman for Azerbaijan's president Ilham Aliyev, whose children are named as owners of offshore companies, says such practice "is not banned by any law", adding that they "are grown up Azerbaijani citizens"
China appears to be censoring social media posts on the document leak, which has named several members of the country's elite
World media reaction: How Moscow and Beijing reported Panama
The documents reveal for the first time details of an operation run by a Russian bank and which involves close associates of President Putin.
The operation was run by Bank Rossiya, which is subject to US and EU sanctions following Russia's annexation of Crimea.
Jump media playerMedia player helpOut of media player. Press enter to return or tab to continue.

Money has been channelled through offshore companies, two of which were officially owned by one of the Russian president's closest friends, cellist Sergei Roldugin.
The Kremlin spokesman said it was clear the main target of the reports was Mr Putin, as well as Russia's political stability ahead of parliamentary elections.
Dmitry Peskov dismissed the investigation as insinuation and speculation, and suggested many of the team of journalists behind it were actually former US state department and CIA officials.
Another case highlights how Mossack Fonseca offered financial services designed to help business clients hide their wealth. One wealthy client was offered fake ownership records to hide money from the authorities.

Mossack Fonseca says offshore companies are available worldwide and are used for a variety of legitimate purposes.
"If we detect suspicious activity or misconduct, we are quick to report it to the authorities," it said. "Similarly, when authorities approach us with evidence of possible misconduct, we always co-operate fully with them."
Panama Papers - tax havens of the rich and powerful exposed

Eleven million documents held by the Panama-based law firm Mossack Fonseca have been passed to German newspaper Sueddeutsche Zeitung, which then shared them with the International Consortium of Investigative Journalists. BBC Panorama and UK newspaper the Guardian are among 107 media organisations in 78 countries which have been analysing the documents. The BBC does not know the identity of the source
They show how the company has helped clients launder money, dodge sanctions and evade tax
Mossack Fonseca says it has operated beyond reproach for 40 years and never been accused or charged with criminal wrong-doing.