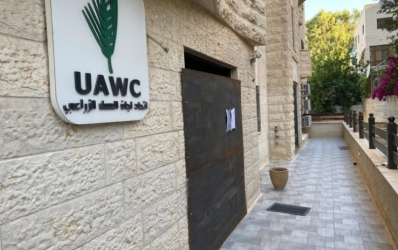 The Palestinian Authority has summoned the Dutch representative to object to the Netherlands’ decision to halt funding to a Palestinian civil society group that Israel controversially outlawed as a terrorist organization.

In a statement, the PA decried the “unjust and biased” decision to cut off funding to the Union of Agricultural Work Committees, one of six groups that Israel outlawed in October in what critics said was as an assault on Palestinian civil society.

The Palestinian Authority, which administers parts of the occupied West Bank and coordinates security with Israel, said UAWC provides vital aid to Palestinian farmers struggling to remain on their land in the face of Israeli settlement expansion.

The Dutch government based its decision on an independent audit of the UAWC that found no evidence the organization was involved in terrorism. It said the audit did however find a “worrisome” number of UAWC board members were linked to the Popular Front for the Liberation of Palestine, a left-wing militant group. Two former UAWC employees were arrested in connection with a bombing that killed an Israeli teenager in the West Bank in 2019.

The UAWC rejected the findings, saying it does not concern itself with the private political activities of its board members or employees. The PFLP has a political party as well as charities and an armed wing. Israel and Western countries consider the PFLP a terrorist organization because of attacks going back decades that have killed civilians.

Israel says the six groups are fronts for the PFLP but has provided little evidence to substantiate the allegations. The terror designation paves the way for the Israeli military to shut down the groups and arrest their members, but it has yet to do so.

The rights groups deny the Israeli allegations, which they say are aimed at stifling civil society and pressuring Western donors to cut off funding.

The six civil society groups are based in the occupied West Bank, which Israel captured in the 1967 war. The Palestinians want the West Bank to form the main part of their future state. The peace process ground to a halt more than a decade ago.

Previous China in Mideast trip alongside Vienna nuclear deal talks
Next Qatar, Saudi dispute at WTO put on hold by both parties