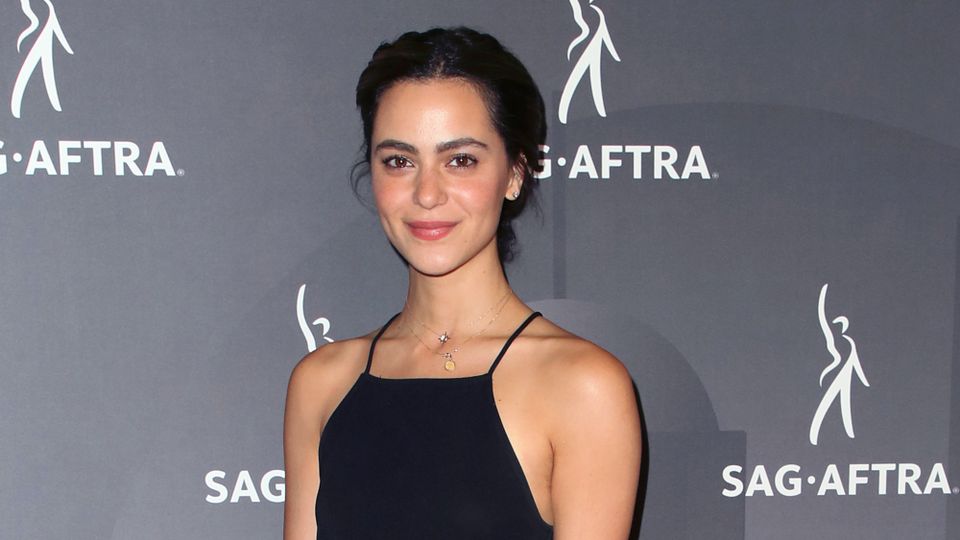 Palestinian actress May Calamawy to be as first Arab Marvel superhero

Egyptian-Palestinian actress May Calamawy this week attended the screening of Marvel’s upcoming miniseries “Moon Knight” at the British Museum in London.

Calamawy, who is best known for her role in the Golden Globe-winning sitcom “Ramy,” is one of the show’s leads, Layla El-Faouly.

The rising star, who was born in Bahrain, posed for pictures wearing a red suit, with her hair tied back in a messy updo, alongside US actors Oscar Isaac and Ethan Hawke.

Helmed by Egyptian filmmaker Mohamed Diab, the show is the first Marvel project to have an Arab director.

In a previous interview with Arab News, Diab said that Calamawy’s character was not written as an Egyptian in the beginning.

“During development, I called her and I asked her if she was free for a Marvel project. Well… to be honest, my wife actually contacted her on Instagram,” Diab said with a laugh. “She didn’t believe it at first — she even asked her agent if it was true.”

“When the time came, she auditioned with Oscar, and that audition was fantastic. They loved her. She was a tremendous addition. She’s intellectual, eager, down to earth, and proud of her heritage,” he said. “She stood up for her character in the room, and, as an Egyptian, she knew more about her character than anyone else.”

She has also taken part in National Geographic’s “The Long Road Home,” CBS’ “FBI” and “Madame Secretary,” and NBC’s “The Brave.”

In a twist from the comic books, in which Moon Knight’s alter ego is the Jewish-American mercenary Marc Spector, Isaac plays gift shop worker Steven Grant, s sleep-deprived Londoner who suffers from dissociative identity disorder and is haunted by memories of Spector.

“Moon Knight” — which debuts internationally on Disney+ on March 30 and will premiere in the region this summer — is a show full of outsiders who, in partnership Marvel Studios head Kevin Feige and many others, lent their creative voices to make this a Marvel project like no other.