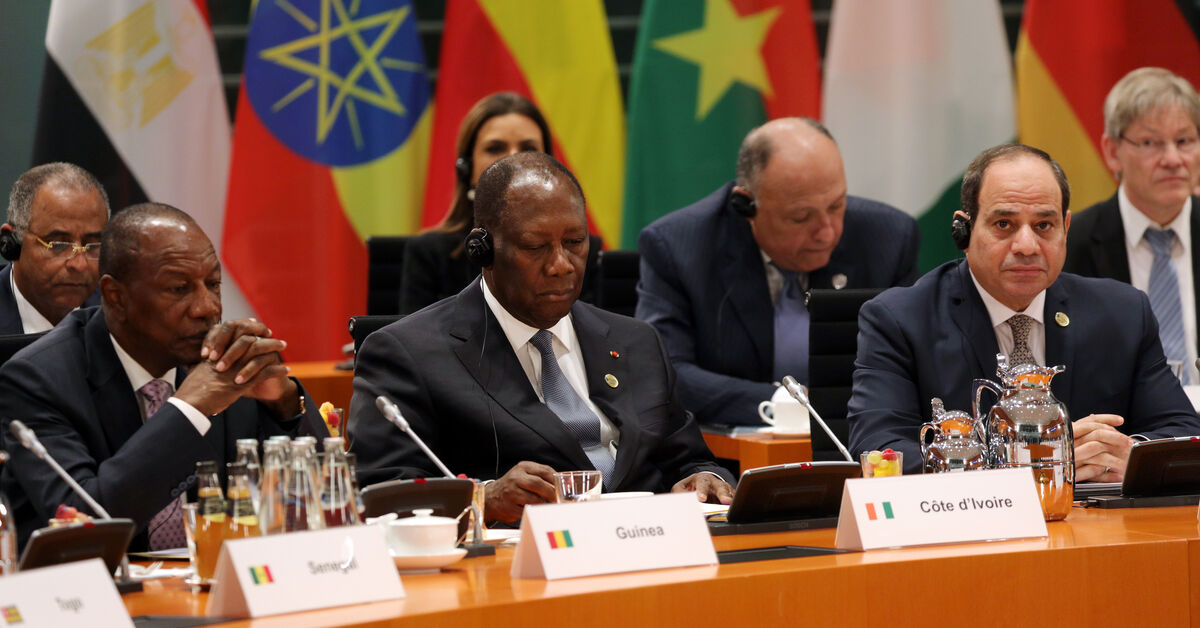 Even as the continent reels from a spate of military coups and the coronavirus pandemic, the relationship with Israel is expected to figure prominently during the summit this weekend.

The dispute was set in motion last July when Moussa Faki Mahamat, chair of the African Union Commission, accepted Israel's accreditation to the bloc, triggering a rare dispute within a body that values consensus.

As heads of state gathered in Ethiopia's capital on Saturday, Shtayyeh called on the body to reject Faki's move.

"Israel should never be rewarded for its violation and for the apartheid regime it does impose on the Palestinian people," he said.

"Your excellencies, I'm sorry to report to you that the situation of the Palestinian people has only grown more precarious."

The summit may see a vote on whether to back or reject Faki's decision, which could yield an unprecedented split in the bloc.

Israel's accreditation last year drew quick protest from powerful members, including South Africa and Algeria which argued that it flew in the face of AU statements supporting the Palestinian Territories.

Earlier Saturday Faki said the AU's commitment to the Palestinian push for independence was "unchanging and can only continue to go stronger."

He defended Israel's accreditation, however, saying it could be "an instrument in the service of peace" while calling for "a serene debate" on the issue.

This year's summit comes as the continent grapples with a string of military coups and the fallout from the coronavirus pandemic.

Four member states have been suspended by the AU's Peace and Security Council since mid-2021 because of unconstitutional changes of government -- most recently Burkina Faso, where soldiers ousted President Roch Marc Christian Kabore last month.

But the AU has been accused of an inconsistent response to the putsches, notably by not suspending Chad after a military council took over following the death of longtime President Idriss Deby Itno on the battlefield last April.

The summit should discuss how to be more proactive in addressing factors that spark coups, including terrorism-related instability and frustration over constitutional revisions that extend leaders' time in power, said Solomon Dersso, founder of the AU-focused Amani Africa think tank.

"It is only when crisis hits that we say, 'Gosh, how come this country is falling apart like this so quickly?'" Solomon said.

On Saturday, South African President Cyril Ramaphosa, who is attending the summit virtually, is expected to provide an update on Africa's response to the coronavirus pandemic, nearly two years after the continent's first case was detected in Egypt.

As of January 26, only 11 percent of Africa's more than one billion people had been fully vaccinated, according to the Africa Centers for Disease Control and Prevention.

The African Union is also facing pressure to push for a ceasefire in Ethiopia, where a 15-month war has killed thousands of people and, the UN says, driven hundreds of thousands to the brink of starvation.

It is unclear whether and how leaders will address the conflict, which pits Prime Minister Abiy Ahmed's government against fighters from the northern Tigray region.

The fact that Ethiopia hosts the AU makes any intervention by the bloc especially delicate, and Faki waited until last August -- nine months after fighting began -- to appoint Nigeria's former president Olusegun Obasanjo as a special envoy tasked with trying to broker a ceasefire.

Ethiopia has also held a seat on the Peace and Security Council, though it failed in a bid to stay on the 15-member body this week, diplomats said.